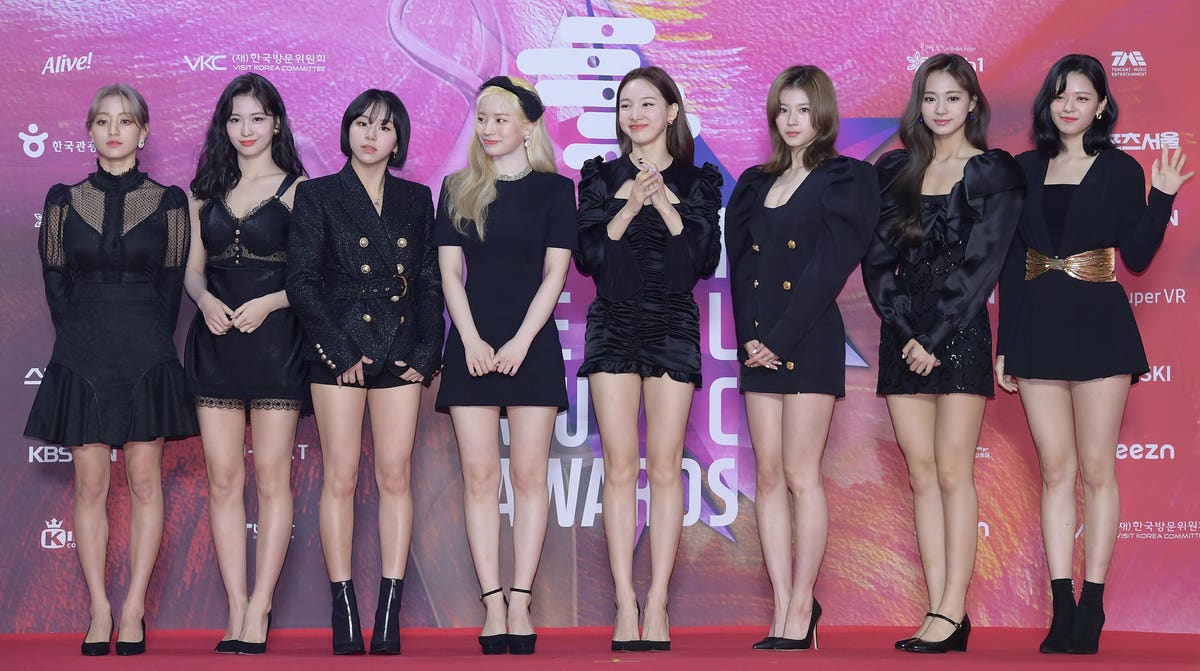 Twice scores a huge win on the Billboard 200 albums chart this week in America with their latest full-length Formula of Love: O+T=<3, which debuts at No. 3 on the competitive ranking. The set comes in behind only just-released projects by the likes of Taylor Swift (Red [Taylor’s Version]) and Bruno Mars and Anderson .Paak (An Evening with Silk Sonic), and it instantly becomes the highest-charting and biggest debut on the list for the girl group.

It’s certainly impressive that Twice is back inside the top 10 on the Billboard 200 just a few months after scoring their first hit on the ranking of the most-consumed albums in the U.S., but simply by appearing on the tally in any position, they have made history among their countrymen.

Twice has now sent four different collections to the Billboard 200 throughout their time together, and that stands as one of the most impressive accumulations of appearances on the tally among South Korean stars. In fact, they are now tied with three other names for the second-most successful titles on the roster.

The South Korean girl group first reached the Billboard 200 in the summer of 2020, when More & More barely broke onto the list, peaking in last place at No. 200. In typical Twice fashion, they returned with new music after just a few months, and in October of the same year they pushed their full-length Eyes Wide Open to No. 72. In 2021, they’ve debuted a pair of efforts on the list, and they have both made it to the top 10. This summer, Taste of Love rose all the way to No. 6, and now they’ve improved that showing as well by peaking at No. 3.

With four Billboard 200-charting albums, Twice is now tied with fellow South Korean vocal acts Exo, NCT 127 and Tomorrow X Together, who have all also sent a quartet of studio efforts to the ranking. The only band from the Asian nation that has performed better in the U.S is BTS. That septet has now sent an incredible 14 EPs and albums to the Billboard 200, with five dominating the chart for at least one frame. With a fourth win, Twice breaks their tie with Blackpink and G-Dragon, who are steady with three appearances on the tally.