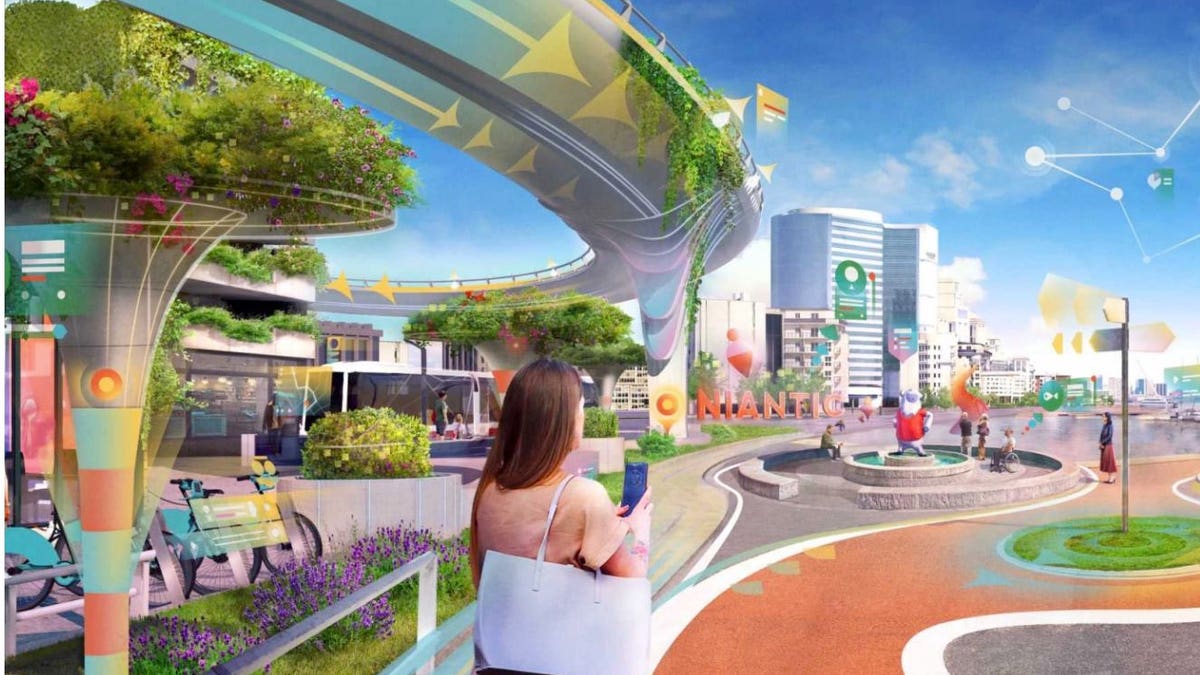 Augmented World Expo (AWE) wrapped their 12th edition yesterday, having attracted over 3,000 consegnati to Santa Clara live and in-person. There was also an online option, provided by Roooms. Highlights go here, but it’s going to take a day or two to sum up my feelings about this very important conference and expo, which started as a meet  up, and still has that familiar, collegial vibe, even when 10,000 people show up, as they did in May, 2019. Perhaps the most apt summation came from XR Pioneer Ari Bar-Zeev. “From the XR pros who made it to AWE this week, we all expressed joy, gratitude, even relief at seeing each other in person. I’m still bullish on the ability of XR to bring remote people together. But it’s clear that the technology is not yet providing the value of face-to-face.” At the end of his keynote Niantic co-founder and CEO John Hanke implored us. “Let’s build a world we want to live in, and not escape from.” That resonated with everyone there.

Unity Buys Weta for $1.6 B Peter Jackson’s special effects powerhouse is selling its unique technology and engineering team to Unity, a company which can commercialize what they have built, speeding their entry into Hollywood.

Sure Signs Location Based VR (LBVR) is Back. Andressen’s a16z Fund adds another $37 M into Sandbox, which seems to have its pre-pandemic mojo back, attracting celebrity investors and top VCs. Dreamscape opens its Paramus, New Jersey location, which will be run by AMC. Virtuix, creators of the Omni Arena, and HP, are offering $100,000 in prizes to winners of its national VR multiplayer competition.

Justin Bieber to Stage Interactive Virtual Concert With Wave on November 18th.  “Justin Bieber – An Interactive Virtual Experience.” will give fans a “futuristic look into the metaverse, merging gaming, real time motion-capture, and live musical performance into an immersive interactive experience. Audiences will go on an epic and intimate musical journey with Bieber and see him perform songs from his #1 album Justice before kicking off his 2022 Justice World Tour.” The event is free. Fans can sign up on wave.watch and experience the event Thursday, November 18 at 6pm PT/9pm ET. Rebroadcasts will follow on November 20 and 21.

Award-winning ShapesXR Collaboration Tool Launches in Quest Store. The new app enables up to twelve participants, developers and, importantly, non-developers, to share a spatial VR environment where they can work together. Users can create their own content using ShapesXR premade scenes, or start from scratch, building and uploading their own 3D models in .obj format. Designers can introduce and manipulate simple shapes at scale, change color and materials, research user flows and review prototypes as 3D storyboards. The resulting design can then be imported into Unity with textures and properties intact for further refinement.

This Week in XR is now a podcast hosted by Viacom/CBS’ Futurist Ted Schilowitz and Charlie Fink, the author of this weekly column. You can find it on podcasting platforms Spotify, iTunes, and YouTube. Our guest this week is Brian Vogelsang, Head of Qualcomm Snapdragon Spaces.

The real point isn’t to win or lose but to covet and acquire: An 8-Year-Old Explains the Metaverse. (Alex Williams/New York Times)