We Need To Be Loud 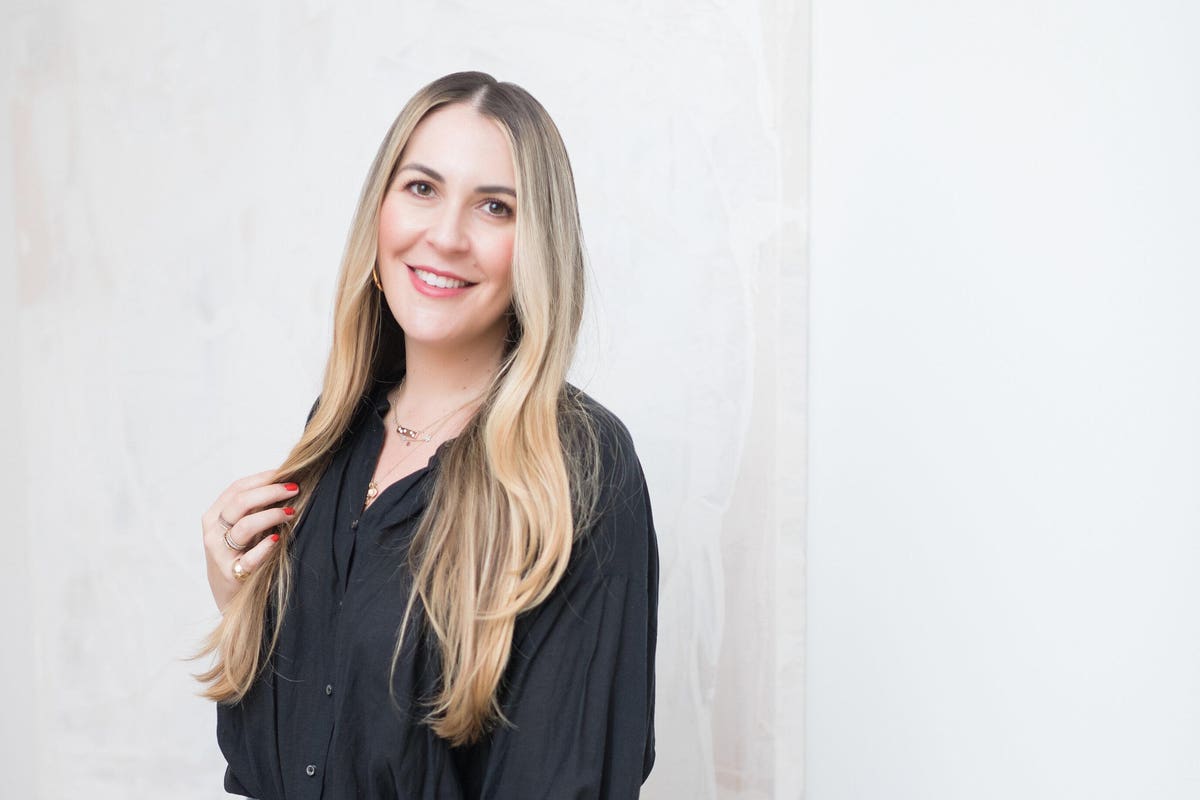 So she set out to create Glowbar: a destination for approachable facial treatments and an aesthetically designed formula that eliminates overwhelming treatment menus and the need for expensive add-ons. By specializing in this service and having a clear focus, Liverman’s brand delivers on its promise to offer efficient yet effective facials.

“Our mission at Glowbar is to help you feel confident in your skin,” Liverman, founder and CEO explains. “I always say this: We’re a skincare business, but we’re also a confidence business.”

While her grandmother pioneered professional skincare as the founder of The Catherine Hinds Institute of Esthetics (which her mother now owns), Liverman is reinventing it by creating an efficient and accessible solution for glowing skin, and the first-to-market, results-driven 30-minute facial concept in New York and Connecticut. The first location opened its doors in June 2019, in Tribeca — a mere few months before the pandemic forced all spas in New York City to shut down.

Since its inception in 2019, Glowbar has more than proven its concept, opening three locations in under two years (with two more to open by the end of 2021) – despite the pandemic and its impact on the beauty and service industry. Organically grown from day one and thanks to Liverman’s drive and tenacity, Glowbar is on track to end 2022 with a total of 12 locations.

“We just recently celebrated our one year anniversary of being reopened,” Liverman shares. “When we shut down, we had one location in Tribeca, then when we reopened, we added a location in the Upper East Side. So during the pandemic, I was building out our second location. During that period, I also signed a third lease — and we opened in Westport, Connecticut, in April of 2021. So we grew from one location to three during the pandemic.”

With month over month growth at over 100% since reopening in September, Glowbar is set to close out 2021 with two more locations: Williamsburg and Long Island.

“We are betting on ourselves. When I mentor people, I remind them that if you can’t bet on yourself, no one’s going to bet on you. And so there’s something to be said about being a female-owned business — raising capital for me is really hard. I have to be a little bit more confident and a little bit more bullish to really get the space that we deserve in this industry.”

Considering this is an industry that was hit hard during the pandemic, one might hesitate to expand more brick and mortar locations. Not for Liverman, whose fearless attitude and belief in her concept has motivated her to double down on retail and real estate locations.

“We’re on to something. There’s momentum, and in the brick and mortar space, you have to scale fairly quickly in order to capture the market,” she explains. “We want to take up space and establish ourselves as a real player in the industry. Glowbar was built in a really efficient way, in terms of the business model itself, so we always intended to grow this fast. It was always built so that we had small-format studios with lower overhead.”

Prior to launching Glowbar, Liverman worked up the ranks in the beauty industry for ten years. She attended The Catherine Hinds Institute of Esthetics and got her esthetics license (making her an expert in Glowbar’s actual product, not just the business.)

Liverman’s background blends both beauty and business development: she was one of Birchbox’s original employees and played a crucial role at the beauty subscription box disrupter by growing the internal team from 15 employees to 300, expanding the brand’s international presence and building a $40 million e-commerce business over three years. Following her tenure at Birchbox, Liverman was a consultant with Stila and Eyeko prior to running business development at Beautyblender for three years.

She credits her time at Birchbox for demonstrating the power of loyalty and membership programs in beauty.

“That experience taught me a lot about the lifetime value of a customer and really getting them engaged with a brand, by having that membership aspect,” Liverman shares. “The funny thing is, we weren’t going to launch Glowbar with a membership. The day before we opened Tribeca, we said, let’s turn it on. If someone wants to become a member, great, if not, no big deal. And now over 30% of our clients that walk through the door join the membership.”

This points to a change in consumer behavior where facials are concerned: it means that Glowbar’s customer is going from one treatment a year to four treatments a year (membership at Glowbar requires a commitment of four sessions).

“Membership is a great way to scale, but it’s also a great way to show customers that it takes a bit of time to get educated on skincare and a little bit of time to see results —although you’ll look great after a facial treatment, the results are a gradual process. And that is an education moment for a lot of our clients,” Liverman adds.

While Glowbar’s doors were closed for those six months during the pandemic, Liverman decided to go inward and use that time to pause, course correct — “We had been open for nine months. What worked? What didn’t? What should we tweak during this gift of time, to actually reassess the business?” — plot out the new Glowbar spaces, give free FaceTime consults to Glowbar clients and non-clients alike, and make noise on behalf of the facialists of New York City.

Liverman spearheaded a campaign to allow New York City to reopen spas during the pandemic, which led to over 50K emails sent to Governor Cuomo’s office.

“We realized we had to be louder and we had to really make our claim to our businesses and get that conversation going. Glowbar is a scrappy grassroots business, we have never paid for marketing, we do everything really scrappy. And it’s something that is in our core and in our DNA. And so we decided to do the same with this campaign, on behalf of the esthetician community and other skincare brands in New York City. So we created a link on our Instagram bio, which was an autogenerated email on Gmail, sent to Governor Cuomo’s office.”

About six weeks later, on September 4, she received an email from the government of New York State saying that the campaign worked: spas were allowed to reopen.

“Everything we do revolves around the local community — that’s who we serve,” Liverman shares. “And the beauty of it is that we’re at pre-pandemic numbers again, with hardly any offices being at full capacity in Tribeca, for example.”

In addition to opening new physical locations, Glowbar is launching its own first product to market in Q1 of 2022. (Glowbar currently sells three exclusive professional brands at its locations.)

“We stick to our mission and what’s true to our ethos,” Liverman asserts. “When it comes to facials, I was looking for estheticians who specialize in the neck up and who were going to give me the most customized, effective treatment. And I hope that’s what we’ve created today.”