While The Nets Thrive, The Knicks Take A Nosedive 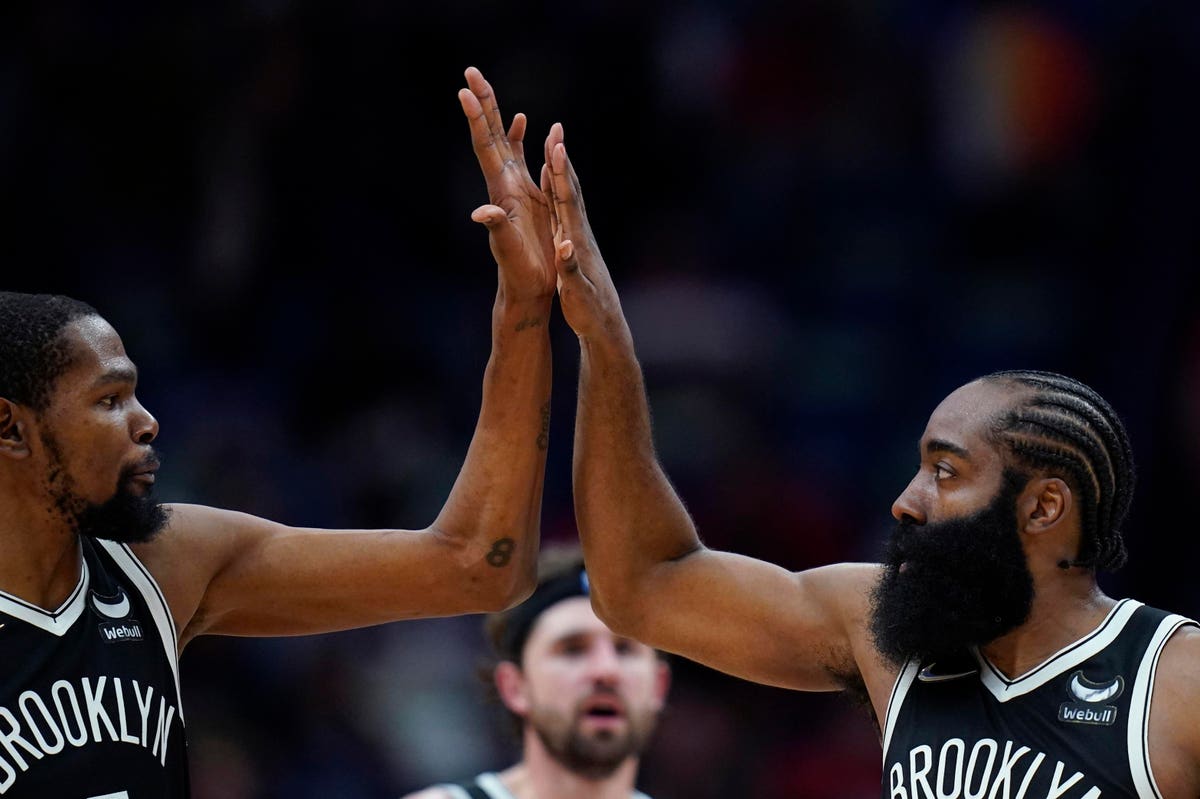 Julius Randle, R.J. Barrett, Kemba Walker and the Knicks raced out to a 5-1 start to the NBA season, and it appeared the magic was back inside Madison Square Garden.

Their rival, the Nets, meantime, struggled out of the gate to a 2-3 start and the dominant narrative centered around how much the team needed non-vaccinated superstar Kyrie Irving to complement his fellow “Big 3” members Kevin Durant and James Harden.

Yet since the calendar flipped to November, the scripts have flipped.

The Knicks have dropped five of their last seven games following Friday night’s 104-96 loss in Charlotte and are now 5-7.

Following Friday’s 120-112 victory over the Zion Williamson-less Pelicans, they have won seven of eight games, stand at 9-4 and are in a virtual tie with the surprising Washington Wizards atop the Eastern Conference. They remain the favorites to win the NBA title even without Irving.

Moreover, who would’ve thought the Nets would be playing defense than the Knicks? Brooklyn ranks ninth in the NBA in points per game allowed at 104.1, while the Knicks ranked 22nd at 109.2.

While Irving spends his time attending Seton Hall games, the team has appeared to move on without him. And after some struggles to start, they are now firing on all cylinders.

Early on, Harden said he was still coming back from a hamstring injury that bothered him last season and said it would take some time until he became the triple-double threat we’ve all come to expect from him on a nightly basis.

But now he’s feeling it and has put the rest of the NBA on notice. He went for 39 points, 12 assists and five rebounds against the Pelicans, getting it going inside the paint and out. He’s averaging a near-triple-double on the season at 19.8 points, 9.0 assists and 7.8 rebounds.

“I’m getting there,” Harden said. “It wasn’t going to take long. I mean, this is the highest [level] in the sport is the NBA, the most talented players in this world. So it’s not going to be easy for me to just come out there and do what I do. It takes a lot of hard work to be playing at a point to which you guys have seen me play at.

“When I’m not scoring 30 points, when I’m averaging 18-some points, it’s like, ‘What’s wrong with James?’ It’s pretty solid still. I’ve been playing so well and so extremely at another level to where you guys set standards for me, and I set standards for myself as well. For me, I just continue to work. I feel a lot better, and the work don’t stop.”

Durant, meantime, went for 28 points, eight assists and seven boards against the Pelicans. Two years after Achilles surgery, Durant leads the NBA in scoring and his 29.4 points per game is a full point more than Steph Curry. You can make the case that Durant, coming off winning a gold medal this summer and having signed a 4-year, $198-million extension in August, is playing as well as — or better — than he ever has in his career.

“It’s hard to say, because he’s been playing like this for the majority of his career,” Nets guard Joe Harris told reporters this week. “He’s one of the best ever to lace them up and play. I know that every night he comes out, he’s trying to prove that he’s the best.”

Asked by the New York Post after the Pelicans game what opposing defenses are supposed to do when both Harden and Durant have it going offensively, Harden smiled and said, “Pray.”

The Knicks, meantime, are struggling through a crisis of confidence while allowing a barrage of three-pointers by their opponents and making a habit of giving up huge runs in the third quarter.

One year after leading the NBA in three-point shooting defense, the Knicks rank 26th in the NBA at opponent three-point percentage (36.9%). The Nets, who were a sieve on defense for much of the 2020-21 season, rank second (31%).

On Sunday, the Knicks allowed Cleveland’s Ricky Rubio to make 8-of-9 from beyond the arc en route to a career-high 37 points. In Wednesday’s 112-110 loss to the reigning NBA champion Milwaukee Bucks, the Knicks gave up 26 baskets from beyond the arc. Pat Connaughton shot 7-of-13 from deep and Grayson Allen was 5-of-11.

The Knicks rank 23rd in the NBA in third-quarter scoring at 24 points, whereas they are 10th in the first quarter, tied for sixth in the second and sixth in the fourth.

It all came to a head this week when head coach Tom Thibodeau benched his starters for the final 14 minutes against Milwaukee.

After the latest loss in Charlotte, Walker said it was up to the starters to show more “energy” and “pride.”

Since the first few weeks of the season, the scripts have flipped for the Knicks and the Nets. Time will tell where they go from here.