With U.S. Covid Cases Rising Again, These 10 States Have The Fewest Infections 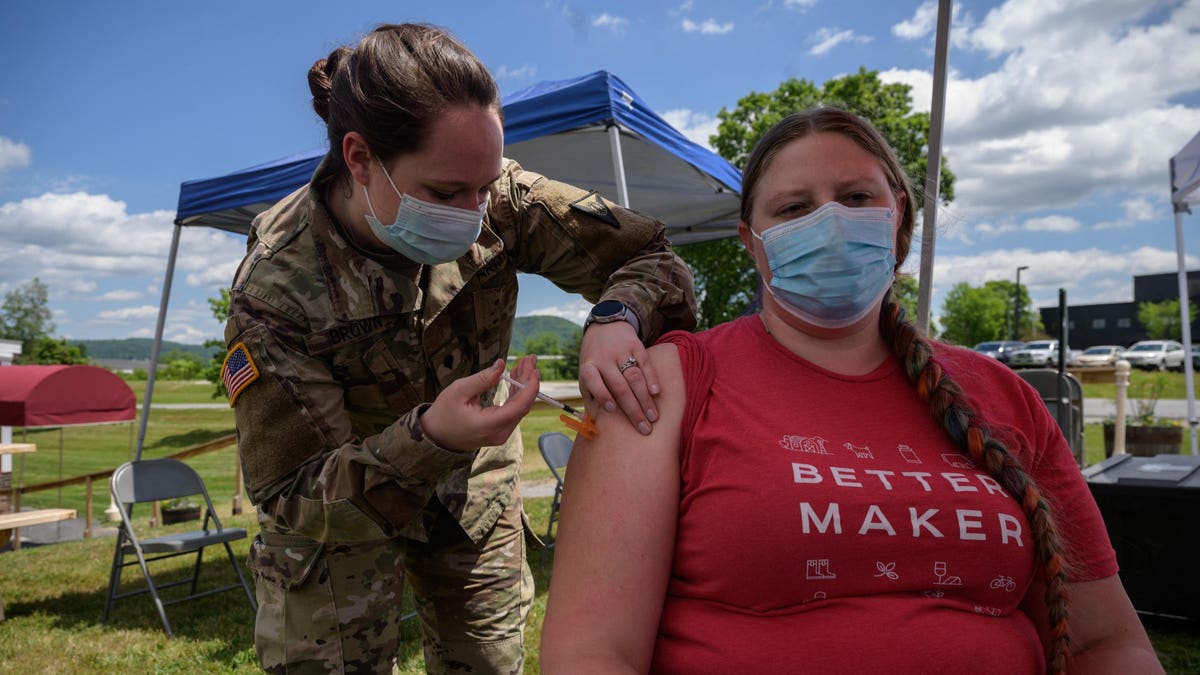 Vermont currently has the fewest new Covid-19 cases in the nation, reporting just 33 infections in one week, or 5.3 for every 100,000 residents, according to CDC data updated Saturday — the rural New England state also has the country’s highest vaccination rate, administering at least one vaccine dose to 74.4% of its residents.

Most of these states are heavily vaccinated: Vermont and Massachusetts lead the rest of the country with partial vaccination rates above 70%, and only North and South Dakota are running behind the nationwide vaccination rate of 55.4%.

The country’s growing case counts are partly due to severe spikes in a few hard-hit areas. Missouri reported 165.4 new cases per 100,000 people in seven days, a nearly 70% jump since last week, and Arkansas had 161.7 infections per 100,000 people, up almost 50% in one week. Both states have lower-than-average vaccination rates: Arkansas has given at least one vaccine shot to just 42.8% of its residents, and Missouri’s partial vaccination rate is 45.8%.

Some states with low case counts also reported small spikes this week. Massachusetts averaged a total of 98 new cases per day over the last week, up from 65 one week prior, and New York’s daily average jumped from 156 cases to 184 over the same period. Still, their daily infection rates are well below the national average.

As vaccinations sped up across the United States in the spring, coronavirus infections plummeted to their lowest levels in more than a year. But the pace of inoculations has slowed down since April, and millions of Americans say they don’t plan on ever getting the shot, leaving some undervaccinated cities and states vulnerable to Covid-19 spikes. Adding to this risk: The highly contagious “Delta” virus variant is now dominant in the United States, and health experts have blamed the new strain for outbreaks in places like Missouri.

“It’s almost like it’s going to be two Americas,” Dr. Anthony Fauci told CNN last week. “You clearly have a high risk of seeing these spikes in those [undervaccinated] areas.”

Colombian accused in assassination plot told sister he was there to protect, not to kill.