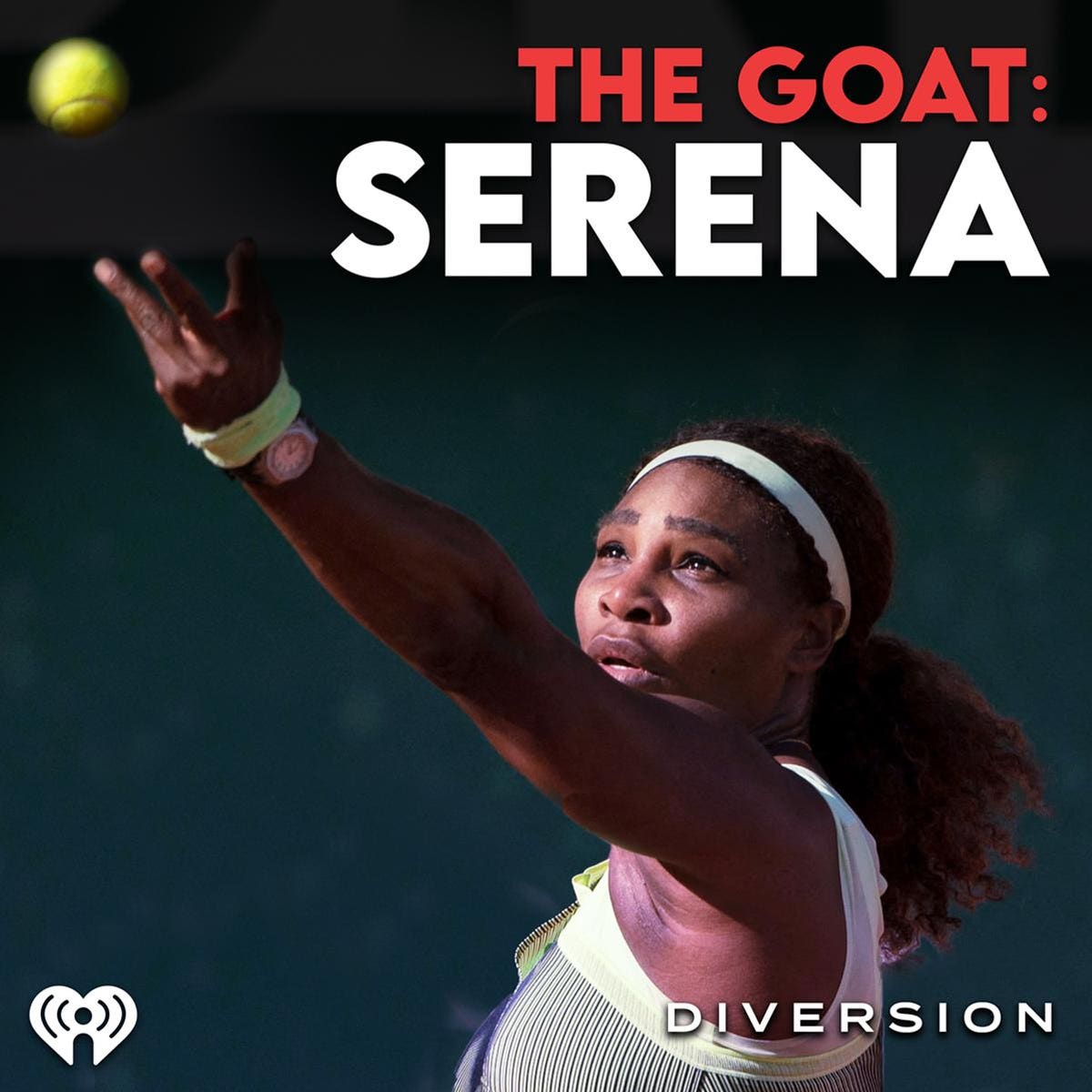 Serena Williams is the GOAT and felloetennis legends Zina Garrison and Chanda Rubin, want everyone to know about it.

In the second season of their podcast, The GOAT: Serena, they examine at the remarkable career of one of the greatest of all-time, tennis superstar Serena Williams. She is a record-breaking tennis champion, philanthropist, beloved friend, and family woman.

I spoke with Zina and Chanda about what the legacy of Serena Williams and she is one of the greatest athletes of all-time.

Grove: As you are aware, Naomi Osaka and Sloane Stephens have been open about being superstar athletes, women of color, and dealing with mental health concerns as well as racism. What are were thoughts about them opening up about their experiences?

Garrison: I’m really happy that they have been talking about it. It’s important to talk about mental health in sports and within our culture and society. It’s always been a problem and sports figures normally have a platform to actually bring awareness of such things. I think Sloane and Naomi are doing a great job of it.

Rubin: I’d say it’s a factor and certainly for some, it has been an issue. For years this is something a lot of athletes but in particular tennis players have dealt with primarily because it’s an individual sport and you don’t always have the support that’s needed. Everybody has their individual teams and family that they put around them but in terms of dealing with the public and all the obligations that comes with it, the expectations, all of the internal pressures, you’re kind of figuring that out on your own from a young age. We have to remember that some of these players are starting when they are 14, 15, 16 years-old. When you’ve got a lot you’re trying to work through and then you get into your 20s, for others, you may seem like your an adult that has figured it all out. But you’re really figuring it out as you go along. That can exacerbate any mental health issues or just the struggles that you deal with as a person trying to grow up in the glare of the spotlight.

Grove: The chemistry between you two is so organic. How did you come up with the idea for the podcast?

Rubin: We started doing that when the pandemic hit. We started doing interviews and just trying to try to find ways to create interesting conversations and stay connected. It sort of took on a life of its own and at one point. I was talking with someone about doing some kind of podcast on Serena. I knew had to bring Zina in because she brings a different perspective. We’ve been flowing and it’s been a lot of fun. I think for us initially, it was to look at Serena through the lens of what it is like to play her, be around her, and makes her so great. It’s more than just the physical gifts and the unwillingness to lose is but also the mental side. We started thinking of it from that standpoint and since we both played high-level professional tennis. I played Serena our careers overlap and Zina was a little ahead of us. She was also an inspiration and a mentor to Serena and Venus early on. She’s had additional coaching interactions with her over the course of her career. So we had different perspectives that we wanted to share. We also wanted to bring other players, those who been around her, and who coached her. We had a fantastic cast of people that we were able to sit down and speak with and that was part of what made this really exciting concept.

Garrison: For me, it was just basically Chanda said. We were sitting around when the pandemic started and Chanda will tell you, I’m really creative sometimes. So I just called Chanda up and asked her, if she wanted to start video podcasting. When she called me about this opportunity, I was really excited for two reasons: I’m one of Chanda’s biggest fans. She gives great commentary as a tennis analyst. So this gave us an opportunity to work together. Secondly, I wanted to really celebrate Serena as the GOAT. We’ve been able to talk to some amazing people that have gone through her life and wanted to celebrate what she’s done.

Grove: What is something that you discovered about her that you didn’t previously know before?

Rubin: There were some incredible stories. Having played her, I already knew how intense she is. But I’ve also spent some time off the court talking to her in the locker room, at tournaments, where we were laughing and giggling together and you get these different sides to Serena but I didn’t know she was so much of a prankster. I kind of see it now but I would not have thought that because she brings such intensity and such a fire to the game. That’s a really cool kind of juxtaposition to think about that side of her. You look at Serena now and how her life is different as a mother and a wife. Also, learning just how great of a mother she is. I mean, I figured she was a really good mom just by talking to her and hearing how other people have interacted with her. I didn’t know the depth of it. So I thought that was pretty cool as a mom myself.

Garrison: I would say for me, I’ve known her since she was seven and she’s always been very intense. She was always a prankster because she enjoys life. But one of the things that I already kind of knew but then I learned even more from talking about it with other people is her faith within herself. We all know that she and her family are very close but they’re even closer than I thought. I would say one of the biggest things that I have found out about her was just how organized her entire life is. It’s incredible what she packs in one day.

Grove: Do you believe Serena can win another major before she calls it quits?

Garrison: Whether she does or not is fine because she’s already defied the odds. I think it has gotten tougher with the competition. Also, you can’t get away from the fact that she’s getting older. If anybody can do it, she can do it. But as we know, in the tennis world, it gets tougher and tougher each and every day. We saw at the US Open, you got youngsters coming 100 miles an hour at her.

Rubin: If she doesn’t win another tournament, what she has accomplished already stands on its own. She has the greatest record in the Open Era. She’s has singles, majors, doubles and mixed titles that she’s won. you know. Hopefully, she does keep going so we can enjoy her for a little while longer being in this sport. She’s helped to completely change the game and we’re seeing the benefits of it just this past US Open with new players coming up who were influenced and inspired by what she’s done. So hopefully we have it for a little bit longer. It’s like what Zina said, what’s so great about this podcast is that we get to celebrate her even if she never wins another one.

Grove: I think it’s an incredible to see Black women like you two who have accomplished so much to celebrate another Black woman while she’s still in the game. But here’s my final question: We know that Serena is the GOAT of tennis but where do we where do you rank her among the greatest athletes of all-time?

Rubin: When you think about Serena, we can’t forget that Venus was first. Without her, there might not be a Serena. I think this is the greatest story in sports history. I don’t know of any story you could really put on the same level of what they accomplished, coming from the same family, how the story unfolded, and how it was foretold. When you consider how much pressure that came with that for these young girls and the idea that she was going to be even greater and then to accomplish what she accomplished, I’m hard-pressed to find a story that’s greater and I’m open

Garrison: I like to watch a lot of different sports and Serena is up there with some of the top men in sports all-time. They like to separate her but if you say who are the top three or four people that have changed the way people look at sports, entertainment, and the whole nine yards plus, what she’s done on the court off the court, I would put her top in the top three athletes of all-time.