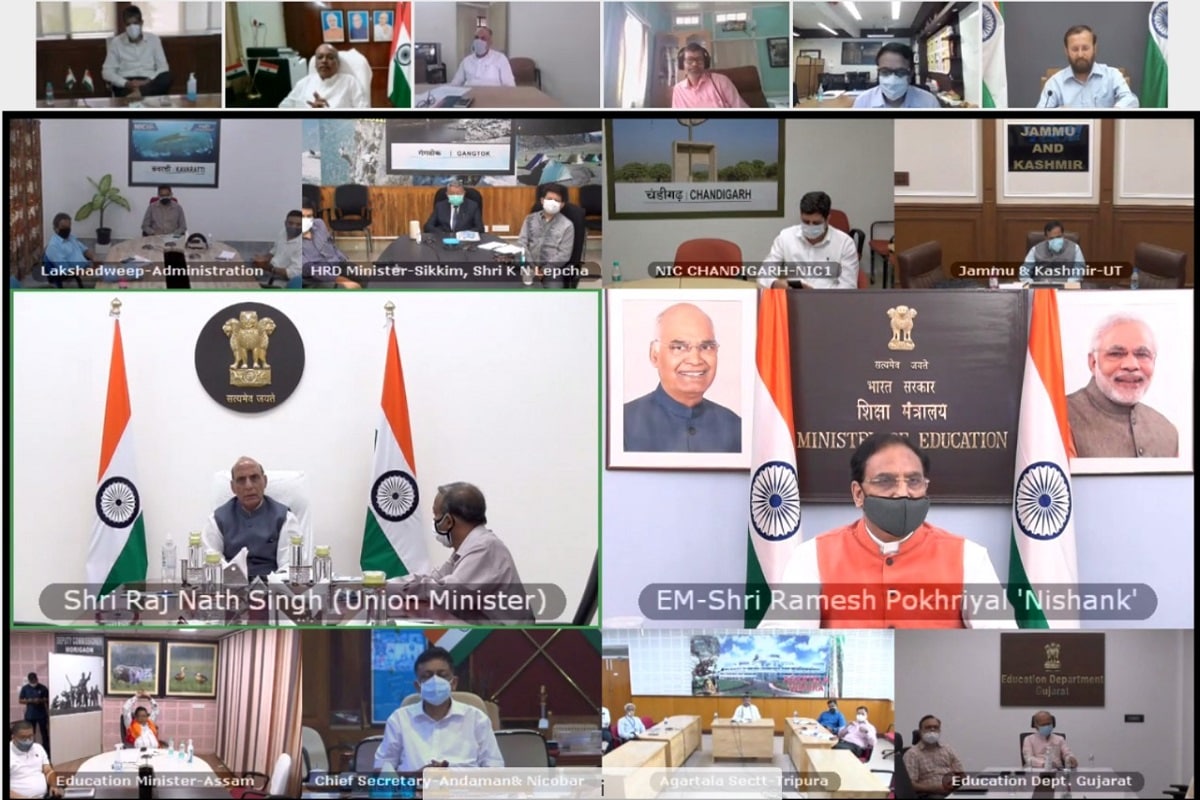 CBSE 12th Board Exams 2021: The meeting between high-profile ministers held today remains inconclusive as states could not reach a consensus. The Minister of Education Ramesh Pokhriyal Nishank has asked states to send their suggestions by May 25 to reach a solution regarding class 12 students at the ‘earliest.’

“The meeting was extremely fruitful as we received immensely valuable suggestions. I have requested the State Governments to send me their detailed suggestions by 25th May,” said Pokhriyal after the meeting chaired by Defence Minister, attended by Women and Child Development Minister Smriti Irani and I&B Minister Prakash Javadaker. The meeting which also had representatives from states had seen many different opinions.

While some states were considering holding exams in September or at a later stage, some had requested a zero exam policy and passing students based on internal assessment. The demand for vaccinating students in the age group of 15 to 18 was also raised at the meeting. Currently, India does not have any policy to vaccinate children.

While the final call was not taken today, Pokhriyal said that it would be announced soon. “I’m confident we will be able to arrive at an informed, collaborative decision regarding the Class 12th board exams and remove the uncertainty among student’s and parent’s minds by informing them of our final decision at the earliest,” the Union Education Minister said.

In the meeting demand for vaccination was also raised and the officials were told that their demands for vaccination will reach the concerned ministry. While in India there is no policy yet to vaccinate the younger population, there has been an increasing demand for the same. While Delhi Education Sisodia had raised the concern today in the meeting to vaccinate 17.5 years old students too, there are demands among preteens and children for vaccination. Pediatricians claim that cases of anxiety and screen addiction have increased among children as they continue to be confined to their homes for over a year and vaccination would help them play outdoors and attend schools in small groups.

Pokhriyal said that this meeting was called to enable Central and State Boards and other exam agencies to be able to examine various options available in the present challenging circumstances. He assured that the deliberations with all stakeholders in the meeting today “will help in reaching a suitable decision on exams in the interest of all the students and ensuring a bright future for our children.”

Meanwhile, CBSE has proposed to hold the 12th Board exams from July 15 to August 26. The exam datesheet will be announced on June 1. Further, the exam pattern will also be changed..read more