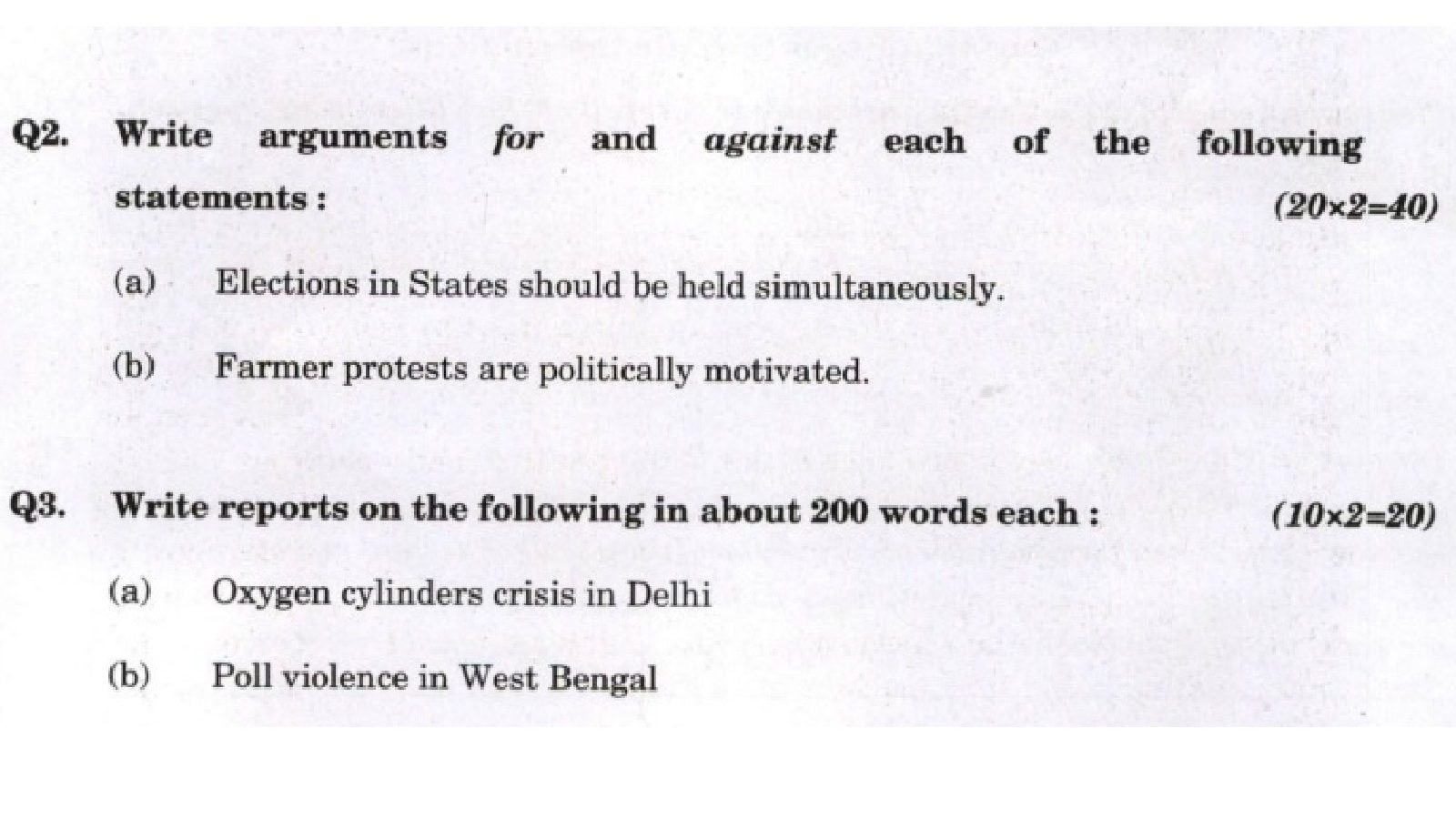 ‘Is farmers protest politically motivated?,’ asked Union Public Service Commission (UPSC) in CAPF Assistant Commandants recruitment examination 2021. The paper also asked aspirants to write a ‘200-word piece opinion on the post-election violence in West Bengal’. The oxygen cylinder crisis in Delhi was also one of the questions asked in the recruitment exam. The controversial questions have not gone down well with opposition who are alleging that the central government is looking to recruit people with a specific political ideology. The TMC is demanding the cancellation of the exam.

The CAPF exam 2021 question paper is now a point of discussion in the political arena. This exam was conducted on August 8. In the general studies essay and comprehension paper question, number 3b asked students to write a report on 200 words on “Poll Violence in Bengal”.

This question has created a spark in the political arena. TMC has questioned why such motivated questions are asked in the exam.

Senior MP of Loksabha Saugata Roy said, “This is the politicising the entire recruitment process. They are supposed to be neutral. It’s an effort to malign all people who are in opposition, they want whoever will join service should have an anti-opposition feeling .”

TMC seems to be taking up this issue speaking to News18 Mohua Moitra says “ This does not surprise me because CAPF increasingly now utilised by BJP and in Bengal polls, they showed it .”

On the other hand, BJP State President Dilip Ghos said “ I feel this is an appropriate question they have given, TMC can withdraw Netaji and include Singur Nandigram in syllabus then what happens? Thousands of people are out of the home this is a partition situation in Bengal. People who will be joining should know what is happening where.”