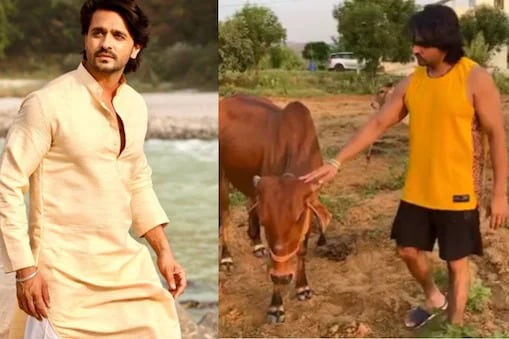 He has also learnt to drive a tractor during the pandemic.

Ashish Sharma started his television career with the show Gunahon ka Devta in 2010.

Popular television actor Ashish Sharma, who enthralled his fans in various remarkable roles on the small screen, has taken a decision that has left his fans stunned. The Siya Ke Raam actor, who played Lord Ram in the show, has posted pictures and videos on his Instagram which shows that the actor has taken to farming as his full-time occupation, leaving behind the glitz and glamour of the entertainment industry.

Sharma, who starred in shows such as Gunahon ka Devta and Rangrasiya, said that he has left acting and shifted to farming. According to him, the lockdown taught him the true meaning of life. In a conversation with ETimes, he said that he learned how to mow lawns, sow seeds, and milk cows among other activities. He has also learnt to drive a tractor during the pandemic.

According to Ashish, farming has been in his family for ‘centuries’. “I realized that it is the small joys in life which make it beautiful. I decided to return to my roots and become a farmer. Farming has been our profession for centuries, but it was abandoned after I shifted to Mumbai. So I thought of coming back to farming.”

“We have 40 cows and 40 acres of land in the village. I want to encourage a healthy lifestyle and teach the younger generation how to get closer to Mother Nature,”Ashish added.

Ashish Sharma started his television career with the show Gunahon ka Devta which also starred Vineet Kumar and Nivedita Bhattacharya. He had also ventured into films with movies such as ‘Love, Sex aur Dhokha’ and ‘Khejdi’.