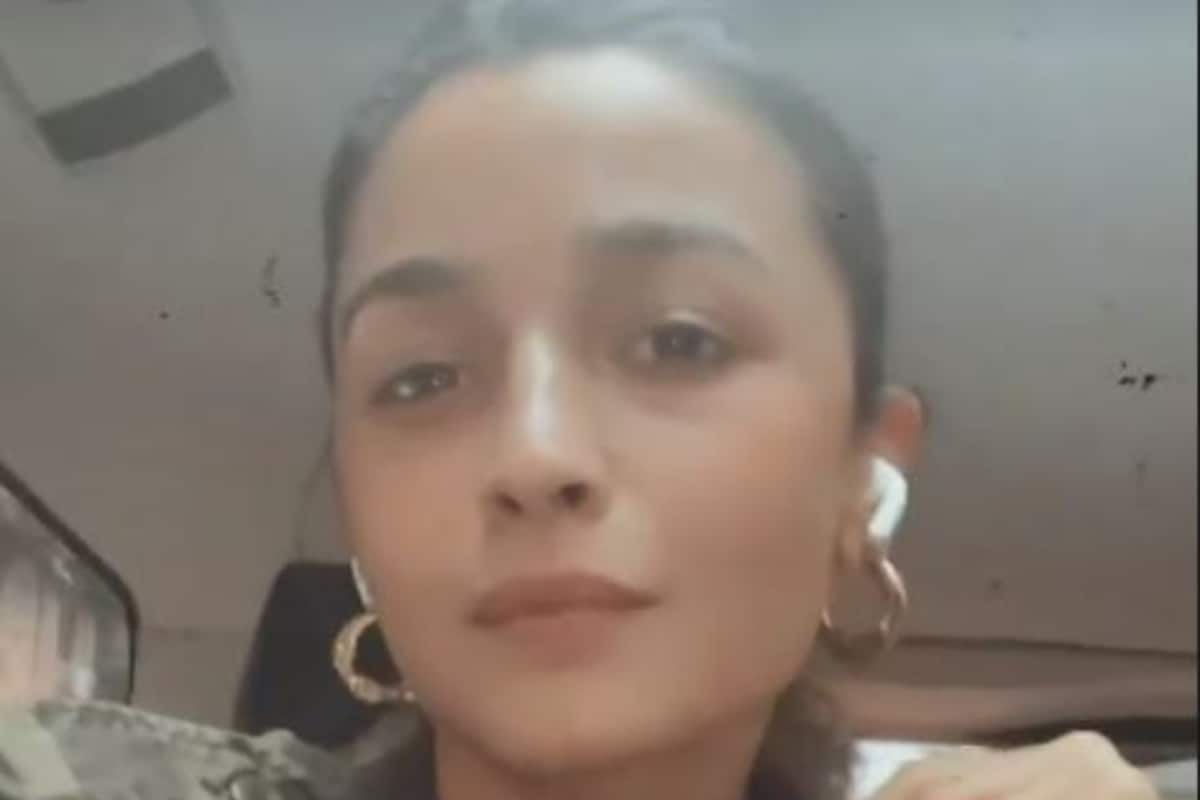 Bollywood actress Alia Bhatt has taken time out of her Darlings schedule to fly to Hyderabad, where she will shoot for SS Rajamouli’s magnum opus RRR. Recently, the makers of the film had announced that they are almost done shooting, with the exception of two songs. RRR is Alia Bhatt’s Telugu debut. The film has been under production since November of 2018, but saw a lot of delays due to the Covid-19 pandemic.

Alia, who plays Sita in the film, shared a boomerang from her car. She could be seen wearing a black tank top, camo jacket and golden hoops. She was also seen wearing her airpods. She wrote, “And finally… Team RRR here I come.”

Actress Alia Bhatt announced she is flying to Hyderabad to shoot RRR.

Alia recently shared a behind-the-scenes video from the sets of the film. She wrote, “Happy to have been part of such an energetic team.”

Alia is very busy with multiple projects in the pipeline. Recently, it was announced that she will be starring in Karan Johar’s directorial Rocky Aur Rani Ki Prem Kahaani. She shared a poster from the project and wrote, “A love story that is going to be far from the usual, Rocky and Rani.”

She also shared another teaser video announcing the rest of the cast. “Legendary, evergreen and inspirational! Meet the true pillars of this kahaani – Dharmendra, Jaya Bachchan & Shabana Azmi!”

She also recently turned producers as her first venture Darlings went on floors. The film, which also stars Shefali Shah, Vijay Verma, and Roshan Matthew has been co-produced by Shah Rukh Khan. On the first day of shoot, Alia penned a lengthy yet endearing note on Instagram to mark the occasion.

On the work front, Alia will also be seen in Sanjay Leela Bhansali’s Gangubai Kathiawadi. She also has Ayan Mukerji’s Brahmastra opposite boyfriend Ranbir Kapoor.

Meanwhile, RRR is a fictional tale based on the lives of two freedom fighters in the early 20th century – Alluri Sitarama Raju and Komaram Bheem, played by Ram Charan and JR NTR respectively. Ajay Devgn and Olivia Morris also play pivotal roles in the film. RRR was scheduled to release on October 13 this year but it has been reported that makers are considering a delay due to Covid-19.

A Bright Engineer is Now a Daily Wage Labourer