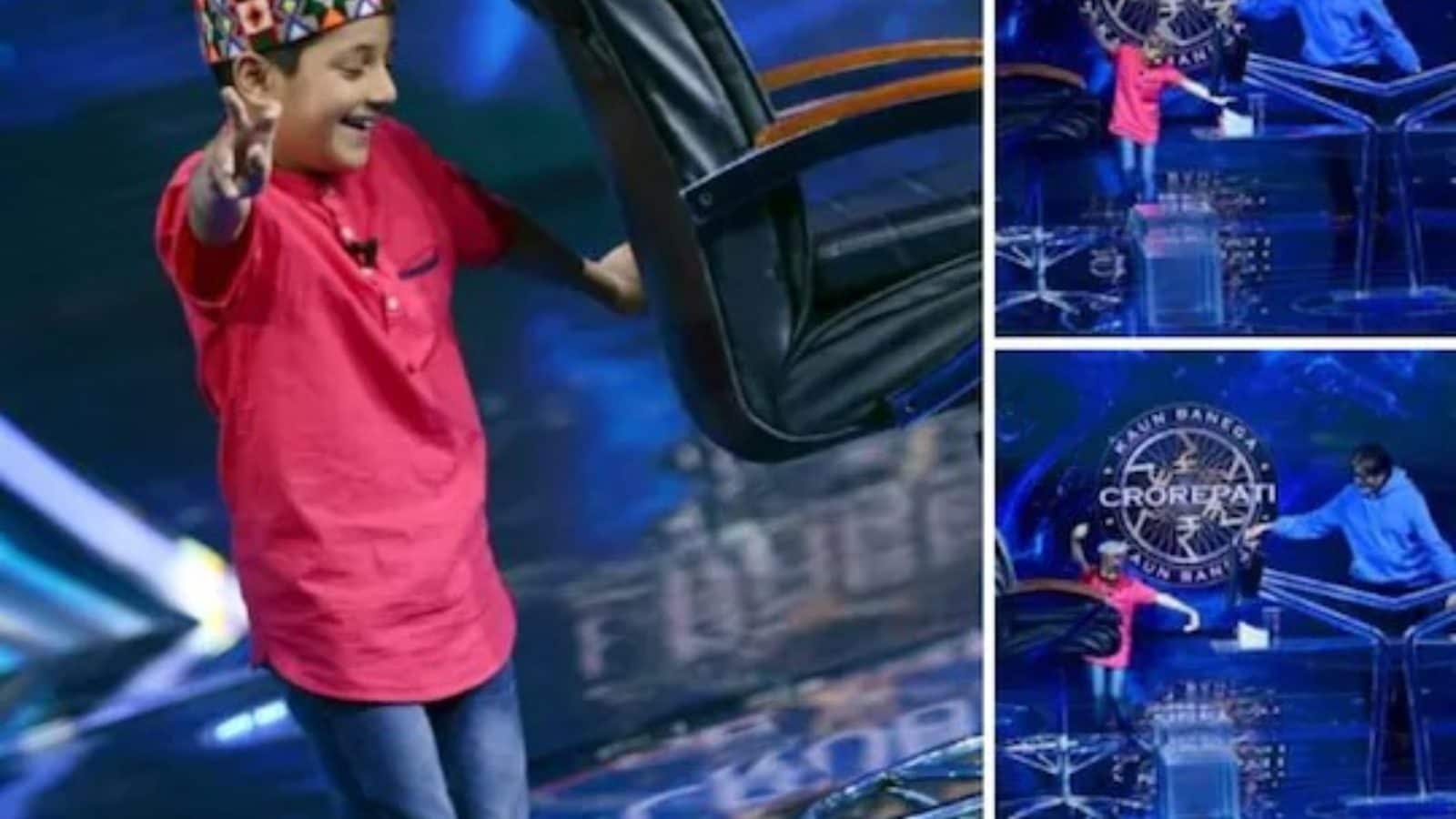 Here are the pictures of Arunoday with Big B.

Kaun Banega Crorepati continues to bag high TRPs through its episodes. In the “Student Special Week” episode, Arunoday Sharma from Shimla will be seen with Bollywood’s Shehenshah Amitabh Bachchan. The episode will air on November 25. Amitabh Bachhan has posted several cute pictures with the nine-year-old on his Twitter.

In his tweet, Big B has written that usually he does not share pictures of episodes before they air, but the session with Arunoday was such fun that he could not stop himself from uploading photos on social media. Here are the pictures of Arunoday with Big B:

According to sources, Arunoday studies in the fourth grade of the prestigious private school St. Edward’s, and he recently was selected to appear in one of the episodes of the Student Special Week of Kaun Banega Crorepati. His father Jagdish Sharma and mother Mamta Paul Sharma have travelled to Mumbai with him.

Both of Arunoday Sharma’s parents are working in government jobs in the Baaghi village of Kotkhai district in Shimla. Arunoday Sharma’s father Jagdish Sharma is District Treasury Officer while mother Mamta Pal Sharma is employed with the CDPO of Shimla Urban.

Mamta Pal Sharma told reporters that they have completed the shoot and returned from Mumbai to Shimla. But according to the terms and rules of the company, they are bound by a non-disclosure agreement and cannot say anything until the episode airs on television.

Father Jagdish Sharma said that he is very happy that he got to meet Amitabh Bachchan, and for this, he credits his son Arunoday Sharma. Both parents added that they are very proud of him.