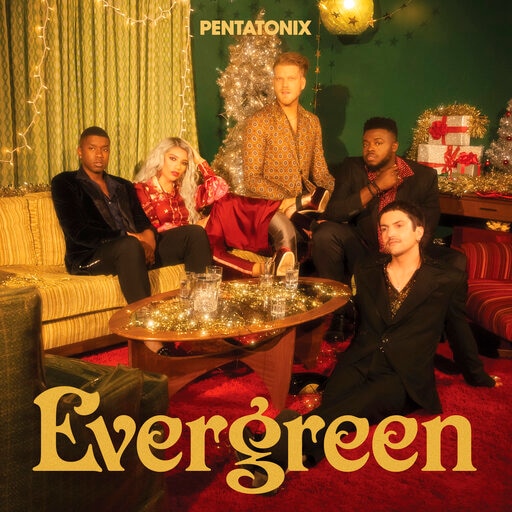 Its that time of year to grab some hot coco, don your coziest sweater and put on some festive tunes. Whether youre dealing with holiday heartbreak or reuniting with loved ones after an uncertain two years, theres music for everyone this season.

Its not really Christmas until the gang from Pentatonix release new material and this year theyve stretched the definition of Christmas material.

The a capella quintet offer classics like We Wish You a Merry Christmas and It Came Upon the Midnight Clear but also tackle songs not often caroled, like Stevie Wonders I Just Called to Say I Love You and Joni Mitchells River. Its risky and lets just say the originals are safe.

Better is when they give I Saw Three Ships a propulsive beat and when they ask Alessia Cara over to lead on Frosty the Snowman. They even give the Beach Boys a run with their smashing cover of Little Saint Nick.

Pentatonix boldly take on a Beatle Paul McCartneys Wonderful Christmastime and its not half bad, as well as contributing a twangy original song, the title track Evergreen, which, its only right, must be covered by another artist for their Christmas album next year.

Kelly Clarkson has you covered with When Christmas Comes Around…

The Grammy winners 15 track Christmas album featuring Chris Stapleton, Ariana Grande and Brett Eldredge is filled with covers and originals to get everyone through the holiday season. Its an instant classic with songs that will surely get radio time for years to come.

You ruined all my favorite things, she sings on the jubilant Christmas Isnt Canceled (Just You). But you wont take Christmas from me. The songs playful, defiant cheer make it an early stand out.

Another album highlight is Glow. Clarksons voice melding with Stapletons is intoxicating. Nothing has changed, I still wish you could be wrapped up in my arms spending Christmas with me, they sing.

Whether shes reclaiming Christmas for herself or reminiscing on the ghost of Christmas past, Clarkson covers all the feelings brought on by the holidays with flare and fun.

Lets face it, most Christmas music idealizes a holiday season that is sometimes more stressful than sentimental.

Hell of a Holiday, the first Christmas music from the trio of country singers the Pistol Annies, is for those holiday survivors. Miranda Lambert, Ashley Monroe and Angaleena Presley bring both humor and harmony on a collection of 10 original songs and three classics.

Harlan County Coal is inspired by Presleys hillbilly family gatherings, complete with shotgun shell tree ornaments. The fun bop Snow Globe would be a great add to a holiday party playlist, while their cover of If We Make It Through December is perfect for those dark chilly nights. The trio put a break on the hustle to remember the reason for the season by singing Happy Birthday to Jesus.

If the holidays have you both excited and exhausted, the Annies have enough cheer to get you ready to face the new year.

It would be hard to find a better fit for Christmas in pandemic times than the new holiday release by Hiss Golden Messenger. Its wistful but not hopeless, fully cognizant of the difficulties weve all been living through, and yet its encouraging. In many ways it feels like an extension of the bands last album, Quietly Blowing It, a truly constructive take on the hard times wrought by COVID-19.

Its Christmas, baby, thank God we made it, lead singer and creative force M.C. Taylor sings dolefully on Hung Fire, one of several sublimely spiritual new compositions that could find their way into holiday rotation for years to come.

The albums style is soulful, even majestic, on original Taylor compositions, surprising covers and holiday classics that only gain in stature by being re-worked in the bands laid-back Americana style.

Ultimately, an excellent band that just keeps getting better is a perfect match for a holiday season that comes upon us in less than perfect times.

Singer-songwriter Amanda Shires Christmas list includes beach vacations, a boat, cold hard cash and a date with comedian Larry David, but shes not sharing her presents, so take a hike. Those are the sort of weirdly wonderful sentiments that appear on Shires holiday record, For Christmas, a collection of mostly original songs that feel a bit like a Christmas Eve fever dream.

With her high warbling vocals and her poetic lyrics over pianos, Shires wanders through the holidays with an eye on the little details. Shes gussying up that pine tree on A Real Tree This Year, and detailing a sexy holiday tryst on Blame It on the Mistletoe.

Her Silent Night is depressing and gloomy, which, if were being honest, is not an unusual feeling at the holidays, especially after the last two years.

But the best tracks are the ones where shes backed in harmony by the always impressive McCrary Sisters, such as Magic Ooooooh and Gone For Christmas.

I want to be a Jolly Jones, Norah Jones sings on the opener of I Dream of Christmas.

And a Jolly Jones she is.

On her 13-track debut holiday album, Jones sultry vocals lend themselves well to Christmas songs. She reimagines some covers, bringing a Latin influence to Run Rudolph Run with bongos and maracas and doing a ragtime rendition of Christmas Dont Be Late.

On others, she pays homage to the roots of the originals. The influence of Vince Guaraldi on Christmas Time Is Here is fully present. Likewise, Norah Jones does little to deviate from Elvis Presleys bluesy Blue Christmas.

Also on the album are six originals by Jones. After two years of uncertainty, Jones is ready to gather with loved ones and feel the comforts of Christmas again in Christmas Calling (Jolly Jones). In Youre Not Alone, she brings spiritual undertones to a time that’s lonely for many (“If you are tired/And you are scared/You’re not alone”).

Perfect for curling up by the fire, a snowy road trip or a holiday dinner, I Dream of Christmas is easy listening Christmas jazz.

Pretty much everything Kristin Chenoweth touches is magical and Christmas is no different.

The dozen tracks on the Broadway and TV actors Happiness Is… Christmas showcase an artist who can go from angelic to vixen, funny to heartfelt.

Its her first holiday offering since 2008s A Lovely Way to Spend Christmas and it kicks off with a medley Happiness (Is Christmas)/Christmas Time Is Here that includes a sly tribute to one of her musicals, Youre a Good Man, Charlie Brown. Later, try not to swing dance to another medley, the jazzy (Everybodys Waitin For) The Man With The Bag/Jingle Bell Rock.

Her Merry Christmas Baby with Keb Mo is so sexy it might be raunchy (and, yes, a raunchy Christmas song is just what we need.) One tune later, Christmas Lullaby, is ethereal and celestial. Her version of the Carpenters Merry Christmas, Darling has a slight twang and deep melancholy.

And its not all Christmas. In a nod to inclusiveness, she absolutely shines signing Stephen Schwartzs The Chanukah Song (We Are Lights). Later she will make you crack up with Andrew Lippas Santa, Ive Got a Bone To Pick With You! (I got a thong/But then my mother got the same). Chenoweth, Christmas, classic.