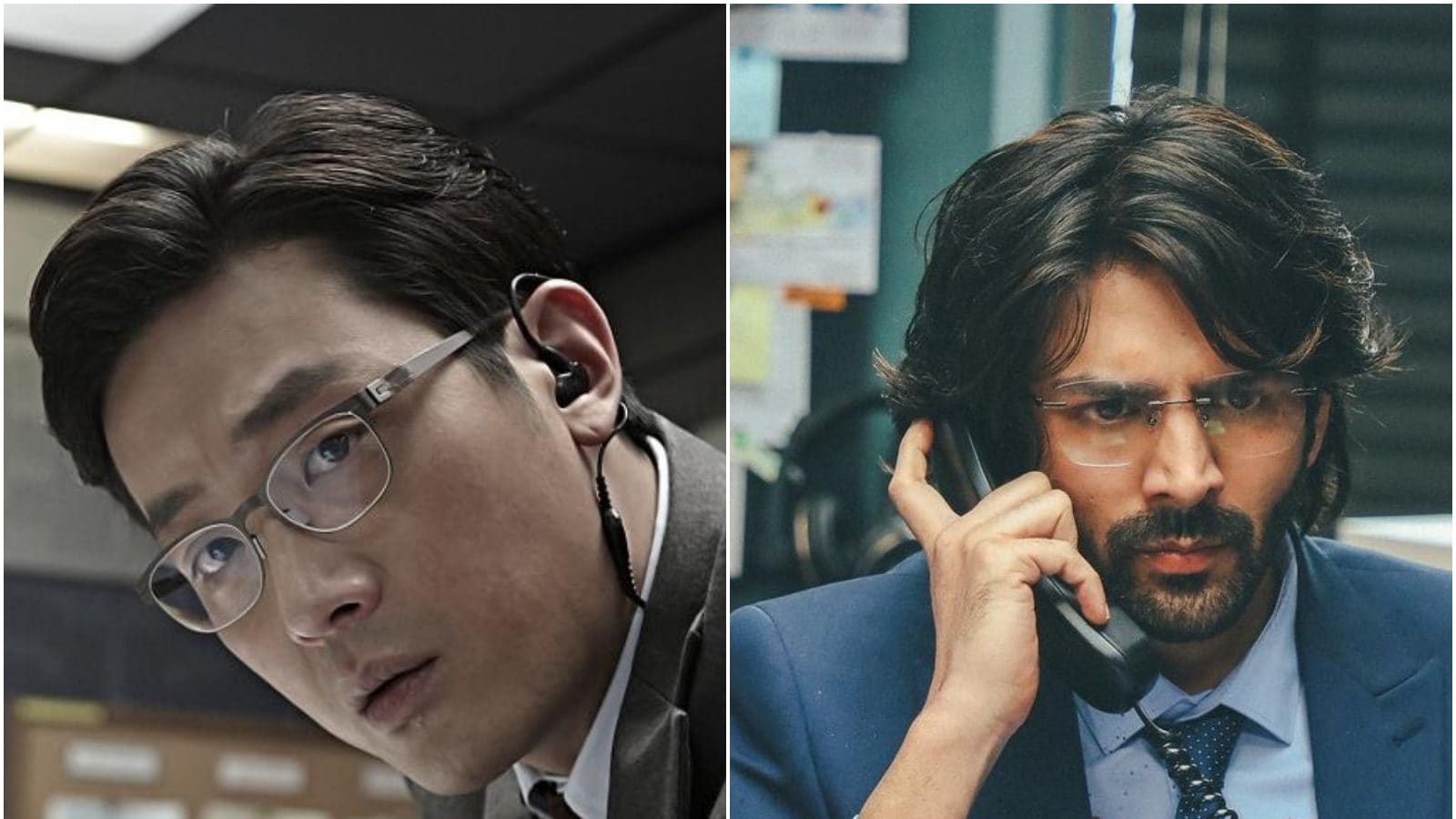 Movie remakes are the flavour of the season, and they have been for quite some time now. Filmmakers pick tried-and-tested storylines and formulaic hits and rights are bought. Almost always recast, sometimes updated for contemporary viewers and at other times moulded to suit the local audiences’ taste, remakes continue to be churned out year after year.

In this weekly column, Reel Retake, we compare the original film and its remake. Beyond highlighting the similarities, differences and measuring them on the success scale, we aim to discover the potential in the storyline that spurred the thought for a newer version and the ways in which a remake could possibly offer a different viewing experience. And if that is the case, analyse the film.

The movies in focus this week are 2013 South Korean release The Terror Live and Netflix film Dhamaka, starring Kartik Aaryan, which is the Hindi remake of it.

What is The Terror Live about?

The protagonist is an ambitious news anchor, Yoon Young-hwa (Ha Jung-woo), who has been demoted from his prime time TV slot and is now working in a radio studio. The divorce papers from his wife have also reached him. Yoon gets a mystery call one morning and the caller threatens to blow up the bridge on the river. Thinking it’s a prank call, Yoon dismisses it but sees the bridge blow up from explosives. This is when he realises this as a career altering opportunity and begins to negotiate with the terrorist for a show on live camera broadcast. There are certain demands that the mystery man places, like a part of profit from the live news broadcast from Yoon’s channel and an apology from the President because his friends were killed in a construction accident and he regrets their loss and says the families of the victims weren’t compensated.

Yoon and his producer agree to pay him off so as to keep him live on their channel for more viewership but soon, the mystery man begins to blow up people from the channel and has even rigged Yoon’s earpiece with a bomb. Confirming this is a bomb that goes off right in front of Yoon, on air. Yoon’s moral self begins to coax him to do the right thing. The only exception in this profit game is Yoon’s ex-wife, a reporter who volunteers to report from the site of the terrorist attack on the river. With several people remaining on the bridge as hostages, the terrorist threatens a second explosion.

The Terror Live is a one room set-up film that relies on moments of thrills right from the start. Without wasting any time, the character and the story go into action mode and we as the audience begin to follow Yoon, the protagonist who is conversing and negotiating with a terrorist. The film’s cinematography and editing are fast paced and it has a definitive structure and visual style to it. In the middle of all the verbal action, with each passing moment the exhilaration and suspense rises. It’s refreshing to see how it creates a fast tempo for the narrative with the use of camera angles and editing style, but a lot of credit goes to Ha Jung-woo for playing the role with conviction.

A lot of the film relies on Ha Jung-woo’s invested performance as a news anchor who finds himself in deep waters, both professionally and personally as his morality shakes with every opportunity. Think of it as a roller coaster ride. The absurdity of the plot will soon pave way for empathy for the characters and the hostages. As lives hang on the line, the viewers get a glimpse of crony capitalism.

How good a remake is Dhamaka?

Dhamaka is very much true to the original film The Terror Live. The steadicam visual treatment and the fast paced editing style to generate a visual rhythm have been retained. Kartik Aaryan as Arjun Pathak looks the part of a reporter and does everything in his capacity to make us believe in the storyline enough to like him in it. This happens in parts only throughout the duration of the movie. The actor’s anchor turn is not very convincing. His voice tone is also very different from Yoon’s in The Terror Live, which has a calming and reassuring effect on the audience. So Arjun Pathak’s negotiation with the mystery man, who has blown up the sea link in Mumbai, does not quite evoke believability in the plot. This lets the mind wander off every time there are subtle changes in the story. You start picking up faults in the plot of Dhamaka, but that does not happen in The Terror Live. Even though Dhamaka can’t be compared to The Terror Live on directorial and performance grounds, as a new film, it shows promise.

What it gets right is the depiction of greed in humans and Kartik’s performance rises towards the second half. This is an experimental film from director Ram Madhvani. Such movies have worked in Hollywood also and the audience in India is already watching all of it on streaming platforms.

Dhamaka is not a very good remake of The Terror Live. But as a stand alone film it works in parts, brings freshness and focuses on the story. Keeping in mind the shorter duration and the little time it takes to set things up, you may want to watch it on a shorter break. Not much will be spoken of about Dhamaka, but full marks to The Terror Live for originality and newness.