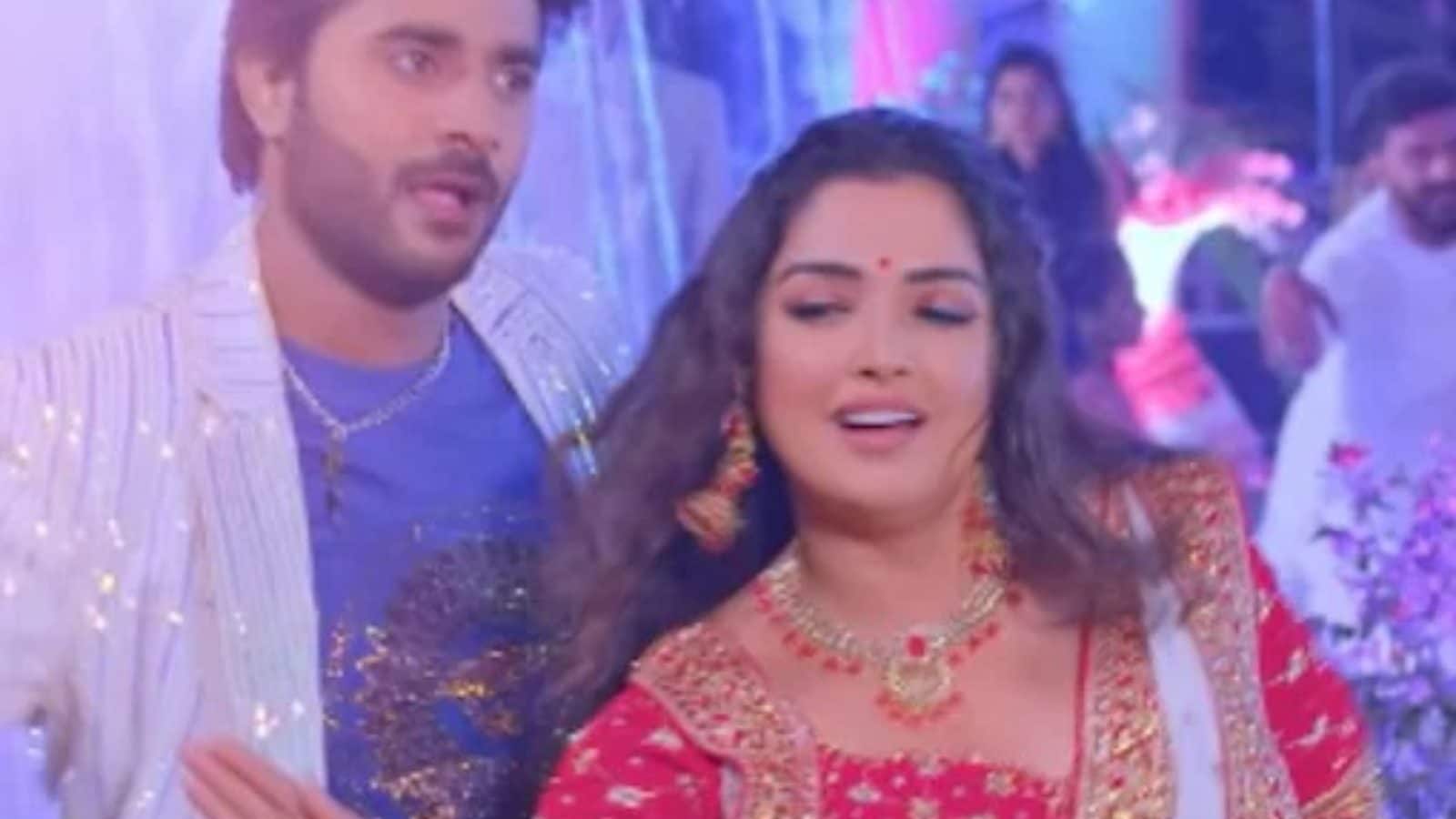 The actor has draped a white saree in Bengali style and is wearing the red-coloured blouse.

The makers of the Bhojpuri movie Vivah 2, featuring Pradeep Pandey Chintu and Amrapali Dubey in the lead, have released the first song on the occasion of Chhath Puja. The movie is directed by Premanshu Singh and produced by Nishant Ujjwal.

According to makers, Vivah 2 is set to hit the silver screen on December 17. During Chhath Puja, the makers of the film released the song titled – Main Aayi Hoon Bangal Se – on the YouTube channel Enterr10 Rangeela. The song has been released in video format.

Mai aayi hoon Bangal se song has been filmed on actor Amrapali Dubey, who appears in Bengali look. The actor has draped a white saree in Bengali style and is wearing the red-coloured blouse.

In the video released on YouTube, one can see that photos of both Pradeep Pandey Chintu and Amrapali Dubey have been merged with video scenes of the film. The chemistry of both the actors on screen is being appreciated by their fans.

The song was released by the filmmakers on November 9. More than three lakh twenty thousand people have viewed the video in the last 48 hours. The song is being applauded by Bhojpuri film watchers.

Singer and actor Rakesh Mishra and Arohi Bhardwaj have sung the song. The lyrics were written by Shyam Dehati, while Om Jha has given music. Rikki Gupta and Kanu Mukherjee have choreographed the song.

The filmmakers, on the same day, also released the trailer of the film. Bhojpuri movie lovers and fans of Pradeep Pandey Chintu and Amrapali Dubey are eagerly waiting for the movie to hit the screens.