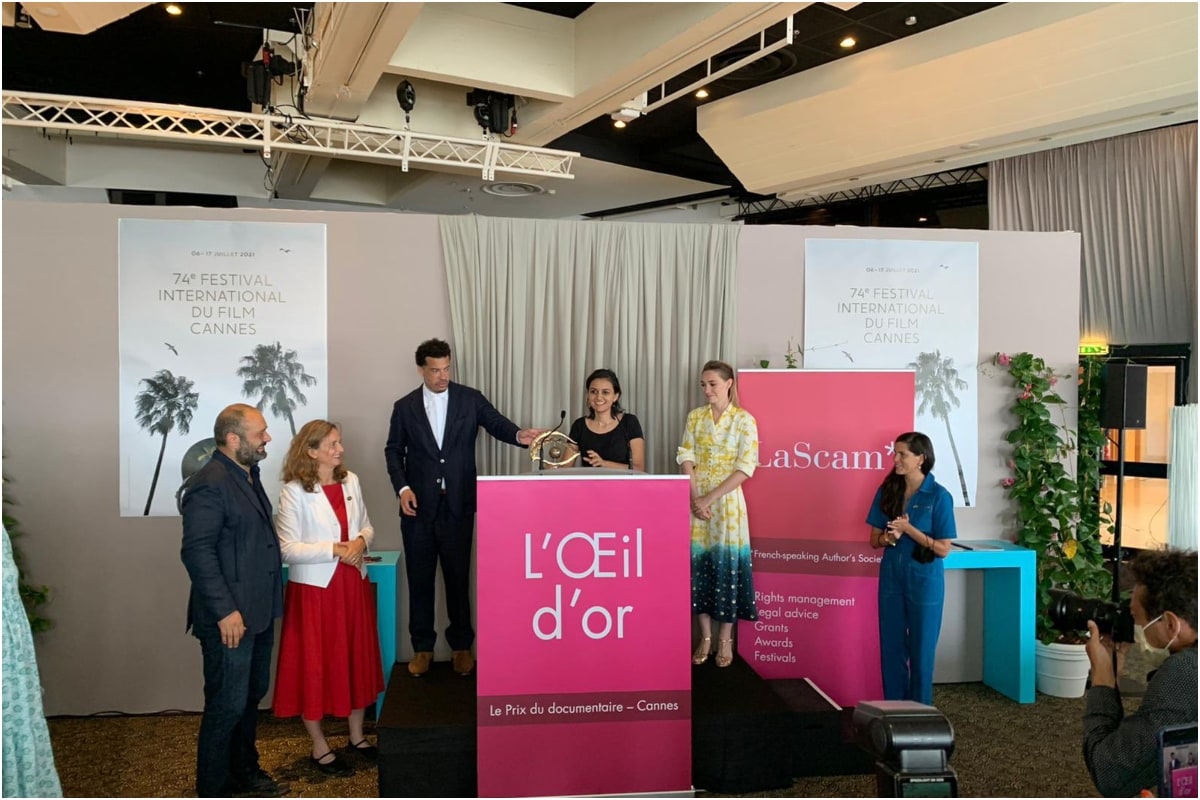 Director Payal Kapadia’s “A Night of Knowing Nothing” won the Oeil d’or (Golden Eye) award for best documentary at the 74th Cannes Film Festival on Saturday. The Mumbai-based filmmaker’s first feature bagged the prestigious prize in a formidable field made up of 28 documentaries presented across various sections of the festival. “A Night of Knowing Nothing” screened as part of the Directors’ Fortnight, a section that runs parallel to the festival.

Kapadia’s film was competing for the award against Todd Haynes’ “The Velvet Underground”, Andrea Arnold’s “Cow”, Oliver Stone’s “JFK Revisited: Through the Looking Glass”, Marco Bellocchio’s “Marx Can Wait”, Sergei Loznitsa’s “Babi Yar. Context”, Mark Cousins’s “The Story of Film: A New Generation” and Rahul Jain’s “Invisible Demons”, among others. The announcement was made by the official Twitter handle of Director’s Fortnight on Saturday.

“The Oeil d’Or, the award for best documentary presented at the Cannes Film Festival all sections combined, goes to ‘A Night of Knowing Nothing’ by Payal Kapadia, a film selected at the Directors’ Fortnight. “Our warmest congratulations to Payal Kapadia and the entire film crew!” read the tweet from the official handle. Kapadia had returned to the Cannes Film Festival after she took her short film “Afternoon Clouds” to its 2017 edition.

“A Night of Knowing Nothing” follows a university student in India, who writes letters to her estranged lover, while he is away. “Through these letters, we get a glimpse into the drastic changes taking place around her. Merging reality with fiction, dreams, memories, fantasies and anxieties, an amorphous narrative unfolds,” according to the film’s official logline posted on the official website of Director’s Fortnight. Kapadia, an alumna of the Film & Television Institute of India (FTII), also has films such as the documentary “And What is the Summer Saying” (2018) and “Last Mango Before the Monsoon”, the 2015 short, to her credit.

Among filmmakers who have won the Cannes Oeil d’Or Award is Agnes Varda. Her film “Faces Places”, which she co-directed with photographer and street artist JR, bagged the prize in 2017. In 2016, the Indian film “The Cinema Travellers”, directed by Shirley Abraham and Amit Madheshiya, earned an Oeil d’or Special Mention.