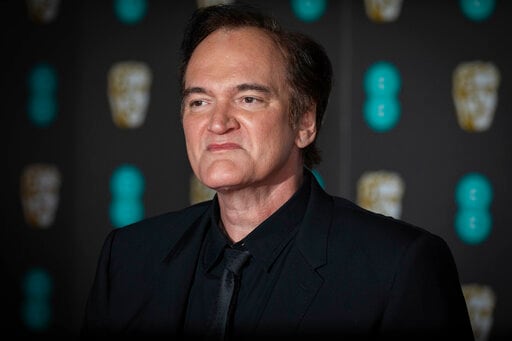 LOS ANGELES: Quentin Tarantino’s attorney said Wednesday that he has every right to create and sell a series of Pulp Fiction NFTs.

The statement from lawyer Bryan Freedman comes a day after entertainment company Miramax filed a lawsuit over the director’s plans to create and auction off a series of NFTs based on his scripts for Pulp Fiction.”

Miramax is wrong – plain and simple. Quentin Tarantinos contract is clear: he has the right to sell NFTs of his hand-written script for Pulp Fiction and this ham-fisted attempt to prevent him from doing so will fail,” Freedman said.

The suit from Miramax alleges that Tarantinos planned offerings violate the copyrights it holds to the directors 1994 film.

Tarantino recently announced plans to sell seven NFTs, or non-fungible tokens, which are digital works rendered unique and attached to a specific owner through cryptocurrency technology.

They consist of scanned digital copies of handwritten script pages for uncut versions of scenes from the film, with audio commentary.

Freedman also slammed Miramax for including details and pages from its contract with Tarantino.

“Miramaxs callous decision to disclose confidential information about its filmmakers contracts and compensation will irreparably tarnish its reputation long after this case is dismissed, Freedman said.