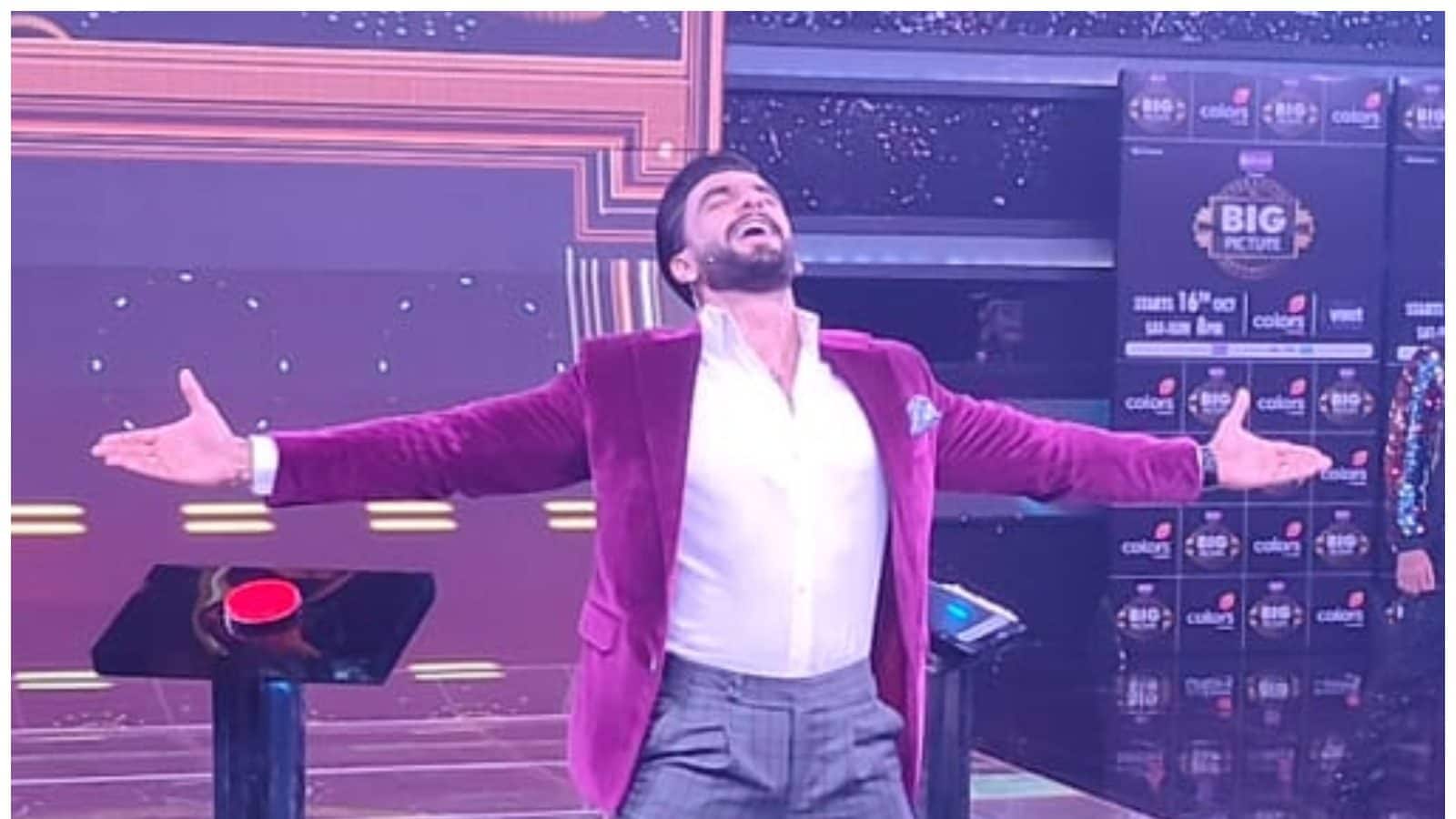 Ranveer Singh is making his television debut with The Big Picture, a unique visual based quiz show that is all set to launch on October 16 on Colors. The actor is trying his hand at hosting a quiz for the first time, that too in his maiden television venture. He is not taking it lightly at all, and going into it fully knowing the reach and impact of the medium.

The actor hosted a mock quiz with the media in Mumbai on Wednesday, where mediapersons got to play contestants and answer questions posed by the actor. Ranveer brought his usual swag to the event, joking around with the press while taking the game forward. The fun and interactive quiz show ended with the actor fielding a few questions from the press, The Big Picture and his long list of films in the pipeline.

Why did you choose a quiz show for your TV debut?

I was getting a lot of offers for the last six years but either the format was not interesting or it was something that was already done to death. I was also offered some existing shows and was asked to host them. But when Colors approached me with The Big Picture, I felt that the stars were aligned and everything fell in place. This is a new age quiz show. Also, I have always liked quiz shows, the interactive format has always fascinated me. As a kid, I had qualified for the Bournvita quiz show.

I will try to maintain the gold standard of entertainment on television. It is a very powerful medium. People who don’t watch your films watch you on television. It has got the maximum reach and I am grateful that I am able to reach so many houses. I have done a lot of preparation and not planning to wing it at all.

What is the Big picture in your life?

My Big picture is to have a nice house where I can stay with my wife and kids. I also want to keep entertaining people till my last breath.

How is the television experience different from films?

Television is more difficult. It is different. In films, you get some down-time where you can rest. But on television, you have to be on your toes at all times. In films, we are playing a character which acts like a shield. In television, you are the host and on your own. In films we are given dialogues but as a reality show host, we have to be spontaneous. What was Deepika’s reaction when she found out about you hosting the show?

She always has constructive criticism for me, which I take it positively. I have showed her the mock sessions and she gave me a lot of inputs and tips to become better. We always have deep discussions about each other’s work and I am really glad to have her as my bouncing board where on whom I can rely completely.

Was your decision to debut on TV motivated by the fact that films have taken a hit during the pandemic?

Yes, it has been a tough time for the film industry. Cinema halls have been shut for a long time, but the good news is, they are opening soon. Sooryavanshi is releasing on Diwali, followed by 83 on Christmas and Jayeshbhai on Mahashivratri. But my decision to debut on TV has nothing to do with cinema halls being shut. It was an independent and clear decision based on the format the and team, which excited me.

So far, it has been a great period of prep. The rise of OTT is also a great thing, for writers, actors, and going forward, the existing structure of entertainment will change as compared to pre Covid times. But they can all co exist and ultimately it will all boil down to content.