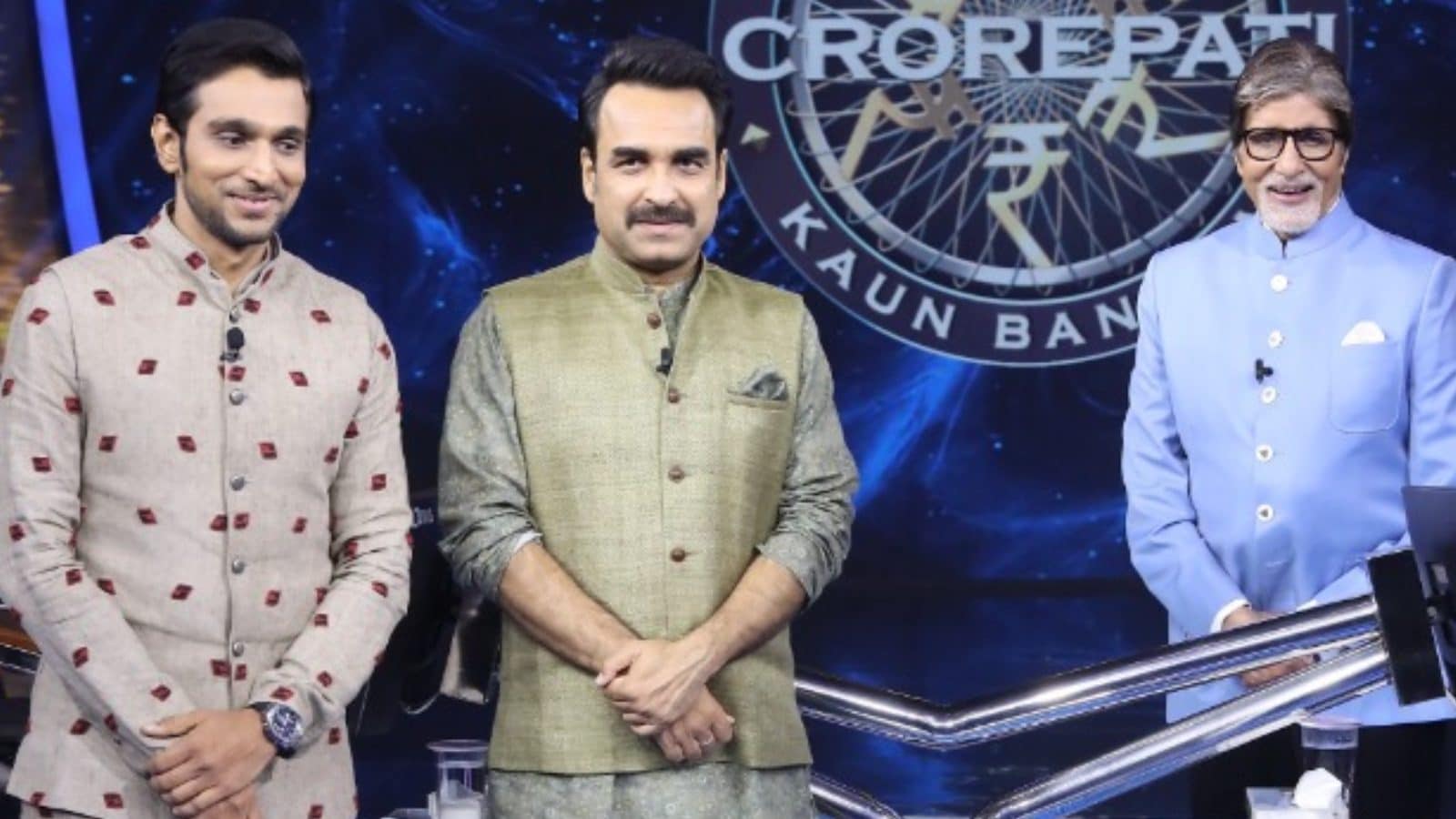 Kaun Banega Crorepati 13 welcomed the very talented and versatile actors Pankaj Tripathi and Pratik Gandhi on the hot seat for the Shaandaar Shukravaar episode on Friday. The duo shared a series of interesting stories of their B-Town experiences. From the moment the quiz show, hosted by Amitabh Bachchan, began, Pankaj and Pratik made the audience ROFL with their unique way of answering questions and their hilarious stories.

Pankaj Tripathi and Pratik Gandhi played the game for the social causes they support. The proceeds from their winning amount were donated to Pandit Benaras Tiwari Hemanvanti Devi Foundation and Mukul Trust, respectively. Here are some of the highlights from the last night’s episode:

KBC 13: Amitabh Bachchan Shares Photos of His ‘Damaged’ and ‘Broken’ Toe from the Sets

Pankaj Tripathi speaks about his days of struggle

Pankaj Tripathi is among the most in-demand actors in Bollywood today, but it hasn’t been an easy journey for him. The actor struggled for eight years before getting his break in Gangs of Wasseypur. Pankaj revealed that, unlike other struggling actors, he managed to not sleep at Andheri station, thanks to his wife, Mridula Tripathi. He added that she supported him while he looked for work. “I came to Mumbai in 2004 and Gangs of Wasseypur happened in 2012. For eight years, no one knew what I was doing. When people ask me now, ‘how were your days of struggle’, that’s when I realise that ‘oh, those were my struggling days?’ At that time, I didn’t know that it was a tough period. I didn’t realise the hardship because my wife would teach kids, our needs were limited, we lived in a small house and she would earn so I lived easily. Mere sangarsh mein, Andheri station pe sona nahi include hua unki wajah se (I didn’t have to sleep at Andheri station, thanks to my wife),” Pankaj told Amitabh.

Pankaj Tripathi reveals he is a professional cook

In the show, Pankaj Tripathi also revealed that he’s a professional cook, much to the surprise of everyone, and went on to add that he holds a degree, as well. Elaborating on this revelation, Pankaj Tripathi shared, “Yes, I do cook. I was a professional cook as well for a couple of days at a hotel. It was at a hotel in Patna. I had taken up training from the Food Craft Institute of India. There is a 2-year course in Food Preparation and Production Technology where you learn about food hygiene. It is basically training to be a chef. Now IHM does it, FCI doesn’t do it anymore. So, I did the course and worked at a hotel in Patna for two years. I used to do night duties there so that in the morning I could do theatre rehearsals.”

Pratik Gandhi shared how he had to gain 18 kg for his role in the most-talked-about web series of 2020. Speaking about his role Scam 1992 to host Amitabh Bachchan, Pratik Gandhi said, “Sir, when it came to preparing for this role, the biggest aspect was that I had to gain a lot of weight. Firstly, I was told to gain 18 kg because I was like this from the start and they wanted to see a particular body on camera. So, that was the biggest challenge. And, then to understand the financial world. I’m an engineer. I come from a teaching family so, we never had anything to do with the financial world. It took a lot of time to understand this world and also because the entire script was written in such a way.”

Pratik Gandhi asked host Amitabh Bachchan some really hilarious “middle-class” questions. While the first question was — “Do you remove the plastic cover in a new car or let it be for a while?” The second one went like, “Do you add water to the bottle of shampoo when it is about to end?”

Amitabh Bachchan shared the turning point in his life and his road to success after he was accepted as an actor in the film industry. “I had finished working on the film ‘Anand’ and it had released. The day it was to release, I’d taken my friend’s car because I didn’t have one and neither had the money to fill the petrol. I had to borrow 5 to 10 rupees from someone and went to the nearby petrol station, filled the car tank and paid him the money… In the morning, I was on my way to shoot another film and the car ran out of petrol. Again, I went to the same petrol station to refuel. Sir (referring to Pankaj Tripathi and Pratik Gandhi), when I came to refuel, there were 4 to 5 people standing and were watching. Because in that much time, the film, ‘Anand’ had released. That’s when I realised that people have started recognising me and that I’ve done something right.”

Kaun Banega Crorepati 13 airs on Sony TV from Monday to Friday at 9 pm.