Saif Ali Khan Recalls ‘Kissing Shot’ With Rani Mukerji in Hum Tum: ‘It Was So Uncomfortable’ 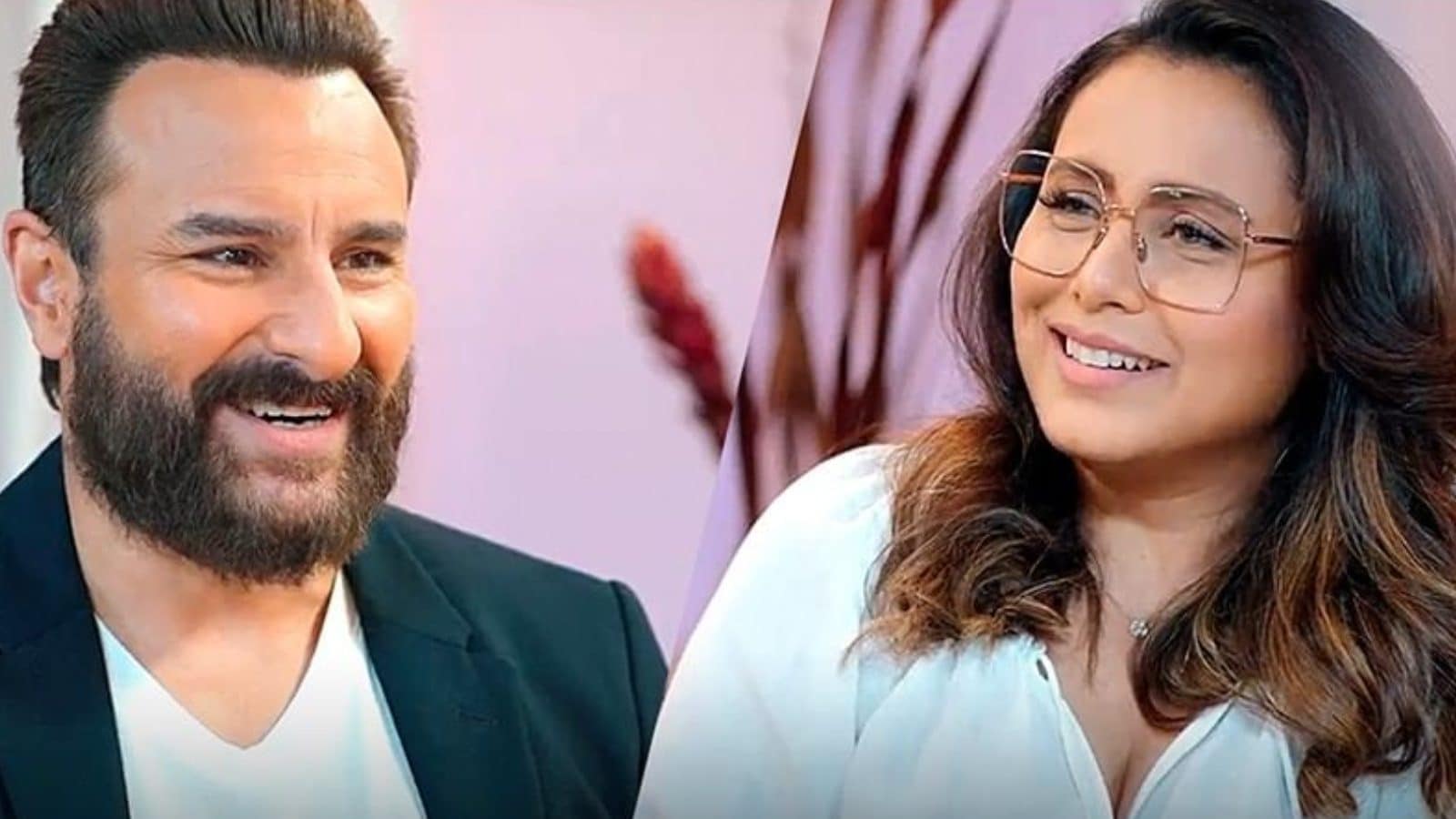 After more than a decade, Saif Ali Khan and Rani Mukerji are reuniting for Bunty Aur Babli 2, which will hit the theatres this Friday. The two actors co-starred in the 2004 film Hum Tum and later in Thoda Pyaar Thoda Magic in 2008. Recently, the duo recalled working in Hum Tum and how they were both “uncomfortable” while shooting for the kissing scene in the film.

In a video uploaded by Yash Raj Films on YouTube, Saif revealed how Rani tried to persuade him to tell the producers that he didn’t want to kiss her. In the video, Rani asks Saif whether he recalls how scared they were to shoot the kissing shot during the conversation. “I remember how scared you were to do the kissing shot,” Saif replies. Saif then went on to say that he couldn’t do so since his boss had told him to do so for the film. After some hesitation, Rani consented, stating that it was quite uncomfortable.

Saif further recalled arriving on set and Rani being “extra nice” to him to get the job done. The Sacred Games actor then imitated Rani making a face before hesitantly saying, “Okay, we’ll do it.” “It was the worst kiss in the history of cinema,” Saif added.

Rani further discussed how her interactions with Saif have evolved over the course of 17 years, from Hum Tum to Bunty Aur Babli 2. She stated that they now primarily communicate about their children.