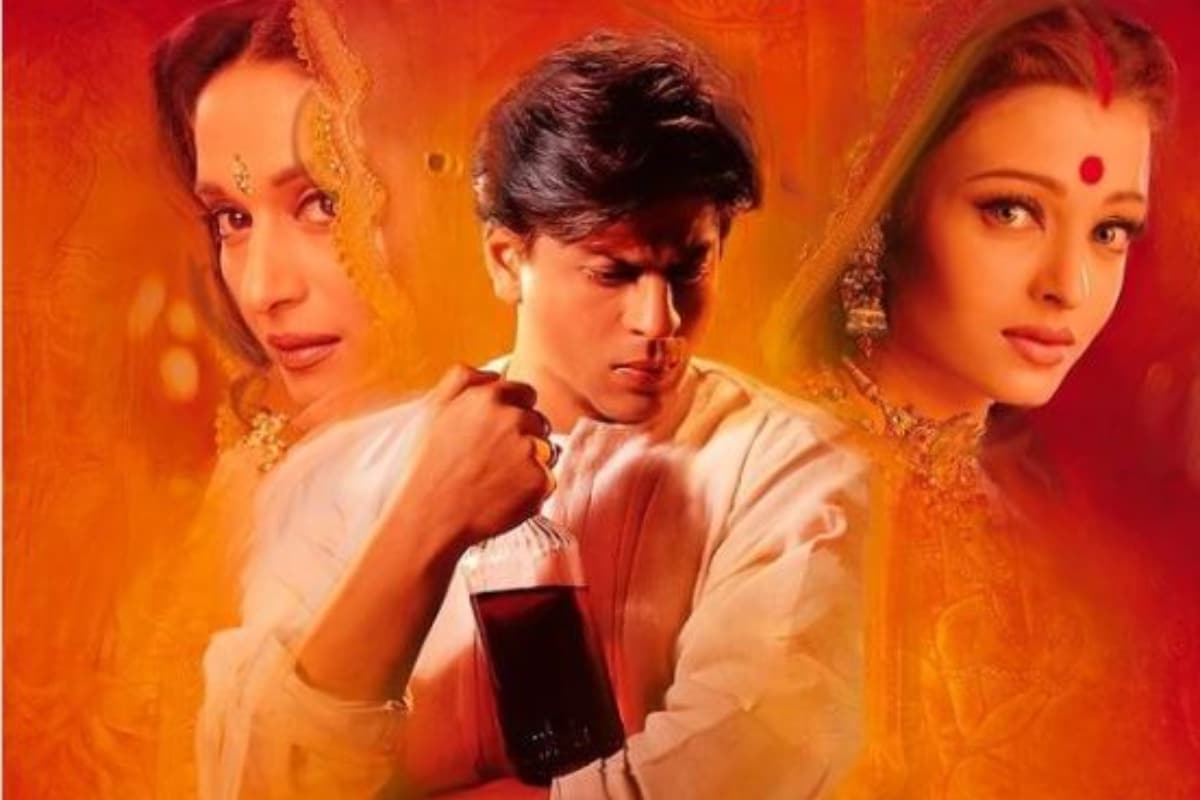 Sanjay Leela Bhansali’s magnum opus Devdas completes 19 years since release today. The film was a visual extravaganza when it was seen on the silver screen for the first time in 2002. With his strong visual aesthetic and grandiose style, the maker carved one of the most tragic romances in the history of Indian cinema. Starring Shah Rukh Khan, Madhuri Dixit and Aishwarya Rai Bachchan in the main roles, they played Devdas, Chandramukhi and Parvati respectively

Madhuri today shared a post celebrating the 19th anniversary of Devdas. Madhuri’s performance as the courtesan Chandramukhi is considered one of her finest till date. She remembered the happy memories from the film sets and times spent with the cast and crew of the film. She also honoured the late actor Dilip Kumar, who originally essayed Devdas for the first time on celluloid. Dilip Kumar breathed his last after a prolonged illness on July 7. Sharing some of the behind-the-scenes stills, she wrote, “Reminiscing some great and happy memories from the sets of Devdas. Even 19 years later it all feels so fresh! Thank you Sanjay for sharing these. Will Cherish these forever. Here is our ode to Dilip Kumar, just like Devdas, you will continue to live on forever.”

Shah Rukh Khan, filled with nostalgia, added a post to celebrate the anniversary of the film, on Instagram. Accompanied with some rare shots from the filming, he added a note that read, “All the late nights, the early mornings, hard pace and problems. Worked out fine because of the gorgeous Madhuri Dixit. The stunning Aishwarya Rai Bachchan, ever cheerful Jackie Shroff dada, full of life Kirron Kher and the whole team slogging it out under the masterful and patient Sanjay Leela Bhansali.” “Only issue, the dhoti kept falling off,” quipped SRK.

One of the most expensive films that the Indian cinema had seen until then, the enormous sets, costumes and the cinematography left the audience’s jaw on the floors.