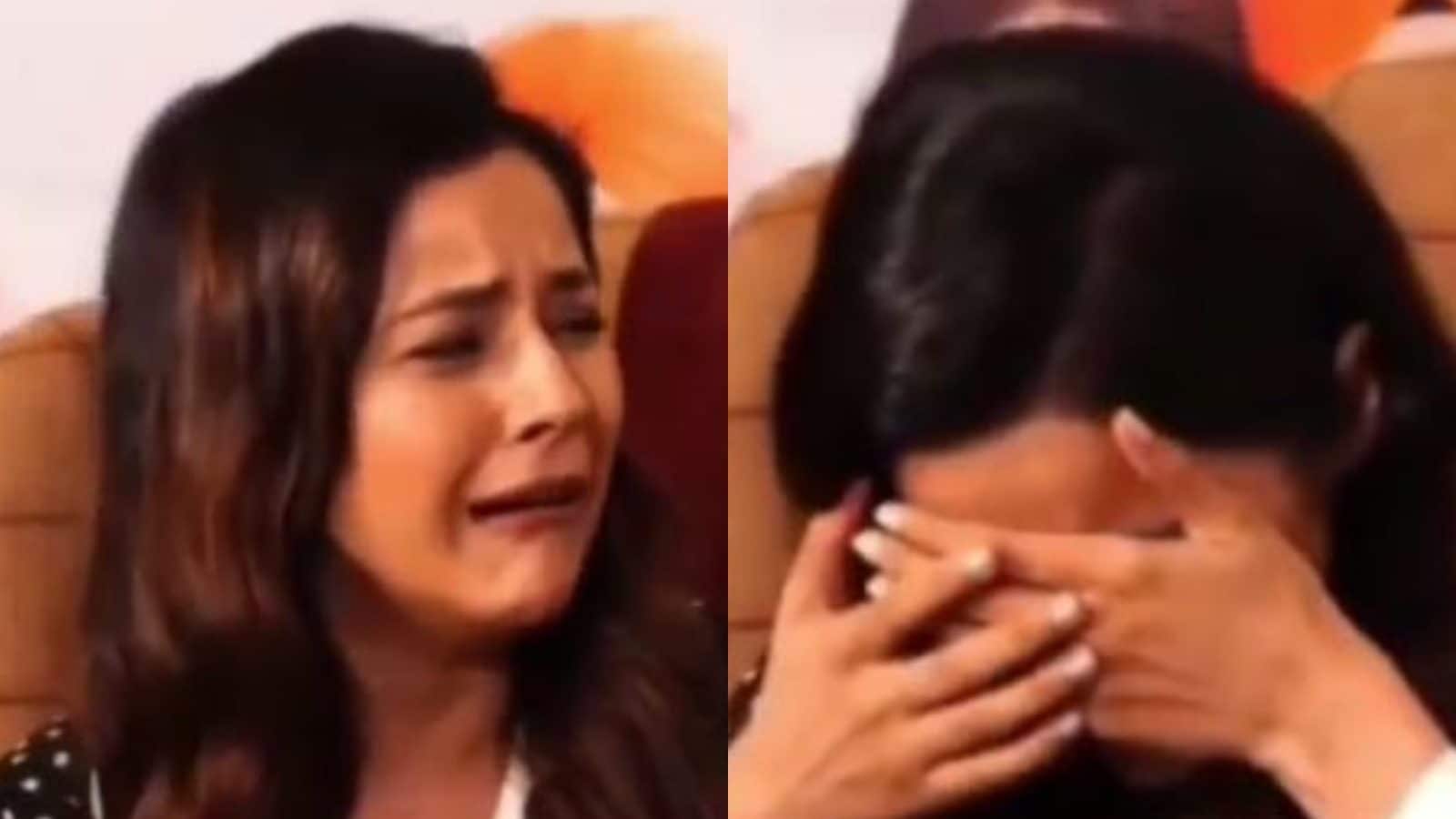 Actress and Bigg Boss season 13’s 2nd runner-up, Shehnaaz Gill, was recently seen in Punjabi movie Honsla Rakh starring Diljit Dosanjh and Sonam Bajwa. Shehnaaz also involved herself in the promotions of the movie with her co-stars. The movie was released on October 15. It was Shehnaaz’s first public appearance after Sidharth Shukla’s demise on September 2, 2021.

Shehnaaz and Sidharth were housemates in the 13th season of Bigg Boss and went on to become really close to each other. Shehnaaz had expressed her feelings for Sidharth on multiple occasions. With her upcoming movie Honsla Rakh, Shehnaaz was seen interacting with the media for the first time since Sidharth passed away.

Although the actress maintained her calm throughout the press interviews for Honsla Rakh, there is one video clip doing the rounds on social media which shows Shehnaaz breaking down. Although the exact context of Shehnaaz’s emotional reaction remains unknown, it is speculated that the actress broke down remembering Sidharth who died of heart attack at the age of 40.

Shehnaaz was seen crying bitterly, while her co-star Diljit was seen consoling her. Although Diljit is not visible in the footage doing the rounds on social media, it is his hand on Shehnaaz’s shoulder.

The footage shared on Instagram by a fan page called Memories of SidNaazz has attracted netizens’ reaction as well. One user commented, “So painful to watch her in pain, feel as if it is happening to us. We wish we can help but no one can. So sad.”

Last month, Shehnaaz had also released a music video to pay her tribute to Sidharth. The song titled Tu Yaheen Hai (Tribute ) was sung by Shehnaaz and featured some intimate moments shared by the couple during Bigg Boss season 13.

The video has been viewed over 35 million times since it was released on October 29. It also has more than 3.2 million likes.