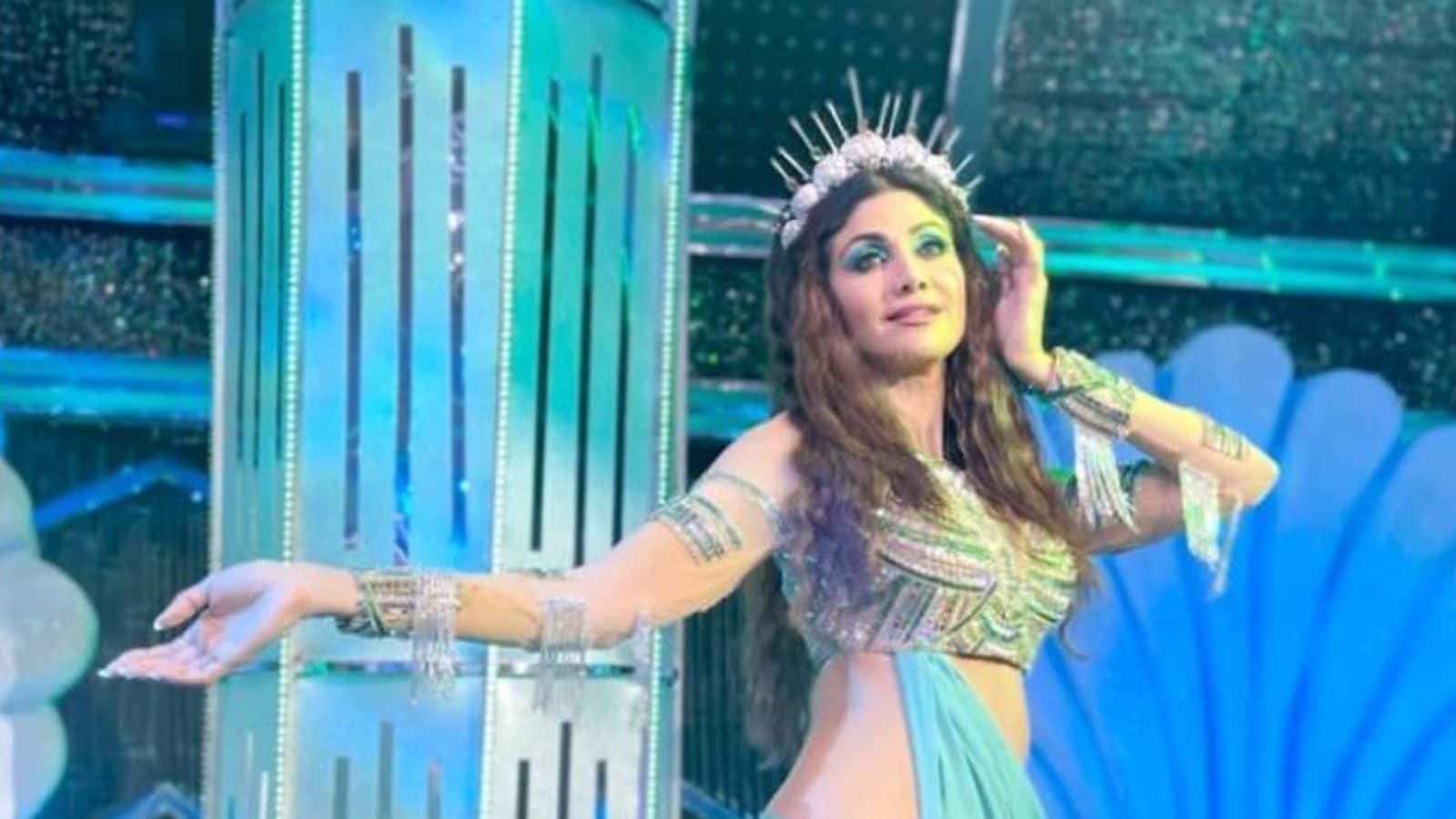 Shilpa Shetty took to Instagram to share a video of herself transforming into a ‘water goddess’ for Super Dancer 4 finale.

The dance reality show Super Dancer 4 is extremely popular, not only for the talented contestants but also due to the judges of the show. Super Dancer 4 is judged by Bollywood actress SHilpa Shetty, choreographer Geeta Kapur and director Anurag Basu. After many episodes, the season is finale heading to an end with the finale episode taking place on Saturday. On Thursday, Shilpa took to Instagram to share a video of herself transforming into a ‘water goddess’ for her performance in the finale. She also shared a short glimpse of her dance.

In the video, Shilpa could be seen arriving on set wearing an orange jacket and then slowly transforming into the water goddess after hours of costume fittings, hair and make-up. She also shared a glimpse of herself on stage, where she could be seen giving a performance. In the caption she revealed that the finale is happening on Saturday, October 9th at 8:00 pm on Sony TV.

Shilpa recently also shared a video of herself doing Yoga poses with Baba Ramdev, who visited the show as a special guest. She captioned the video, “In frame: ‘Anjali’ with the King of Patanjali.” She referenced her character from her hit film Dhadkan.

Meanwhile, on the work front, Shilpa made her Bollywood comeback after many years with Priyadarshan’s Hungama 2. She will be next seen in Sabbir Khan’s Nikamma. The film also stars Abhimanyu Dassani and YouTube star Shirley Setia in lead roles.