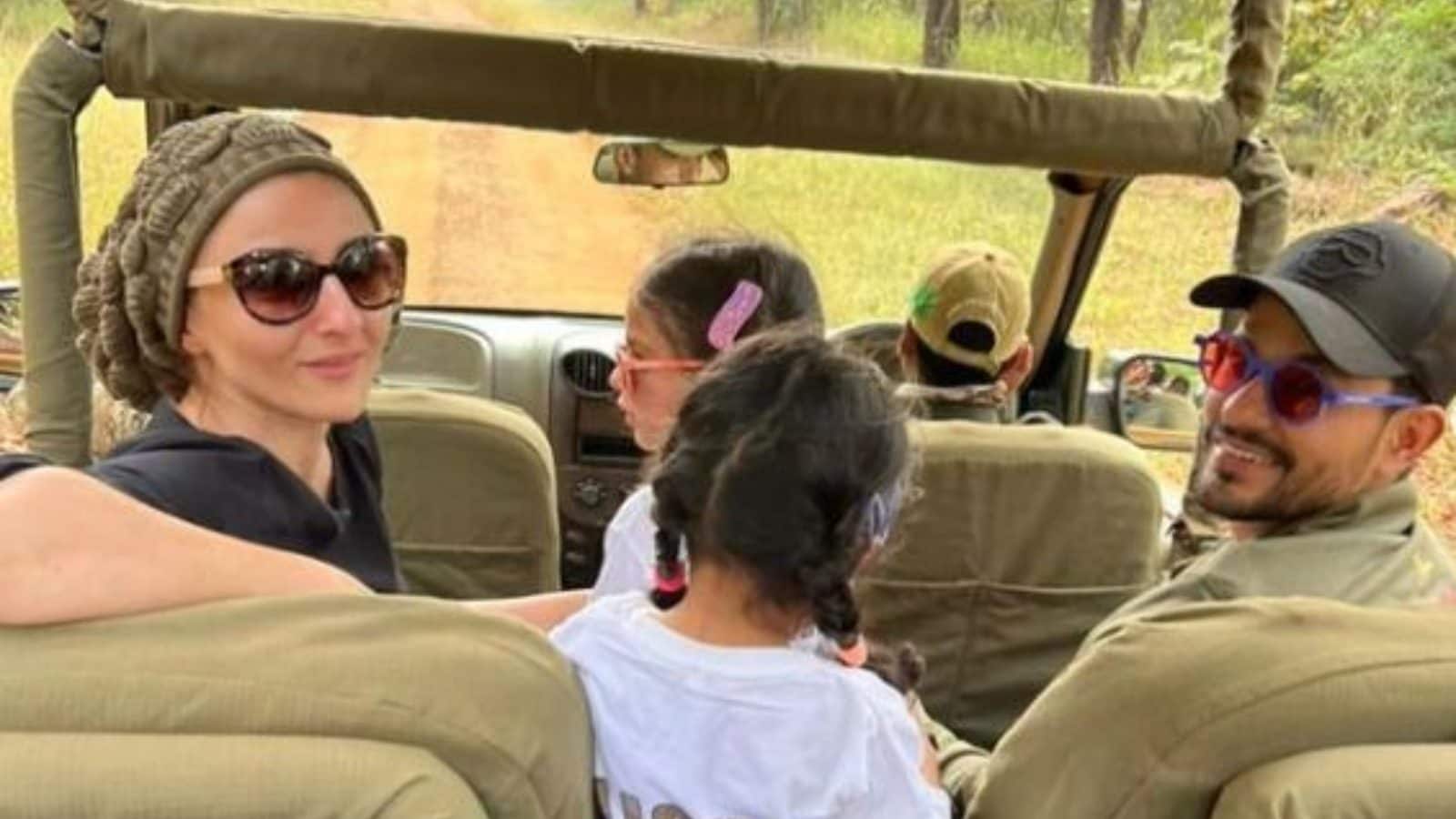 Soha Ali Khan and the company are exploring the Tadoba National Park in Maharashtra. Joined by husband, actor Kunal Kemmu and daughter Inaaya Naumi Kemmu, Soha went on a tiger spotting trip. The family of three actually succeeded in spotting tigers. The actress-author summed her trip in a series of posts, shared on Instagram. One of the pictures posted by her featured the trio sitting in a jeep as they proceeded to the forest. Following was a paw impression of a huge cat. And a preview of a stunning tiger in the end. To caption the pictures from her wonderful trip, Soha wrote, “Don’t ask, did you see a tiger? Ask how many?”

Seems Soha’s luck favoured her as before starting the safari ride, she had asked fans to wish them some luck. Alongside her picture, Soha wrote, “Safari time. Wish us luck seeing a tiger or two,” the caption read.

Soha and her family were also spotted by the beach recently. The photograph showed Soha, Kunal and Inaaya’s backs facing the camera. She skipped on any message to caption the priceless moment. Soha posted a yellow heart emoji and tagged Kunal.

Also, did you see the most adorable Children’s Day post shared by none other than Soha herself?

Kunal was last seen in the film Lootcase. Up next, the actor will be seen in Kanjoos Makkhichoos. Directed by Vipul Mehta, the film will also star Shweta Tripathi and Piyush Mishra. The filming commenced on Ganesh Chathurthi and concluded on Dussehra.

Announcing the film wrap on Instagram, Kunal wrote, “It’s been a fulfilling and enjoyable journey, I can’t wait for you guys to meet my character Jamuna Prasad Pandey and to share this warm, funny and endearing family film with you. See you soon at the movies.”