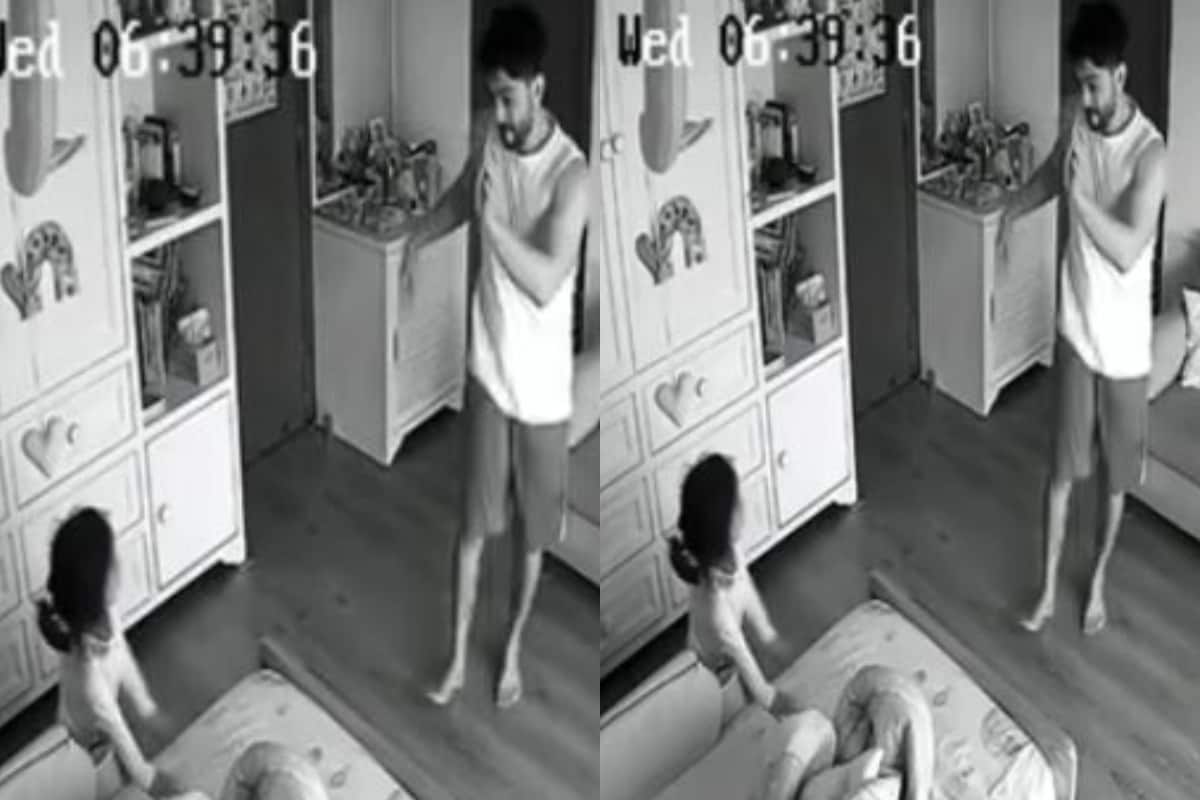 An early morning dance party is what Soha Ali Khan and Kunal Kemmu believe in. The actress recently posted a new video and it is sweet and fun. Soha shared a snippet of a footage captured by the CCTV camera in the house. The recording reveals that the scene is from her daughter Inaaya Naumi’s room as it says ‘Baby Room.’ The black and white clip is recorded on the security cam on July 7.

Speaking about the contents of the footage, it shows a lively Kunal shaking a leg with little Inaaya, who is looking at her father happily. The star acts and moves in such a way that leaves the cute munchkin in splits. Kunal is dressed in a vest and shorts while his baby girl is looking adorable in a night suit. As the actor continues with the show, Inaaya cannot help but join him on the floor. Soha added the hashtags ‘wake and shake’ and ‘fatherhood’ to the caption.

The video garnered a lot of love from fans and friends of the couple. Kunal’s sister Karishma said, “Haha… Love it so much.” Soha’s sister, Saba wrote, “Love it!” Kritika Kamra left a red heart emoji on the post, while both Shweta Bachchan and Gauahar Khan called it “adorable.”

Much like many father-daughter duos, Kunal and Inaaya’s bond is too special for words. The actor has his daughter’s name inked on his body. Last year, he gave a glimpse of the tattoo and wrote, “This ink is the closest to my heart emotionally and literally as well. Her name Inaaya is at the centre in Devanagari and her middle name Naumi meaning Goddess Durga is represented by the Red Bindi in the middle and the Trishul at both ends.”

We have often witnessed their bond on social media. From painting to oiling hair to sunrise watching, Kunal and Inaaya engage in many different activities together.

Here are some memorable at-home scenes:

‘Loki’ Season 1 Ends The Only Way It Could Have Ended

Pictures: Disha Patani photographed outside a salon in Bandra

Pictures: Disha Patani photographed outside a salon in Bandra