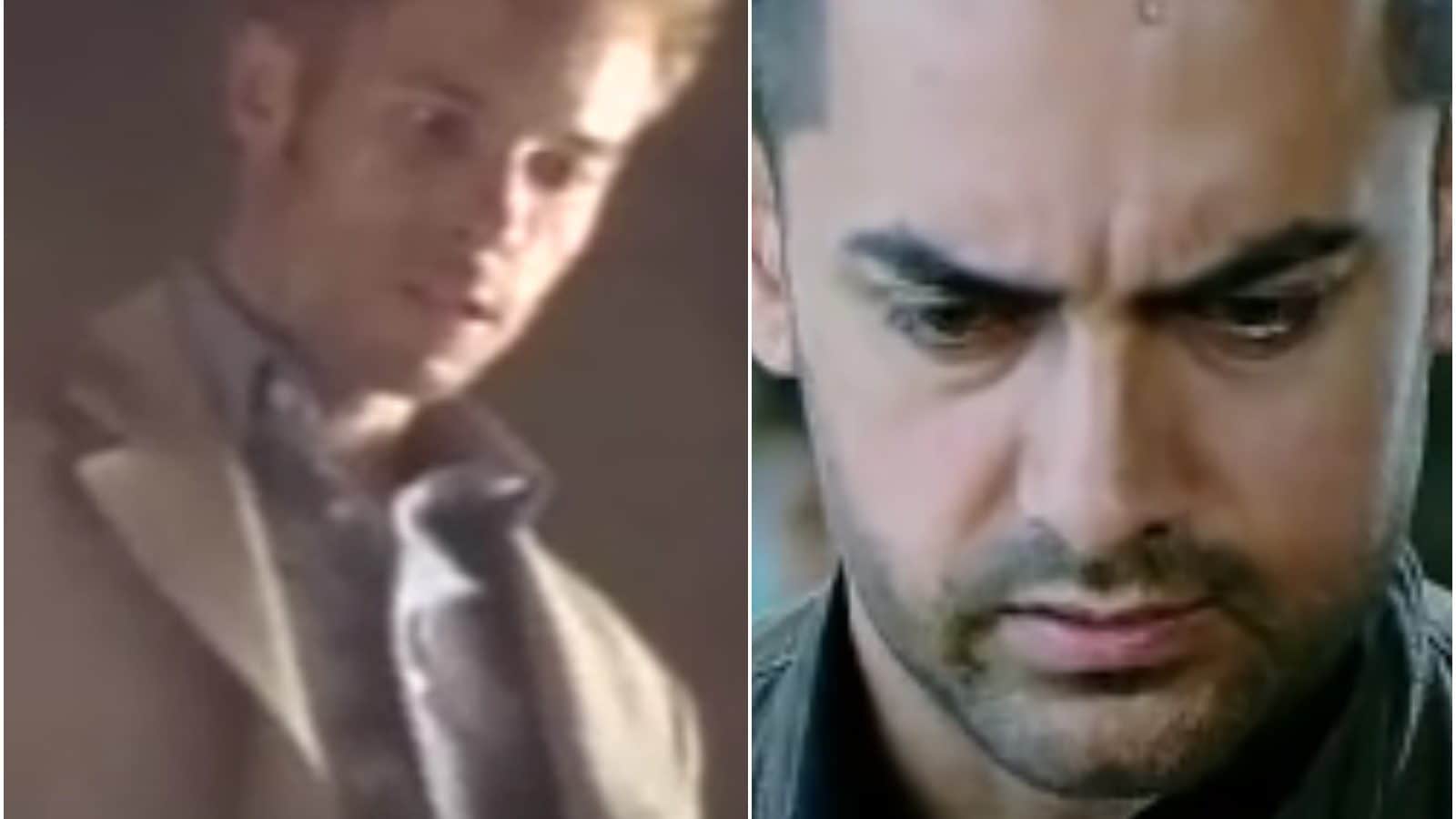 Movie remakes are the flavour of the season, and they have been for quite some time now. Filmmakers pick tried-and-tested storylines and formulaic hits and rights are bought. Almost always recast, sometimes updated for contemporary viewers and at other times moulded to suit the local audiences’ taste, remakes continue to be churned out year after year.

In this weekly column, Reel Retake, we compare the original film and its remake. Beyond highlighting the similarities, differences and measuring them on the success scale, we aim to discover the potential in the storyline that spurred the thought for a newer version and the ways in which a remake could possibly offer a different viewing experience. And if that is the case, analyse the film.

The movie in focus this week is Christopher Nolan’s Memento (2000) and Ghajini, which deftly adapted the revenge-thriller concept for Indian audiences.

Leonard Shelby (Guy Pearce) is a former insurance investigator who believes that his wife was raped and murdered by two men. While he recollects killing one of them, the other one escapes after hitting him in the head with a club. The injury sustained at that time has resulted in Leonard developing anterograde amnesia due to which he has a short memory of about fifteen minutes and cannot form new memories. Leonard is on a mission to hunt down the man who escaped after hurting his wife and him and thinks the attacker goes by the name John G or James G. Leonard investigates using notes, polaroid photos and tattoos inked on his body. Leonard has also inked the license plate of who he believes is John G on his body.

Now, everyone around Leonard seems to be taking advantage of his short memory. He meets Natalie, a bartender, who asks him to drive a man Dodd out of town for her and in exchange runs the license plate for him. Leonard discovers that a contact of his who goes by the name Teddy is actually John G he is searching for. Teddy meets Leonard and gives him information on Dodd. In a scene, we are shown Leonard drives Teddy and kills him.

In another sequence, we are shown Teddy to be an undercover officer who is helping Leonard in finding John G. But actually, it appears as if he is leading him off from his investigation. Teddy also claims that he helped Leonard kill the real attacker a year ago, and he has been using him ever since. From the perspective of a paranoid Leonard, we are shown that he is willing to lie to himself in order to get justice against anyone who has wronged him.

Master filmmaker Christopher Nolan is known to set off audiences in various directions and this is ever more evident in Memento. The movie uses a vulnerable protagonist blinded by rage and shows the ugly side of revenge. Leonard losing his memory after a short span forms the crux of this thriller. While the mystique of his condition is engaging from the word go, the movie draws us further in with the many red herrings Leonard finds himself deciphering. A tattooed body, polaroid filled room and a note-taking criminal evading the authorities pumps adrenaline into the already engaging storyline. Of a man whose memories aren’t reliable, revenge seems more like maniacal murder spree. But still, empathy lies in Leonard’s cause and his condition that people seem to be taking advantage of.

But by far, Memento is most hailed for its style and how it turns structure on its head to confuse us. The movie runs backwards (in color) and forward (in black and white) in time. It is puzzling to explain and even more to witness. But since the protagonist is caught up in a mystery of his own, the viewers have more things to keep track of. Leonard’s intentions, his memories, his narration all seem convoluted and clouded as his judgement and run parallel to his condition. This is a nice blend of intrigue and thrill. More so Guy’s portrayal of a dangerous yet insecure Leonard is deeply realistic and natural. His trauma is the only thing that keeps our faith in this grey anti hero or he’d be just a ‘freak’ his condition makes him out to be in the ‘normal’ world. The film is shot in extreme contrast in various instances disorienting us even further. How does a human form relationships when he can’t trust himself? Is Leonard a master manipulator in the sea of such people? These are some questions Memento leaves us with. The film essentially works in montages, mirroring Leonard’s short memory spans. This is a device that defines Memento. A more interesting factor emerges in the monologue of Leonard which is almost god-like. It almost forces us to believe his version of events even though he may be the most non-consistent person in the story. The movie requires certain intelligence to be understood. It is a beautifully photographed film and the audience must itself choose the truth or what version of it to believe.

Indian thriller Ghajini adapts Memento beautifully for the Indian audience. It does not borrow the storytelling and style from Nolan but lifts only the major plot points and makes it a revenge tale rooted in emotions. It was first made in Tamil with Suriya as the lead hero, Sanjay, carrying around a polaroid that serves as his memory instrument. He is fanatically searching for the killer of his lover and has a big scar from a head trauma. Suriya’s performance is thoroughly enjoyable. His maniacal bouts are engrossing. The movie introduces him while he is killing someone in rage. He lives in a dimly lit apartment with a map of the city and all the clues he has gathered hanging on one of his walls. He also tattoos himself, is completely isolated from the world and literally living for revenge. There’s empathy in his cause and medical condition and Suriya is heavily invested in this role, from his physical, beefed up appearance to how he behaves for a person constantly losing his memory and one who is always cynical.

Ghajini also finds a formidable villain in Pradeep Rawat who is every bit formidable in walk and talk. His presence is enough to inspire terror. Probably, Ghajini is one of the few films that takes its title from the villain and not the hero, and deservedly so. The cat and mouse chase between Ghajini and Sanjay is very engrossing as scales are tipping on either side at every point with stakes getting higher and higher.

The film gets a slick treatment from AR Murugadoss. The camera is in a constant state of flux and mirrors the unstable state of Sanjay’s mind. The gritty crime scene is captured well in low lit areas and against chapped walls. The music furthers the film’s tension and some moments are really edge-of-the-seat.

The Bollywood version of Ghajini finds a rounded performance in Aamir Khan as Sanjay while Pradeep returns as the villain. Aamir’s transformation for the role was hailed by the fans and even though Ghajini is a frame by frame recreation of the Tamil film, Aamir elevates storytelling with his nuanced, invested and raw performance. It is surprising to see how Aamir balances brutality and fun in the same film, without going overboard at any point. The music from AR Rahman in the Hindi version is very nice and the songs were a huge hit at the time of release and a major draw for the audiences.

Memento is a cult and one of Nolan’s most recognised films, even though it came on early in his filmmaking career. It has a kind of an indie spirit which is still very fresh and inspiring for budding filmmakers. Nolan’s place in the industry was cemented by virtue of this single film as he became more and more assertive over his projects as budgets kept getting bigger and bigger. Memento’s play with structure is its most valued aspect. In India, Ghajini was a major blockbuster, both Tamil and Hindi version. Hindi Gahjini became the first movie to enter the Rs 100 club and its success was a trend setter of sorts. Its re-watch value has only increased on satellite TV with re-runs over the years.