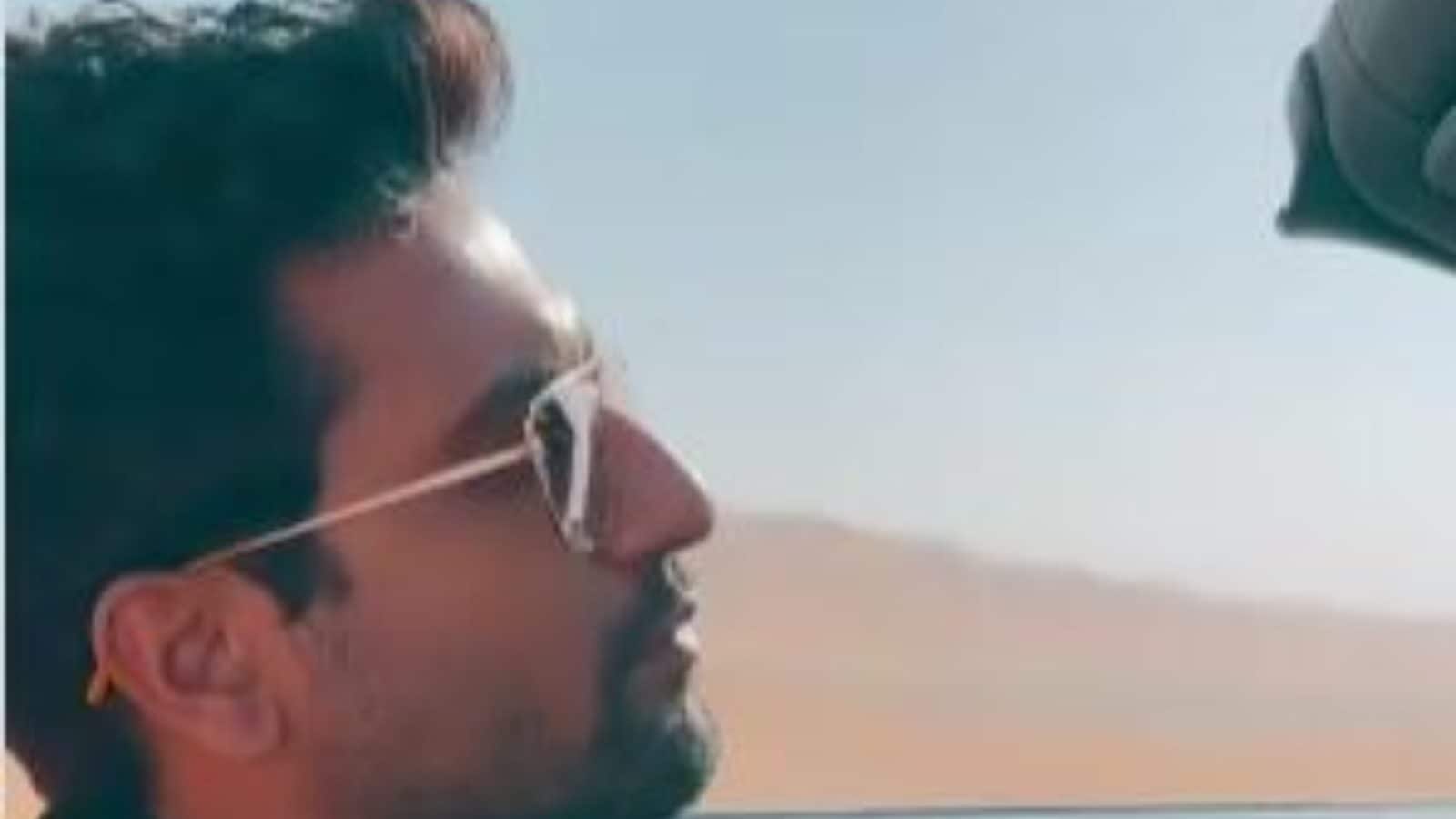 British adventurer and television personality Bear Grylls took Bollywood actor Vicky Kaushal to some wild territories in the latest episode of Into The Wild. The episode which was released on Discovery’s streaming platform on Friday was shot in the Indian Ocean.

Vicky was seen accompanying Grylls into the coastal wilderness as they both ate raw crab meat. Vicky was also seen conquering his fear of deep sea water as he explored the sea bed with Grylls amidst sharks lurking nearby. During the episode, Vicky also opened up about his personal life before he became an actor. The duo built a shack of natural material that was available to them. As the two sat inside the shelter, Vicky told Grylls that he grew up in a house which was just a little bigger than the shack that they created. He told Grylls that his residence was a “10 by 10 house with no separate kitchen or bathroom. That’s where I was born. And from thereon it has been my family’s journey.” The actor also added that he and his family have seen each step of the ladder which he believes makes one a very strong person in the journey.

The actor had shared a glimpse of the latest episode of Into The Wild on Instagram earlier this week. The caption of the video read, “Uncharted territory mein Bear Grylls ke saath kadam milana (Roaming around uncharted territory with Bear Grylls), has been an adventure of a lifetime. Survival tips se lekar apne fears ko face karne tak, our journey has been epic (From survival tips to facing my fears).”

Commenting on the post, Grylls had written, “Ha. Good times.”

Talking about his experience of exploring the wilderness Vicky said in the episode, “It was a wonderful experience going on this survival expedition with the world-famous adventurer Bear Grylls.” He added that if it was not for Grylls he would have not been able to defeat his fear of swimming in the vast ocean. Vicky said that this journey also marks an incredibly significant chapter in his life as he was able to overcome and conquer one of his many fears. The actor said, “The thought of being in the middle of an ocean is not easy, but Bear’s constant motivation and determination has helped me rise out of this triumphantly.”Keywords: Vicky Kaushal, Into The Wild, Bear Grylls, Discovery Plus, Indian Ocean, Katrina Kaif, Bollywood