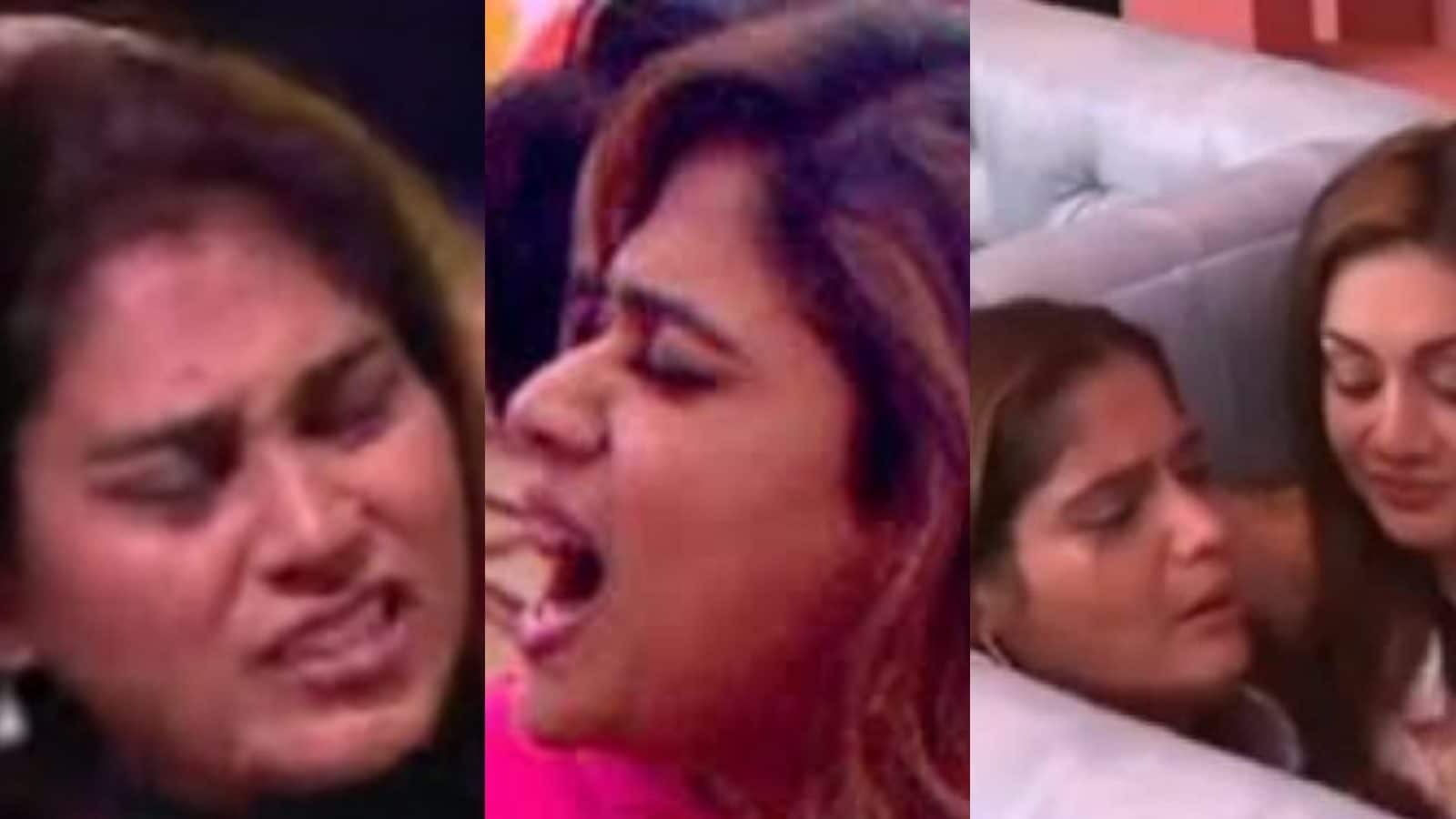 The Bigg Boss house is a fragile place to put yourself into, as we have seen with numerous contestants who have gone through strong emotional episodes over the course of several seasons. However, netizens voiced serious concern over the treatment of psychologically vulnerable contestants on the reality television show following its recent episode wherein Bigg Boss 15 contestant Afsana Khan swore uncontrollably and threatened to kill herself.

After an angry outburst and a huge row with fellow housemates, the ‘Titliyan’ singer picked up a knife from the kitchen and tried to harm herself, which eventually led to her expulsion from the show. Up until this season, the mental health of Bigg Boss housemates has rarely ever been discussed on social media. But with Afsana’s ouster from the reality TV show after her dramatic outbursts began to take a toll on her, many former Bigg Boss contestants, including Rashami Desai, Shefali Jariwala, and Himanshi Khurana, have spoken out regarding living under stressful circumstances and why this should be dealt with more sensitivity on national television, especially on a show which is all about the public judging one’s character or personality.

For many viewers, making it to the famed house is enough as it pushes one’s career forward in countless ways. But what always seems to be left out of consideration is the mental well-being that goes into being a participant in Bigg Boss, says Jasleen Matharu, who was a contestant on Bigg Boss Season 12.

Personal comments can mess with your head

Jasleen, who also had an emotional breakdown during her season, said that the housemates often get extremely personal in fights without even realising it and this begins to affect one’s mental health. “In my season, I was character assassinated by a lot of my co-contestants. In fact, Salman Khan had also warned them against doing it. I was so affected by the whole thing. How can you stoop so low? I understand it’s a game show and sometimes you have to do a little bit of provoking, which is fine, but this kind of instigation is unfair where the person completely loses their control,” Jasleen told us.

Jasleen feels that earlier Bigg Boss used to be about “tasks, sportsmanship, romance, and team spirit” but the current contestants are only busy displaying unwarranted anger and fights.

“We also used to get upset about things but our reactions wouldn’t be so extreme. This is anger on the 100th level altogether. Iske baad toh fir murder hi ho jaayega… They are acting out aggressively towards others on such petty issues. Forget the breakdowns, they will lose their minds if they continue to behave like this,” she added. “This is not Bigg Boss. This is something else.”

Loneliness and seclusion can lead to anxiety and identity crisis

Among sharing a house with different types of personalities for nearly three months, having no contact with the outside world, competing, and having to survive on limited food really puts you to the true test, says Dr. Harish Shetty, who is a practicing Psychiatrist with Dr. LH Hiranandani Hospital in Mumbai.

“Also, they start believing in that world after they spend some significant time inside the house. It’s like how so many actors in Ramayana and Mahabharata actually believed that they were Arjun, Ravan, or Ram for some time. They start living those characters,” Dr. Shetty added.

Recounting her own experience, Jasleen opened up about speaking with a psychiatrist during the 12th season. Visits with psychiatrists are something the viewers will never see on their TV screens.

“When things would go out of control, psychiatrists would come and counsel us. We live in total seclusion with no access to TV, cell phones, or the internet in that house so it can be extremely lonely at times. And psychologically also, you start doubting the other person because the game has been structured in such a way that you are not able to trust anyone completely. You constantly think that the other person is planning and plotting against you.

“I had also spoken to the psychiatrist in my season because staying sane in that house is impossible. After completing 2 months there, I started getting restless so I told Bigg Boss that I had to speak to someone. It’s not at all easy.”

Being sensitive is the key

Bigg Boss 13 contestant Shefali Jariwala, who sent out love and strength to Afsana Khan after the latter was being criticised by a section of the internet for her erratic behaviour, emphasised the importance of creating awareness for mental health and being sensitive to what the person with anxiety is going through.

“Cashing in on human vulnerabilities and emotions is so sad. There is such a lack of mental health awareness. People, please be sensitive…,” Shefali tweeted after Afsana’s eviction. She also wrote, “Afsana, I sympathise with you. You gave it your best… It’s alright. This is just a game. You will win the game of life!” (sic)

Rashami Desai also took to her Twitter handle and urged everyone to give Afsana some space. “People need to educate themselves and learn more about mental health/illness…,” the actress added.

On the other hand, Dr. Shetty advised, “I know TRPs are important but I would say that when you have a show like this please take care of your people. Have a proper induction; have a proper debriefing in the evening just the way we debrief Covid warriors after their 12-hour shift where they can share their genuine feelings.”