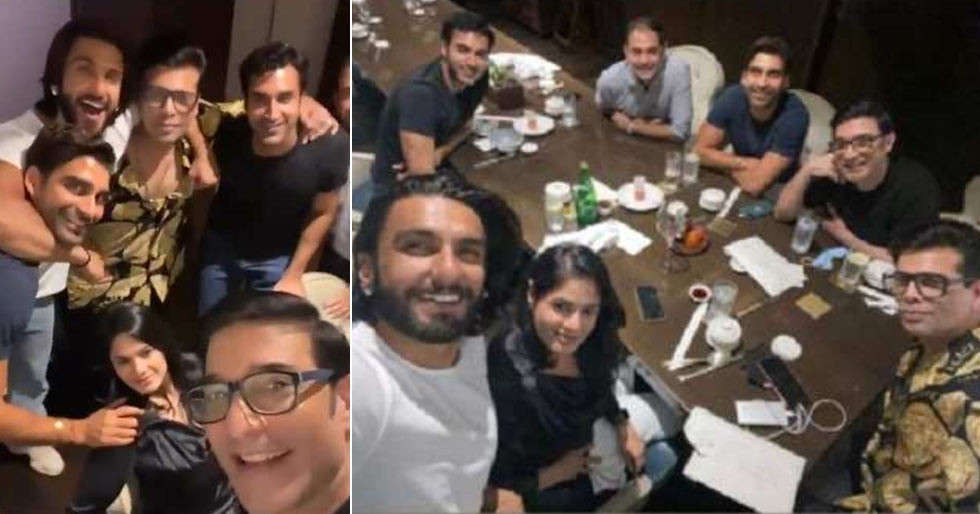 They say a little party harms nobody, well looks like Karan Johar and Ranveer Singh had to party a bit when they stepped down in the capital together. The filmmaker and the actor are in Delhi together and last night the two decided to meet friends and have a night out with them.

Karan Johar last night took to his Instagram to share a couple of pictures from the casual do. In the pictures with KJo posing with a couple of his friends and also seen is Ranveer Singh. The actor is in white tee and denims and flaunting his sexy long hair. Karan who loves to dress donned a golden shirt.

Karan Johar and Ranveer Singh are currently in Delhi for a recce for their first collaboration – Rocky Aur Rani Ki Prem Kahaani. The film was announced on Ranveer’s birthday and the director is all set to direct him and Alia Bhatt. The director who is known for his romantic stories, returns to his favourite genre with this film which also stars Shabana Azmi, Jaya Bachchan and Dharmendra. Getting these yesteryear actors together is quite a casting coup. 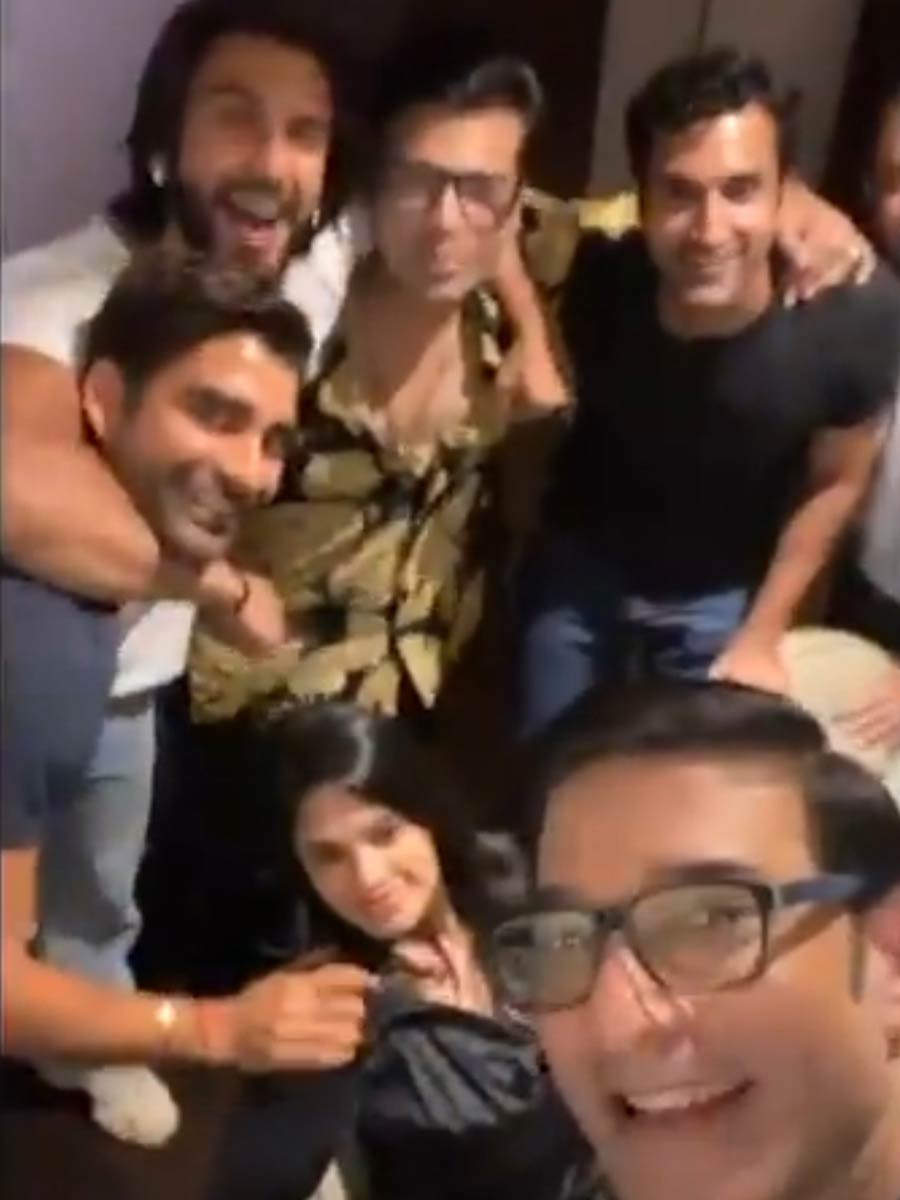 Meanwhile Ranveer Singh has Rohit Shetty’s Cirkus and his next pan-India film with South director Shankar. Rumours are rife that Kiara Advani will be roped in for the female lead.