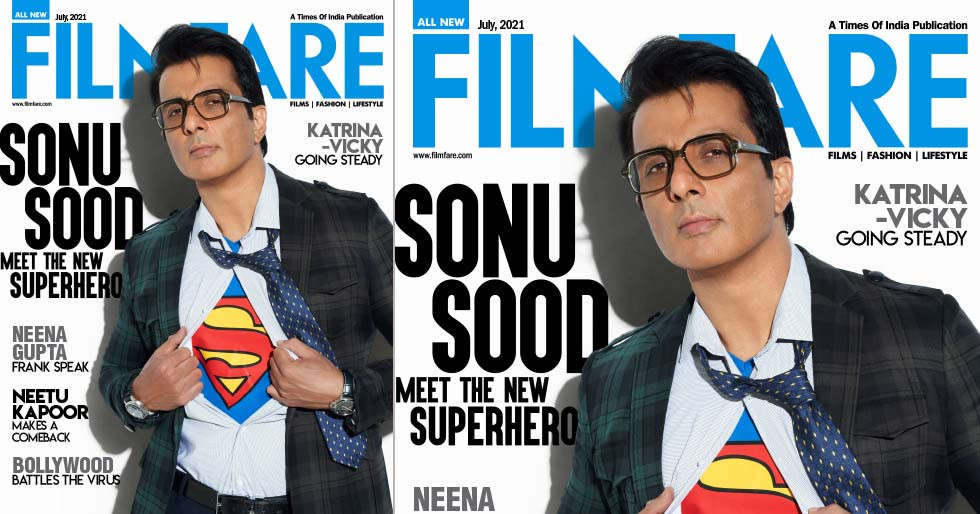 Right from the first month of the pandemic last year, the one man who has stood tall to become the messiah of the masses was Sonu Sood. He helped migrant workers get back home, he helped daily wagers survive and now he’s helped thousands to get COVID relief with just one SOS call. All this screams that Sonu Sood is the new superhero in town, who might not be flying around in a cape but has got the back of the citizens.

Celebrating this feat and success of a man with a cause, Filmfare brings to you its July cover featuring Sonu Sood. He’s not just any cover star, he’s a superhero with a plan and he’s playing the part to perfection. He’s got his metaphorical steel armour on and he’s ready to save the world, one man at a time.

Lensed by Rohan Shrestha and styled by Mohit Rai, Sonu is our strong cover superhero who’s making headlines with his work and how humbly he’s managed the spotlight since the lockdown. Unlike his characters at the movies where he’s played the bad guy, Sonu is pure gold in real life.

So don’t look any further because superman’s made an appearance on Filmfare’s cover this month. Check it out.