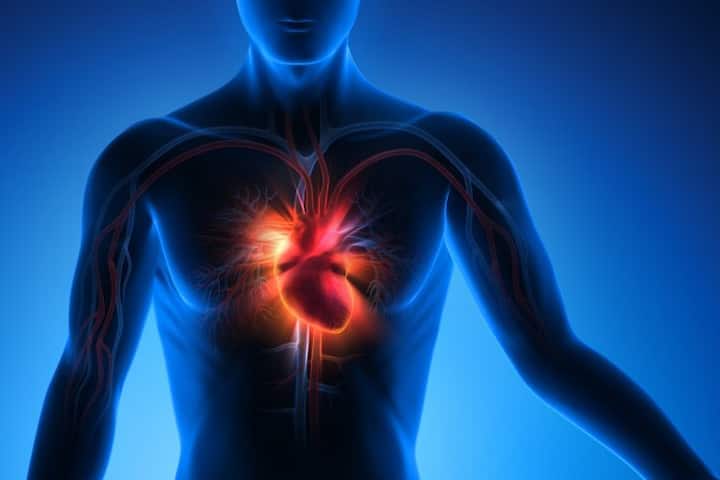 Covid Can Cause Heart Attach? During Corona, the maximum number of heart attack cases also increased. Even after recovering from Corona (Covid), patients remain at high risk of getting heart disease. After all, read this report to know how this virus damages our heart and how our heart can be prevented from being hit by this virus.

How does the heart get hurt?

The Kovid virus reaches healthy cells through the spike protein and then rapidly increases its number there by increasing enzyme 2 (ACE2). When this virus progresses, the immune system of the infected person first fights with it and the heart also has its own immune mechanism. But research has revealed that the way our immunity works to fight the Kovid virus or if there is more inflammation, then it can also damage the heart.
During covid, the heart is threatened in two ways, firstly, the virus causes inflammation, which directly damages the cells of the heart. Second, during the infection of Kovid virus, the spike protein breaks down in the blood and it can reach the heart and cause damage.

In the researchers, after examining the heart and healthy heart of people who died during Kovid, it was found that spike protein and TLR4 were found in the heart of Kovid patient, whereas these were not in the normal heart. This means that if someone has a covid infection, they can activate TLR4 and instead of directly harming the heart, it causes inflammation which is harmful for the heart.
The research also found that 62% of the most admitted patients during Kovid had heart diseases. Even the patients who were not admitted were at high risk of having heart problems. After Kovid, the cases of heart patients increased greatly and the disease of clotting, fast heart beat and slow heart beat increased in them.

how to avoid heart attack

To prevent any harm to the heart from Kovid, the best prevention is the vaccine so that you stay safe from Kovid and stay away from the danger of Kovid. Doctors also say that people who were given blood thinners or anticoagulants drugs in the right way when they had Kovid also reduced the risk of heart attack because they reduced the problem of clotting in the blood. For whether there is any damage to the heart due to Kovid, definitely get it tested to see if the heart muscle is damaged due to inflammation. Second, get the test done whether the clot has not formed in the arteries from Kovid.

Also read: Weight Loss Tips: Drink these 3 drinks on an empty stomach, you will lose weight even without exercise

Calculate The Age Through Age Calculator