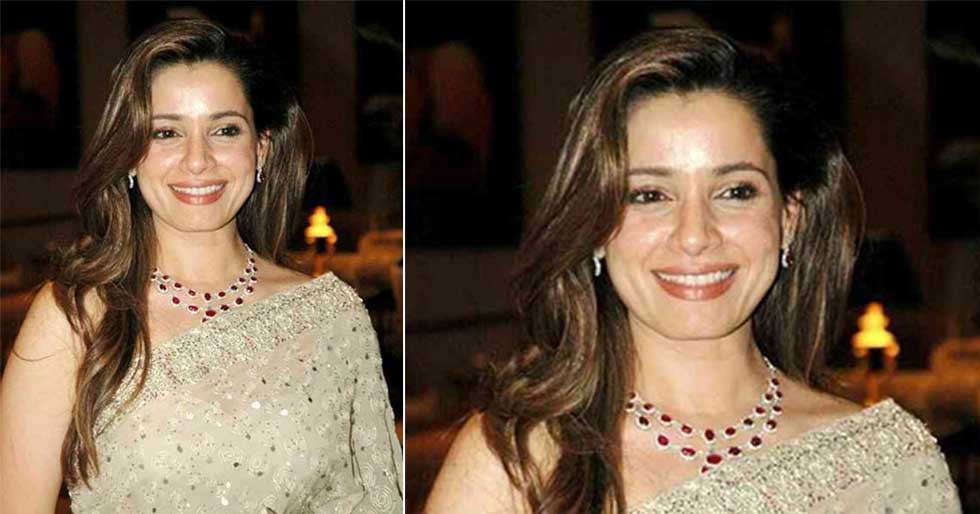 Actor and businesswoman Neelam Kothari Soni made her Bollywood debut with Jawaani in 1984. In earlier interviews, she’s spoken about how she had never thought about becoming an actress and that her parents weren’t exactly onboard with her doing a film. Nevertheless, Jawaani shot Neelam to fame and she went on to star in many successful films like Ilzaam where she starred with debutant actor, Govinda. Theirs was a successful pairing and she went on to recreate the Ilzaam magic with Govinda in 14 other films. Having ruled the ’80s and ’90s, it came as a surprise when Neelam gave up her acting boots at the start of the millenium. She’s recently made her comeback with the hugely popular reality web-series, Fabulous Lives of Bollywood Wives and is surprised at the messages of adoration she gets. In a candid interview with Filmfare, she tells us about her decision to leave the movies, the pre-MeToo era of the ’80s and how her acting career affected her business.

In 2012, you had told us that you were willing to come back to the screen if you received a good role. Do you think now is the time?

Oh yes, 100 percent. A lot of the content out there is female-oriented. The actress is, most of the time, the central character of the story. And I think it’s a great time for actors because there’s so much different stuff being made, interesting content, and I guess they’re making actors step out of their comfort zone. It’s a great time for actors and coming back to your original question, would I make a comeback? I think I couldn’t have asked for a bigger, better comeback than Fabulous Lives of Bollywood Wives because it’s just been humongous all over the world. Whereas, where acting is concerned, by all means, yes for sure, if something interesting comes my way, I would definitely do it.

There used to be a sexist notion that female actors have a “shelf-life”. Do you think that has been debunked?

Yes, it has. In fact, one of the main reasons why I decided to leave films was because I realised that the kind of offers or films that were coming my way were not…well, let’s put it this way, they were not what I was used to doing. So, I said to myself that my shelf-life is over and before I fade away, I might as well stop and give up now when people remember me on the top. I don’t want to just fade away. So, that was a conscious decision but right now, there are great roles for every age group, I think. Not only for women but for men, as well. I think there’s something for everyone now. Earlier, it was like ‘okay, you’re 50 so you’d get mother roles or father roles’. I think everything is changing now for the better.

Celebrities are styled these days even if they head to the airport. How was it back then?

It was very different back in the day. You just had to look good. I mean, there was no concept for a particular look for a film. Obviously if you were playing a village girl i.e. a “gaon ki ladki”, there was a certain look but otherwise you had to just show up looking really nice and pretty. And, I remember this funny incident. My maasi used to do my styling and all my necklines in most of my movies were up till here (gestures to the top of her neck). My dresses were all long and very conservative. Now, I’m a stylist’s nightmare. They’ll tell me to open up the neckline a little bit and I’ll go ‘no no no no’! I’m still extremely conservative and I know what looks good on me, what’s going to look nice. 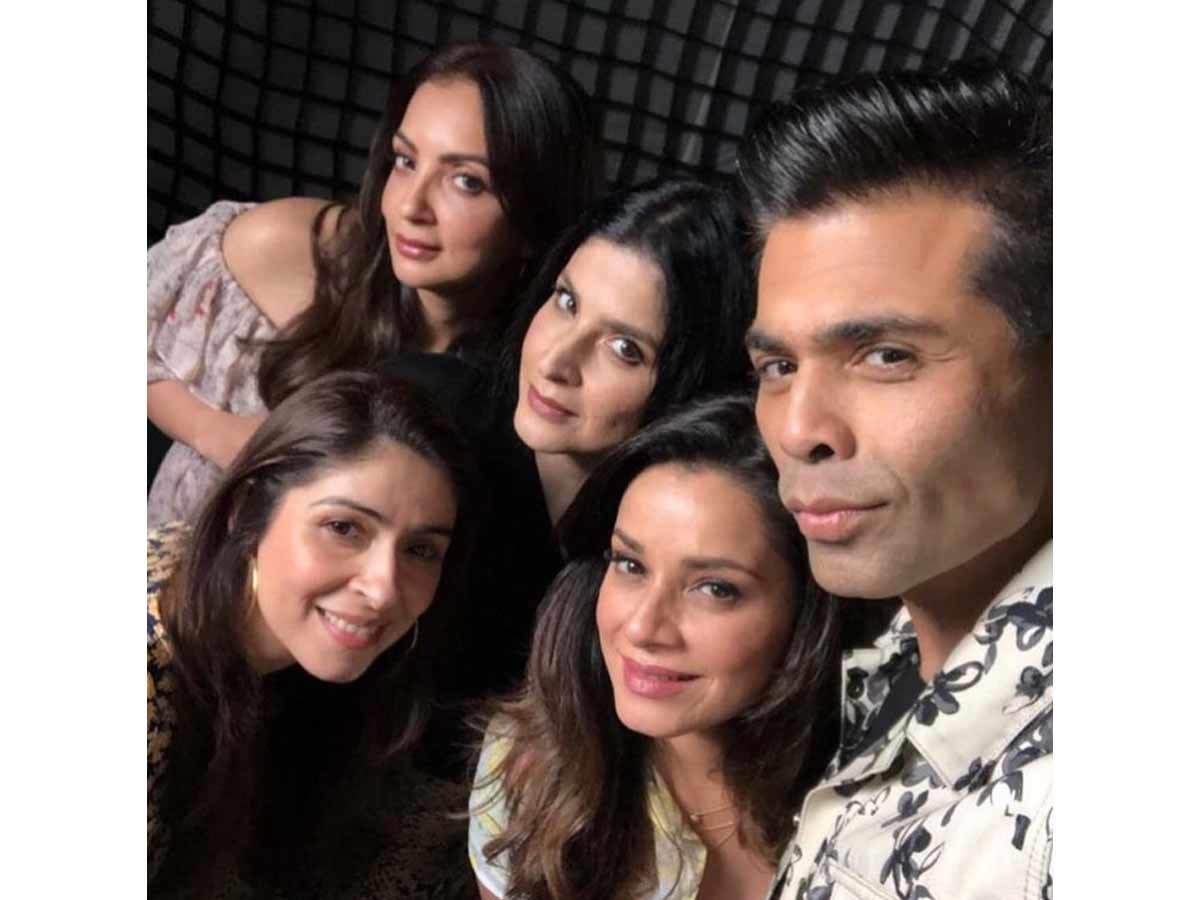 Do you feel that social media has taken away the mystery and allure surrounding Bollywood stars?

See, there’s a flipside to everything. It’s a great way for celebrities to be in direct contact with their fans and also get feedback, good or bad. But, yes, I feel that earlier a star meant … you hardly got an insight into their lives or what they were doing. But I think now it’s all out there. At the end of the day, it’s up to you regarding how much you put out there.

Did you face any problems because you didn’t come from a film background?

Look, I lucked out. I got my foot in the door very easily. You’ve seen my earlier interviews – this is not something I ever wanted to do. I never even dreamed of joining films and it just fell in my lap. My parents were totally against it. So, was it a bad place? No. I think there were so many misconceptions out there because there were a lot of unsaid things and people never spoke up but I just want to say that, ever since I’ve joined, I’ve never had any bad experiences – not even one. I think, if anything, people really respect you and it depends on how you conduct yourself, be it any profession. So, is it a big, bad place full of wolves? No, it’s not. 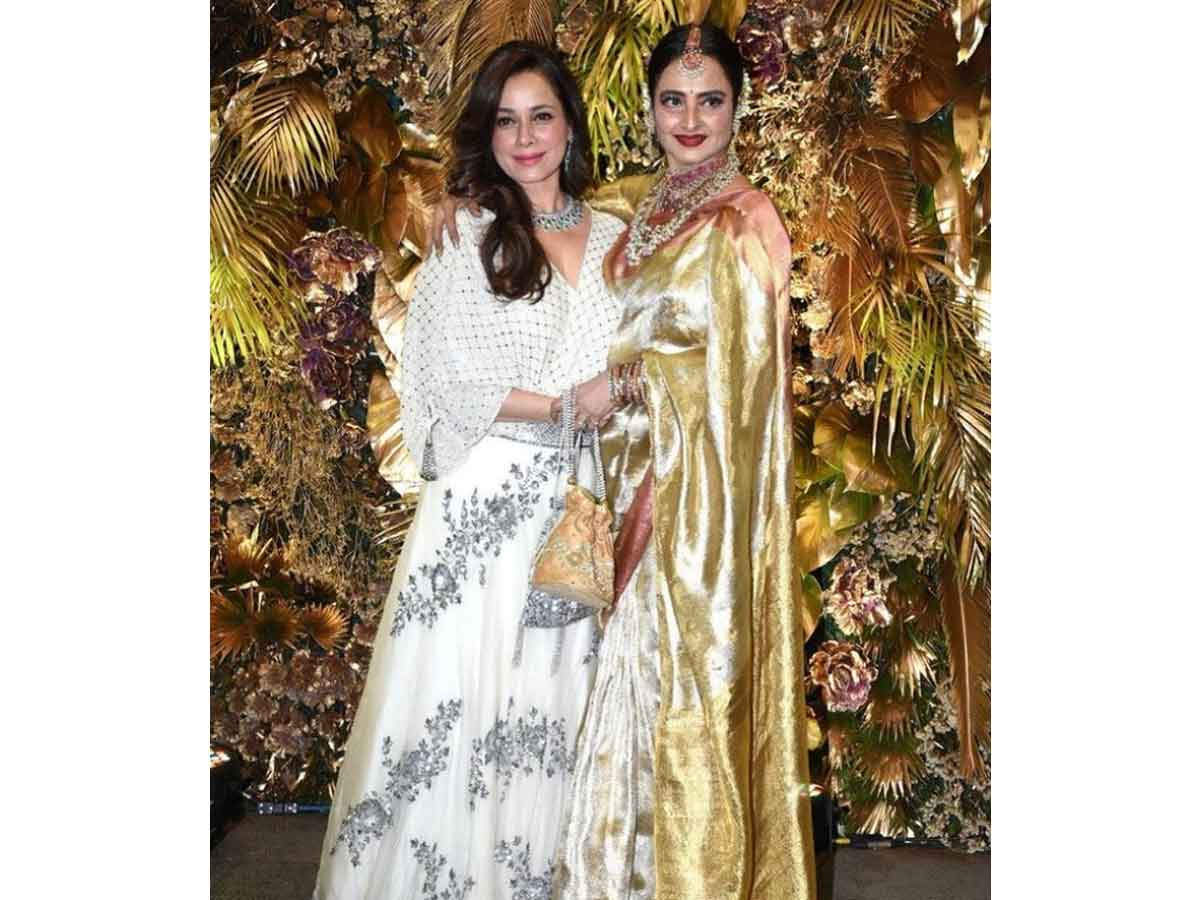 We all have our insecurities. I mean, even for me, I discussed my insecurity about facing the camera after so many years because it has been a while. Are people going to accept me? I have become older. That was my first thing to Karan (Johar). I said that I’m facing the camera after twenty years. He said ‘listen, you’ve got nothing to worry about, you look great’. I’ve even discussed it – I had a lot of apprehensions facing the camera. I told Samir (Soni) ‘I don’t know, people are going to think oh my God, what’s happened to her, she looks so different’. Luckily, it worked out fine. The whole idea of the show is that yes, one is to have fun and also to give the world a little bit of an insight into our lives. I think Season 2 is going to be a little more intrusive because they’re going to scratch the surface a little bit more. People want to see more about the dynamic and emotions.

But where were these apprehensions coming from?

See, when you’re facing the camera, I know where my flaws lie. What happens is that you tend to concentrate or focus on that particular point. You may not see it but I know it. It was all in my mind and I was just really nervous, honestly, because it was such a huge platform. Netflix has millions of viewers and I was extremely nervous. 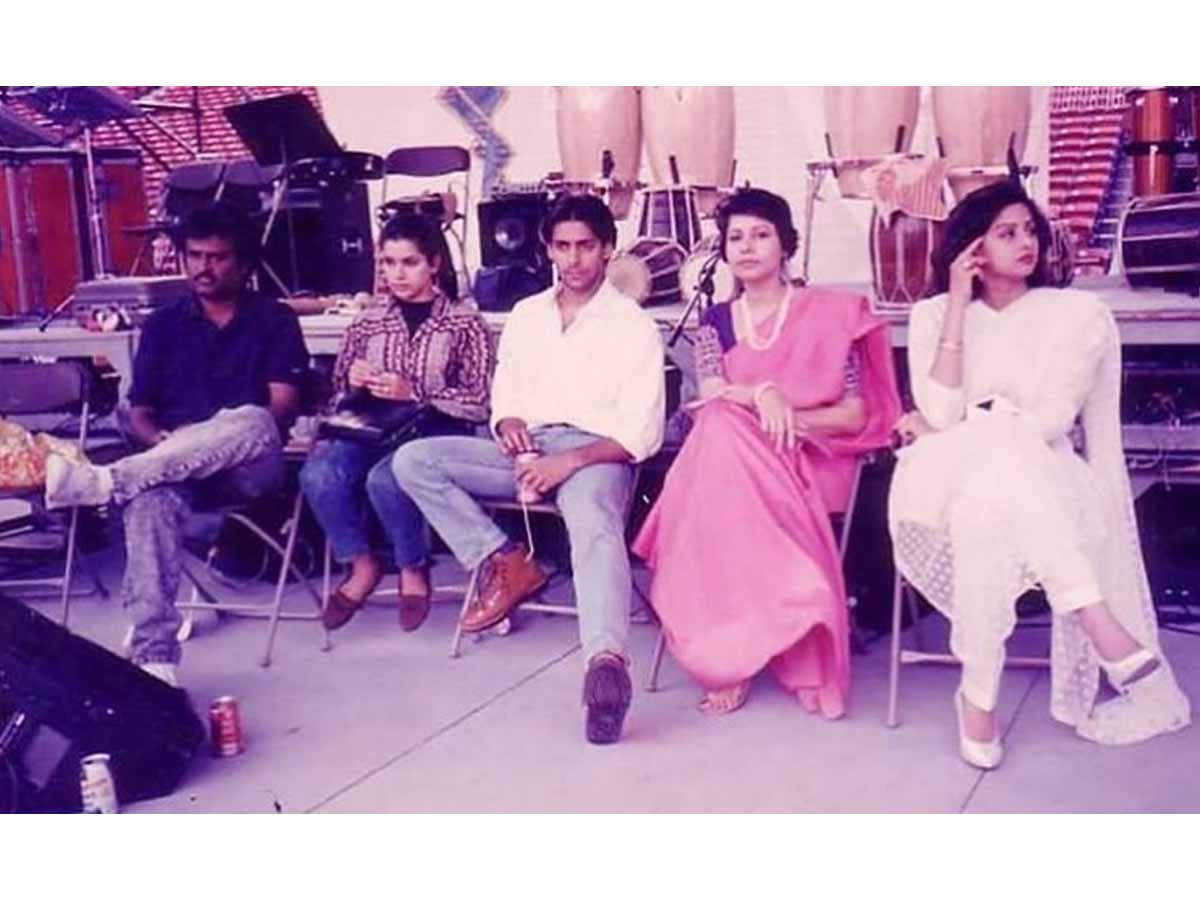 What can you tell us about Season 2 of Fabulous Lives of Bollywood Wives?

Well, I can’t disclose too much but I can tell you that it’s going to be a riot. We haven’t started shooting for it and its reality, so as you go along, there’s no script. They give you the scenario where we’re meeting for lunch or going to the beauty parlour or whatever and we don’t even know what unravels. I hope people enjoy it as much as they enjoyed Season 1. 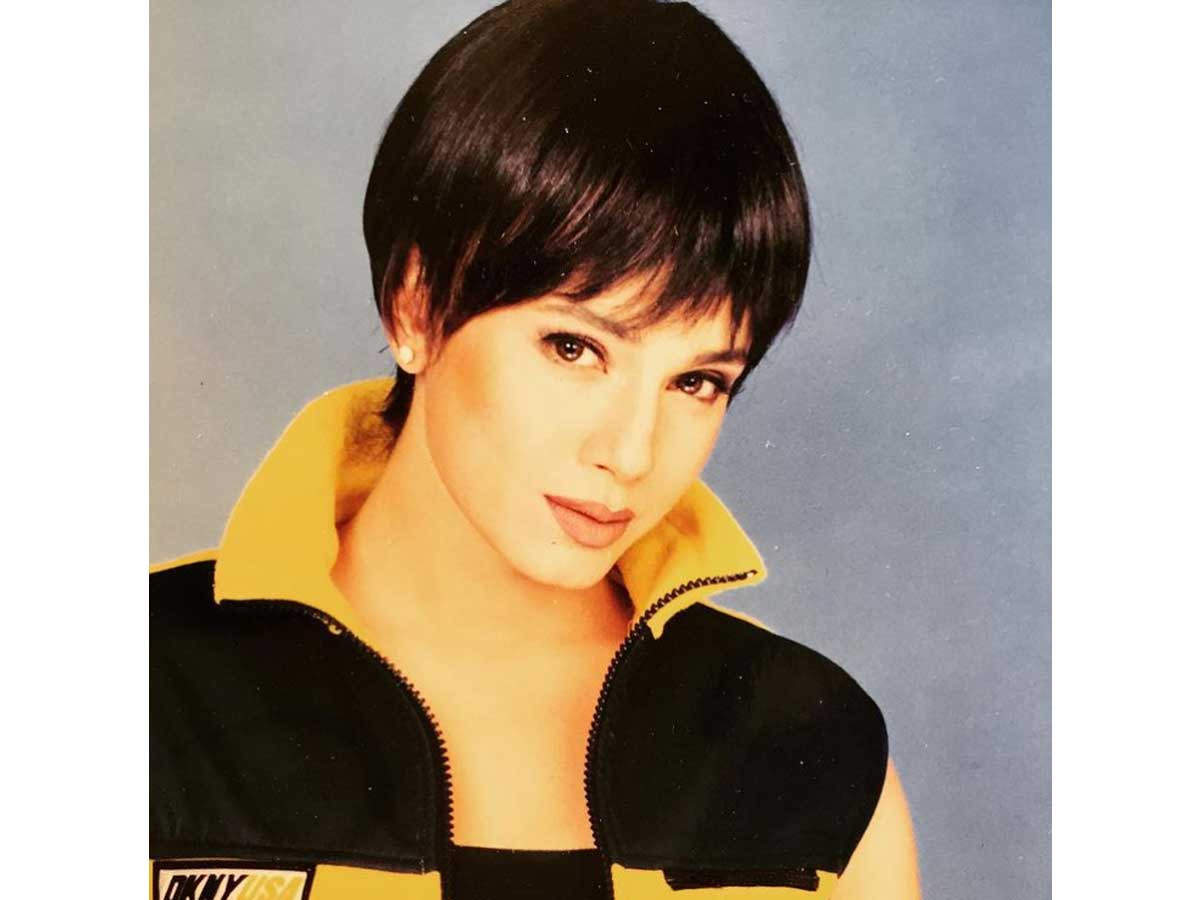 We’re living in a post #MeToo era where people are talking about equal pay and equal rights. How different was it when you started out?

Like I said, I never had any bad experiences. No one has ever misbehaved with me. I’ve never been thrown out of a movie. So, honestly, I wouldn’t have an answer for you because I never experienced any of this and if it was happening with somebody else, I really wouldn’t know. I’m sure people were voicing their opinions back then also but there were only a handful of newspapers and magazines. I’m sure people spoke up but the coverage wasn’t that big but yes, now people are a little outspoken and possibly, the fear is less.

You can watch the video below: 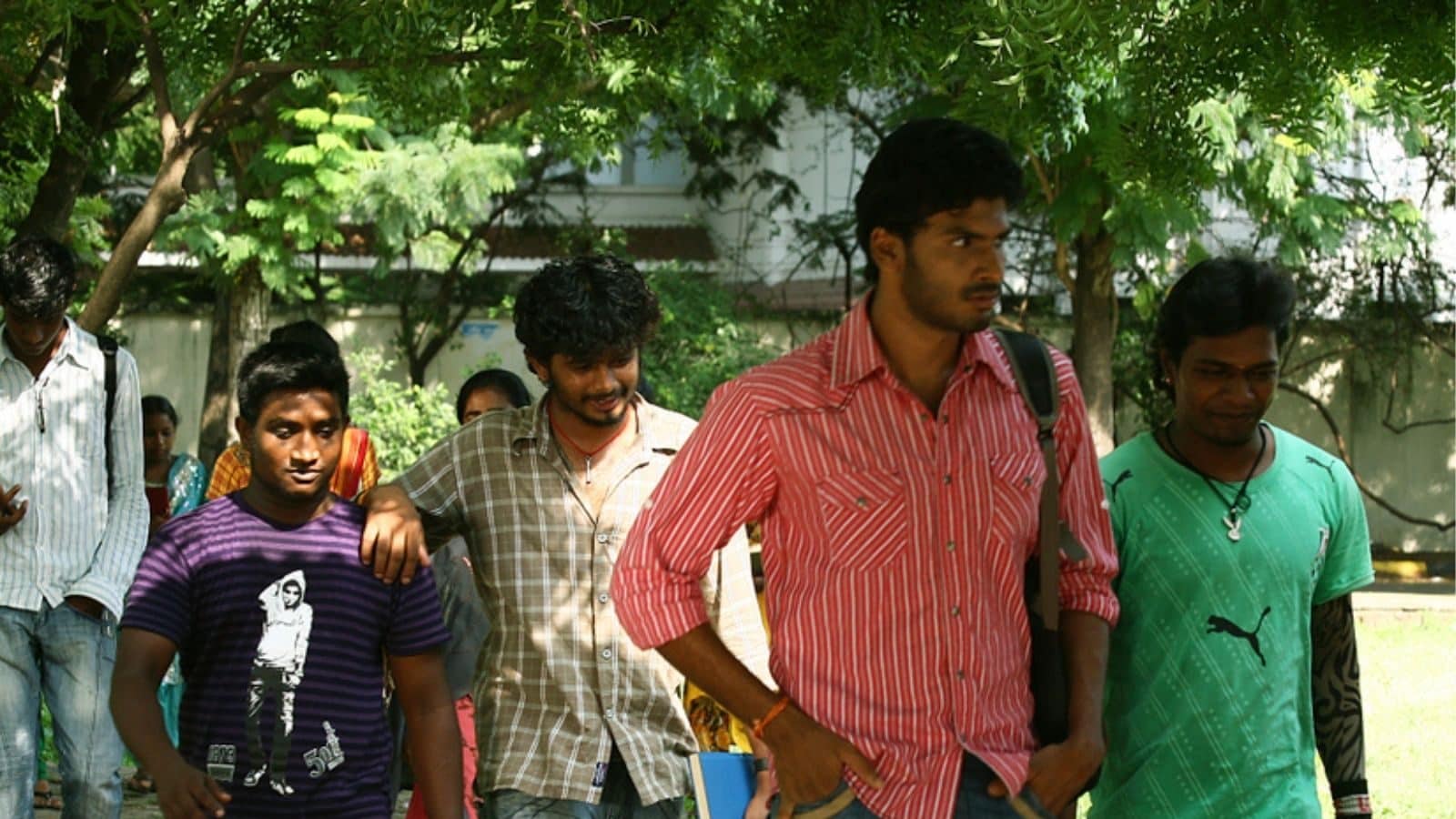