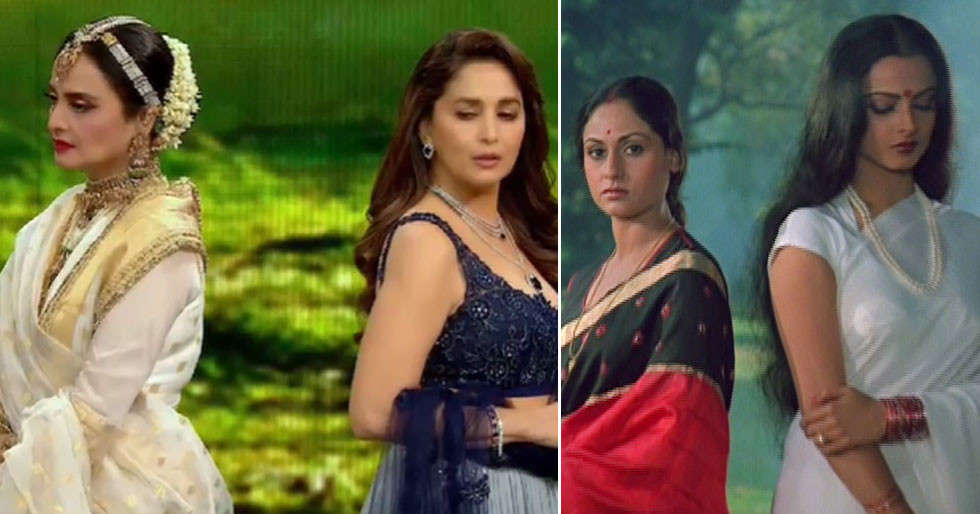 Popular veteran actress Rekha is all set to make an appearance this weekend on a dance reality show. In a promo that’s sure to grab eyeballs, Rekha and the show’s judge, Madhuri Dixit, are seen enacting one of the most memorable scenes from the 1981 hit, Silsila. Silsila had starred Rekha and Jaya Bachchan opposite Amitabh Bachchan and told a sensitive tale of adultery and an extra-marital affair. In the movie, the scene is acted out between Rekha and Jaya Bachchan’s characters.

In the show, Madhuri Dixit enacts Jaya Bachchan’s part. “Kya chahti hain aap (What do you want)?” Madhuri Dixit asks to which Rekha replies: “Mere chahne se kya hota hai (My desire is of no consequence)?” 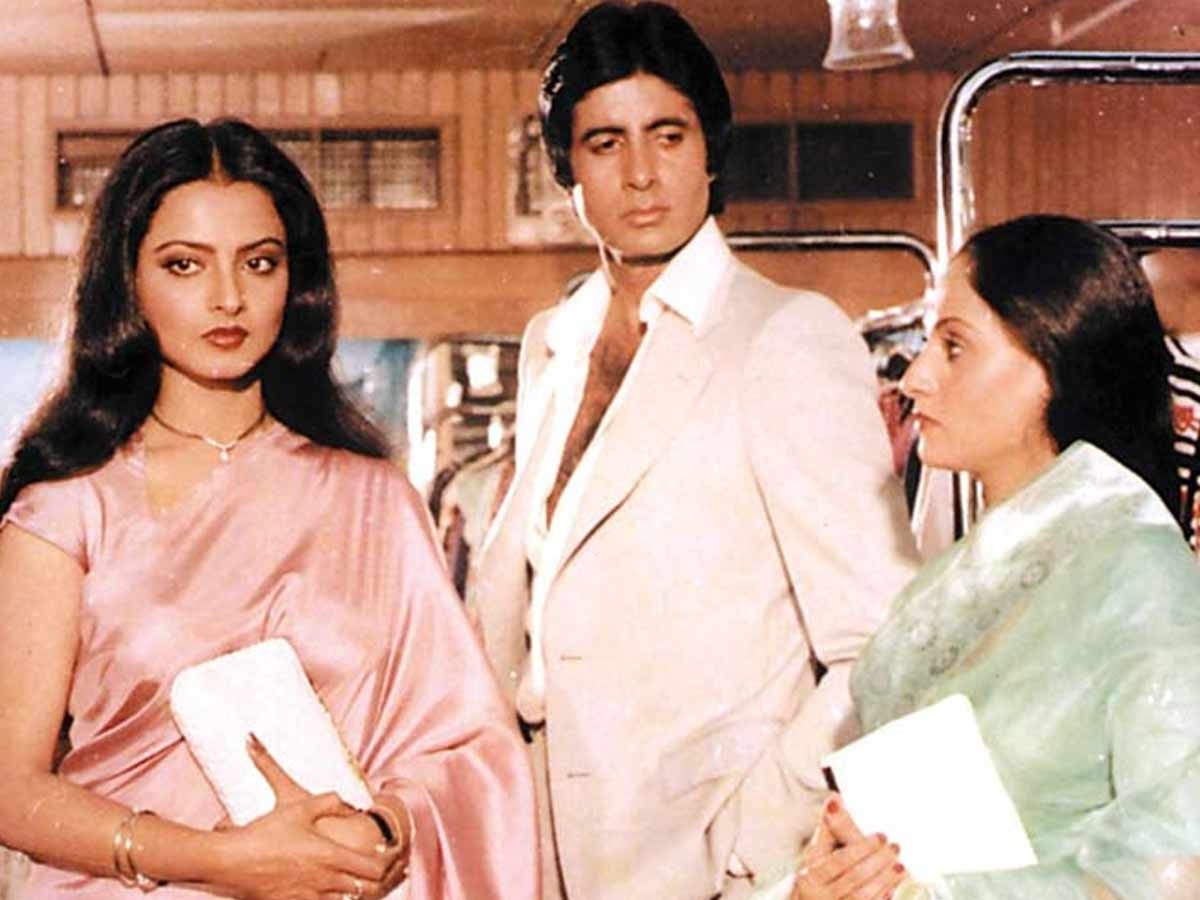 “Amit mere pati hain, mera dharm hai (Amit is my husband),” Madhuri says to which Rekha finally replies: “Woh mera pyar hai (He is the love of my life).” Following this, the popular track from the film, Dekha Ek Khwab begins playing.