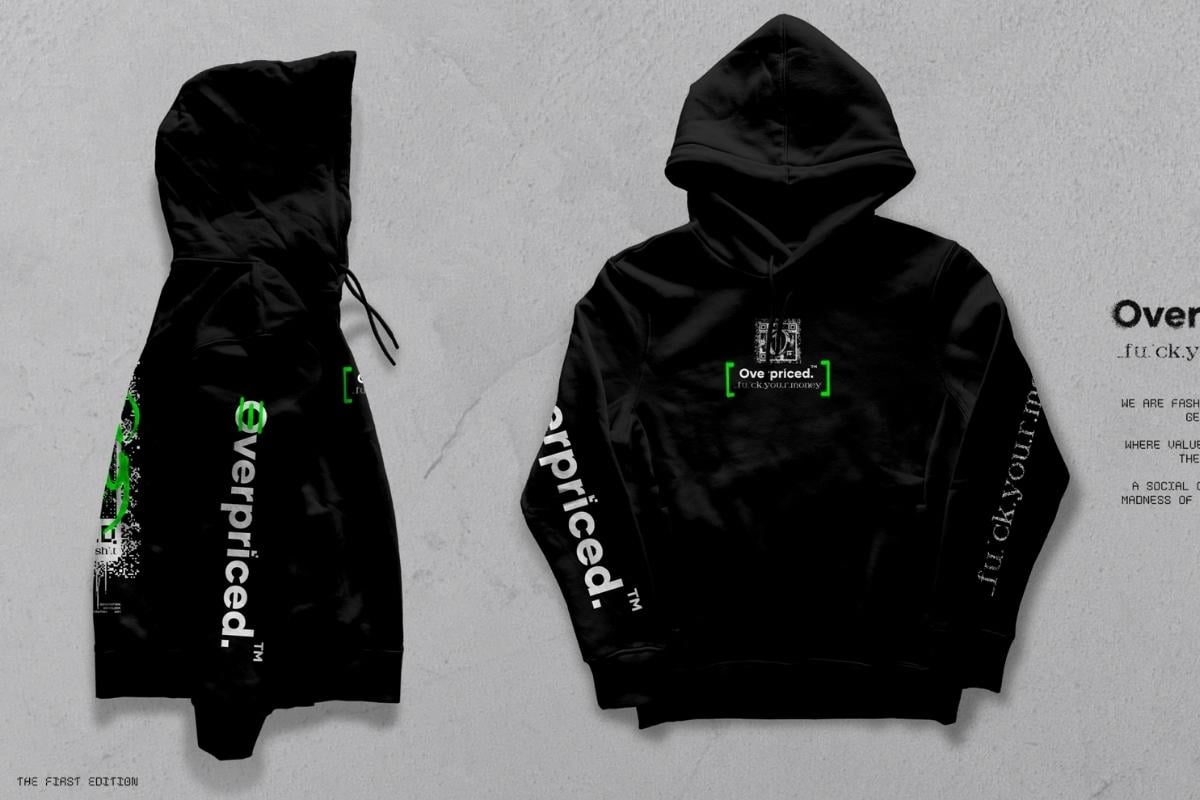 Overpriced has designed a one-of-one hoodie with scannable V-codes that allow users to wear, authenticate their unique NFT through a pop-up image link on any smartphone.

Art has gone digital in 2021 with the introduction of non-fungible tokens or NFTs and now they are even making way into the virtual fashion world. The most recent NFT that has made news this week is a virtual hoodie that was sold for £19,000. Streetwear fashion label Overpriced, has designed the virtual black hoodie inscribed with an expletive-laden logo in neon green graffiti font. The NFT was sold on the digital art marketplace Blockparty to an anonymous bidder. The buyer of the hoodie, through scanning a code, can now wear it in virtual settings online. According to a report by Hypebeast, Overpriced has announced the debut of its NFT-powered clothing line and an upcoming auction on Blockparty. co will exclusively offer the brand’s inaugural season one NFT and the brand’s first wearable NFT powered Hoodie. Overpriced is a high-end fashion brand, founded earlier this year by creative agency Impossible Brief’s James Zwadlo and Chris Levett who wish to create a social commentary on the obsession of money meeting art, reported Hypebeast.

The makers are inspired by the idea that value or beauty is in the eyes of the beholder. Overpriced has designed a one-of-one hoodie with scannable V-codes that allow users to wear, authenticate their unique NFT through a pop-up image link on any smartphone.

Hypebeast reported, if the virtual hoodie is lost, stolen, damaged or sold, the V-codes will become invalidated and a new hoodie will be sent to the new owner’s address of choice, thus becoming the new authentic piece. The brand describes itself as the fashion for the 21st century’s crypto century.

NFTs have become the trend this year with several digital art pieces, including memes, and gifs being bought at high prices. Singer Grimes sold her art work for $6 million earlier this year. The Candian singer sold a series of ten pieces that went up for sale on Nifty Gateway on February 28. The highest-selling piece from this collection was a one-of-a-kind video called “Death of the Old” that features flying cherubs, a sword, a cross and glowing light that move to an original song by Grimes.