All You Need To Know 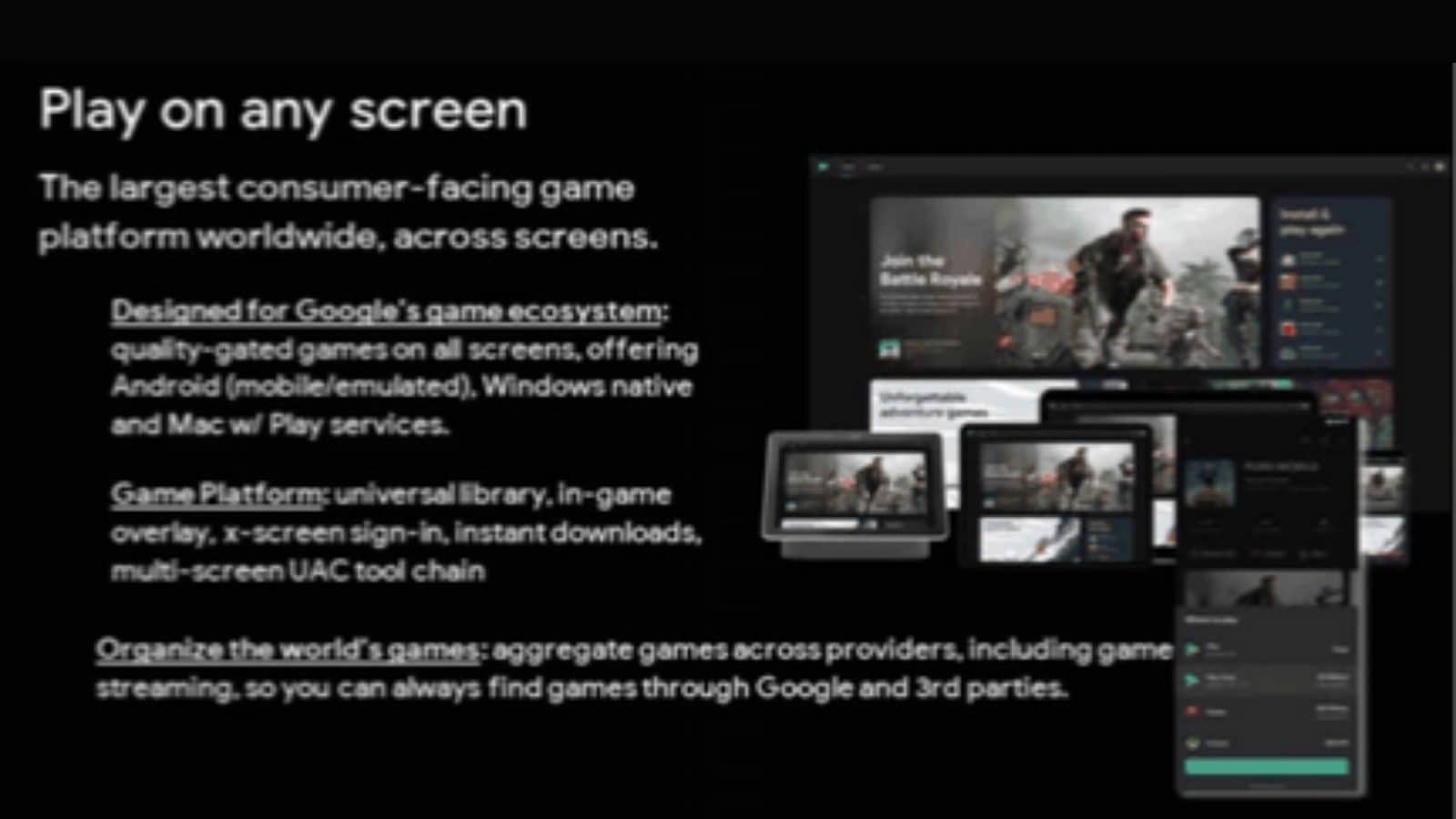 Google had big plans for gaming, a confidential document revealed in an Epic Games vs Apple hearing has revealed. According to the “need-to-know” document, Google had an ambitious five-year-plan to create what the company dubbed as “the world’s largest gaming platform.” The 70-page document named “Games Futures” reveals that Google wanted to create a single platform for multiple platforms including Windows, Mac, smartphones, as well as smart displays – all tied together by Google Services and a low cost universal controller that gamers can pair with any device, including a TV.

The document, source by The Verge, suggests that to start the said gaming platform, Google will have to first bring “emulated, native, and streamed games” to Windows – something that can be easily made possible with Windows 11, as the upcoming version of Windows will support Android apps natively. The document includes how Google will try to establish its Play Games brand as an “indie game destination,” and bring about 100 of the best Android mobile games to PC. It also detailed how Google will require developers to support controllers and multiple platforms, and mandate minimal prices so that it can attract premium games on the platform.

The platforms description reads that it would have had a universal library and users would be able to aggregate games across providers, including game streaming, so users can always find games through Google and third parties. The controller, it says would have been a low-BOM, ear-buds style Bluetooth controller and will be able to unlock smart displays and TVs.

The document details ambitious plans from Google to create the largest gaming platform in the world that would work on all kinds of devices. It is unlikely that the company will go ahead with the launch of this platform as Google’s recent efforts in gaming have not been successful. The company also shut its original game studios for Stadia earlier this year.