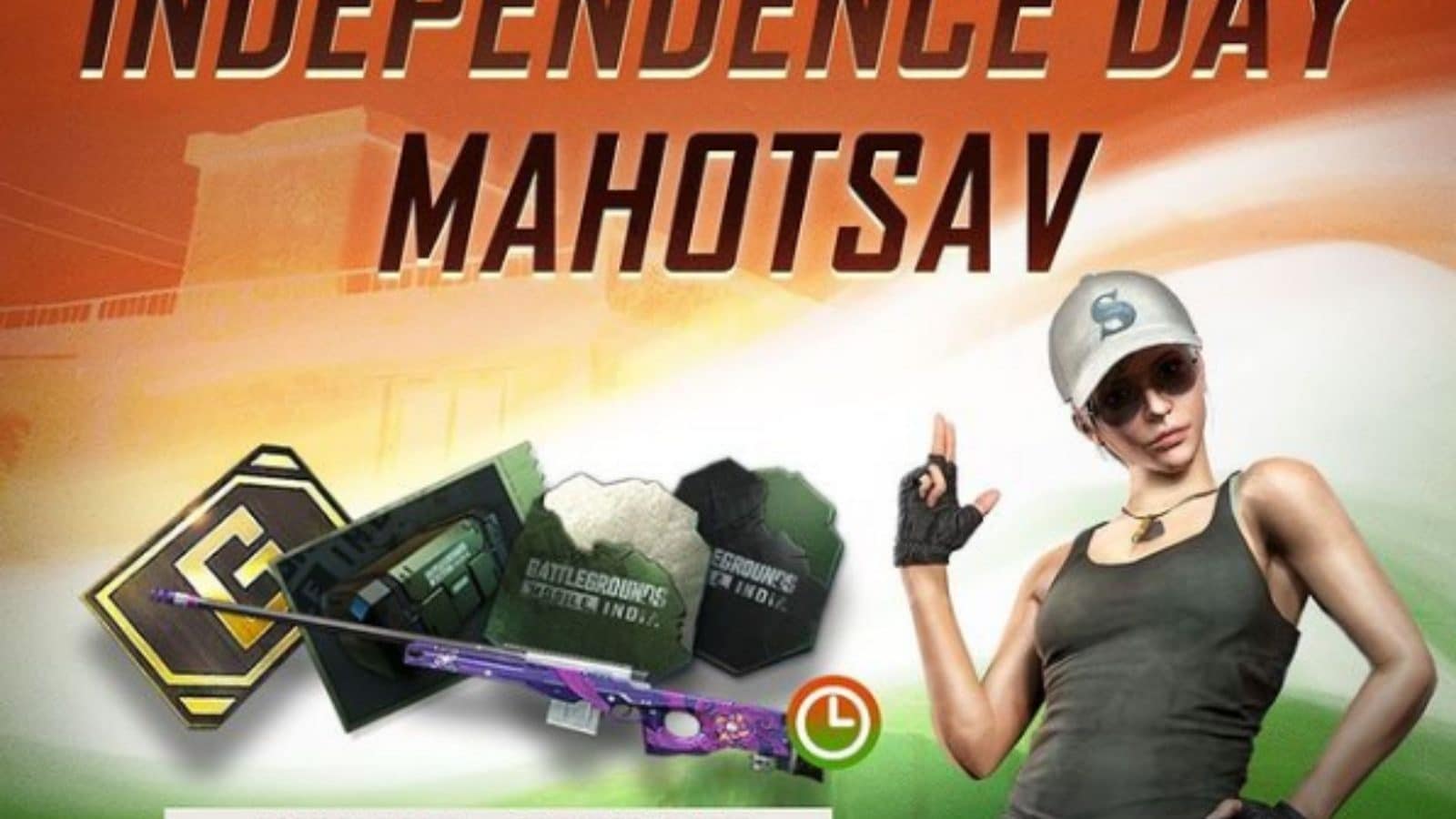 Battlegrounds Mobile India (BGMI) is celebrating “Independence Day Mahotsav” from August 11 to August 20. In a post across its social media channels, the South Korean-based developer Krafton announced that gamers would win rewards, including special AGM skins at the event. The company adds that it is also unlocking new missions ahead of Independence Day celebrations in India on August 15. “Drop in and check out the events centre for latest missions and get winning with your squad,” the social media posts read.

Recently, BGMI also announced special rewards as the game is nearing 50 million downloads-mark. Earlier this week, the game had roughly 48 million downloads, and gamers received ‘three supply coupon crate scrap.’ The same rewards will be distributed when Battlegrounds Mobile India clocks 49 million installations. Additionally, 50 million downloads milestone will offer ‘permanent Galaxy Messenger.’ Krafton has also banned over 336,000 players after they were found cheating within the game, which is a tweaked version of PUBG Mobile. These accounts have been banned permanently and will not be able to make it back to the game. The team had investigated these banned accounts between July 30 and August 5 and found them to be using illegal activities to gain an advantage in the game. “Battlegrounds Mobile India will strive to implement strong sanctions with the ultimate goal of eradicating the use of illegal programs in order to provide you a pleasant gaming environment,” a notice on the website said.

Meanwhile, BGMI is available on Google Play Store, and the iOS availability remains unclear. While announcing rewards before hitting the 50 million mark, the company said it is preparing rewards “regardless of their OS,” indicating it may launch on iOS soon. Krafton is yet to confirm this development. Battlegrounds Mobile India players must ensure they’re using the latest version of the app to enjoy updates.