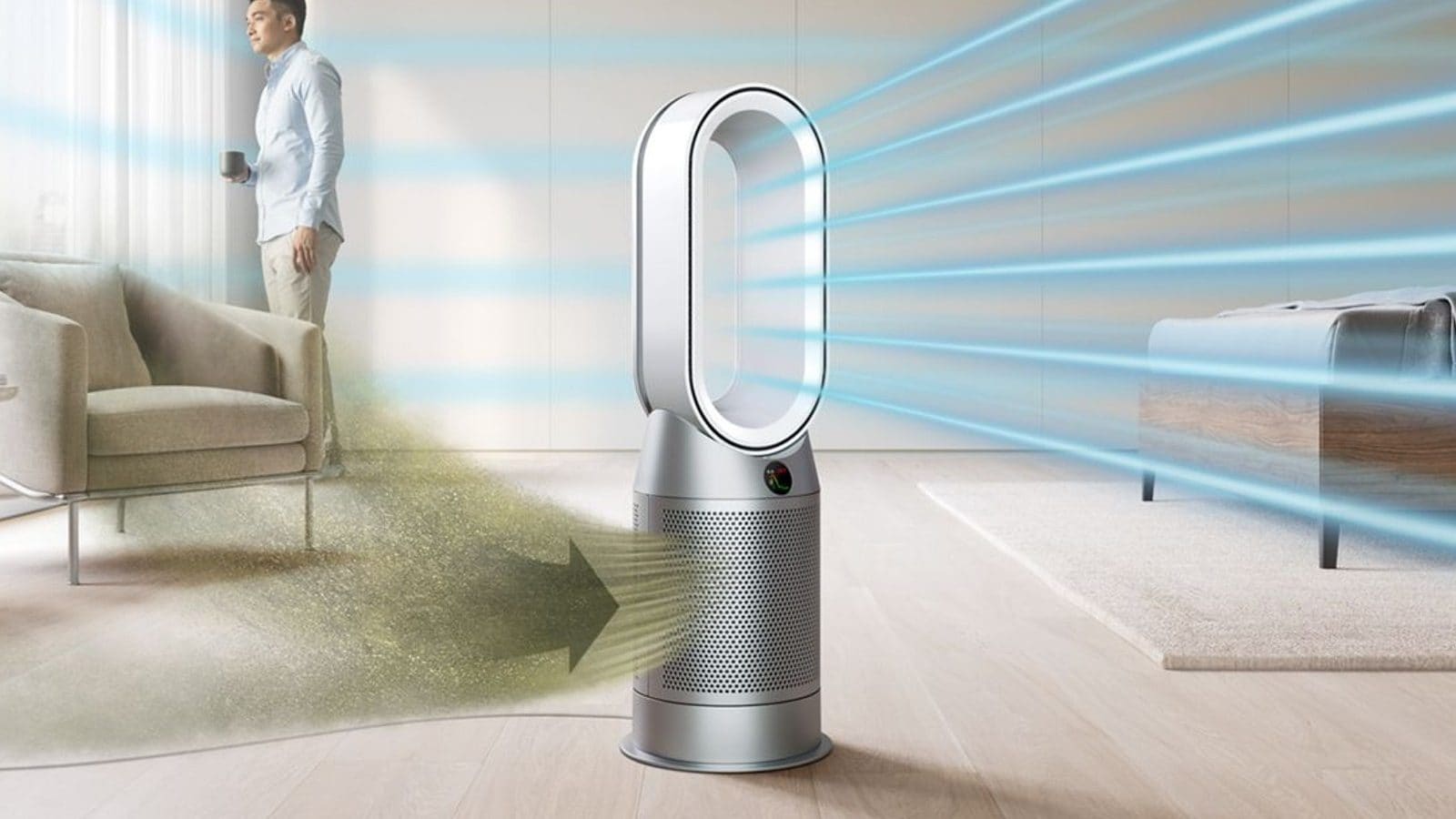 Dyson India has announced the launch of two new generation air purifiers from its portfolio – the Dyson Purifier Cool and Purifier Hot+Cool. The two new air purifiers look identical to their predecessors, the Pure Cool and Pure Hot+Cool (review), but the company claims that it has offered strategic engineering upgrades to make the new purifiers better as overall packages. Among key improvements are what Dyson claims to be reduced air leakage leading to better air purification, and quieter air output from its fans helping in more silent runtimes. Most of its other features have remained iterative, at best.

In terms of the new features, the Dyson Purifier Cool and Hot+Cool air purifiers claim to come with a re-engineered airflow pathways. This, the company says, offers a fully sealed HEPA 13 filtration process. The better sealing reportedly blocks any loose filter fitting to restrict any incoming, unfiltered air from bypassing the filters. It also applies to the air output, hence reportedly restricting recirculation of dirty air back into the purified air flow. A Dyson spokesperson claims on the matter that with this new sealing technology, the new Purifier Cool and Hot+Cool can remove 99.95 percent of impurities from the air, going all the way to particles 0.1 micro in size.

Dyson has further claimed that its re-engineered sealing applies to the entire machine and not just its filters, and this has given its purifiers HEPA H13 standard certification. “Dyson engineers took a forensic approach to achieving a fully-sealed machine, creating high pressure seals at an additional 24 critical points to prevent dirty air from bypassing the filters and carrying pollutants back into the room,” the company says.

In terms of its reduced noise output, Dyson claims to have reduced points of contact between the output air and the purifier’s body, which has seemingly led to 20 percent lesser noise output from the new Purifier Cool and Hot+Cool. “Dyson engineers refined the overall airflow path by widening the aperture (slot in which the air exits the machine) and its geometry was improved,” the company says. Most other features, including its Air Multiplier technology coupled with its bladeless fan, its heating technology and others, remain unchanged from before.

The Dyson Purifier Cool is priced at Rs 45,900, while the Purifier Hot+Cool is priced at Rs 55,900. Both the units are available in white and black colours, and can be purchased online from Dyson’s own site, Amazon and Flipkart. They are also available offline at certain Crome and Reliance outlets, and across 12 physical company outlets in Bengaluru, Chandigarh, Chennai, Delhi, Gurugram, Hyderabad, Mumbai and Pune.