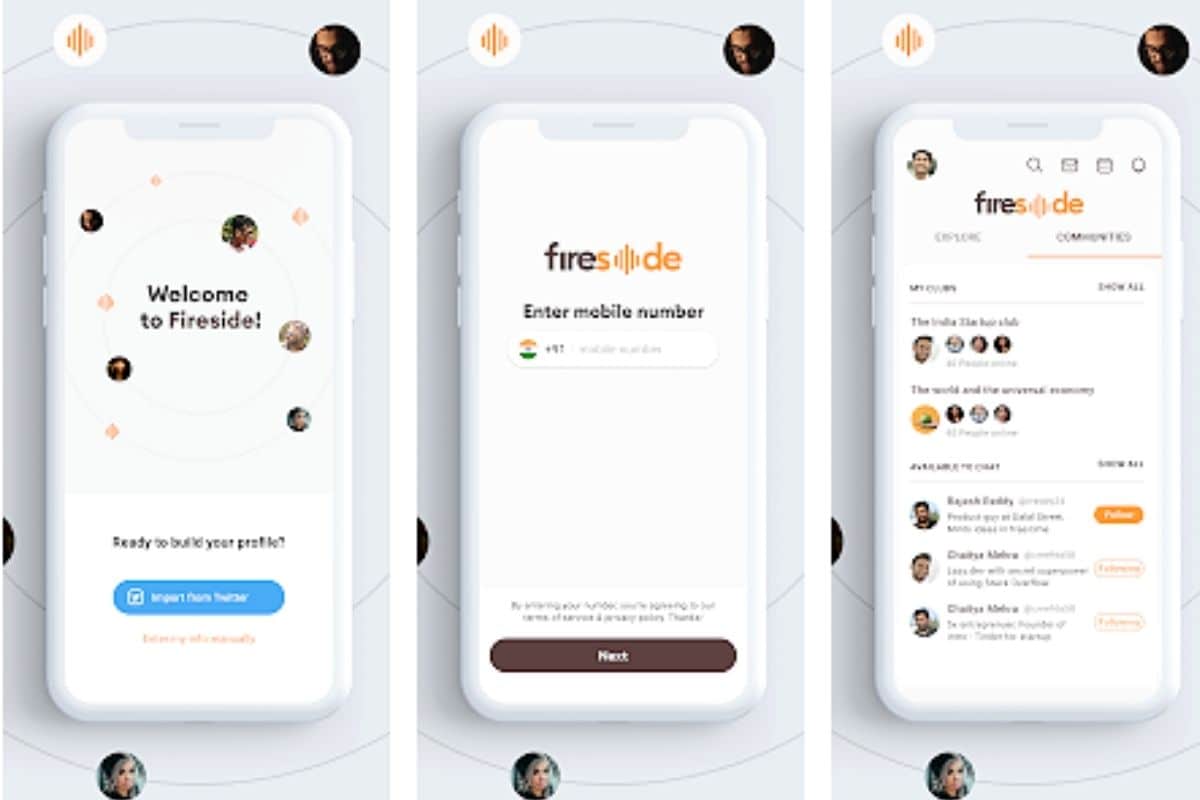 Fireside, the Made in India app and Clubhouse rival, has crossed over one lakh downloads on the Google Play app nearly a week after launch. The audio-based chat app developed by founders of short video platform Chingari had also released the app Apple App Store store for free; however, its iOS-specific download figures remain unclear. Fireside, which debuted at a time when India is battling the deadly second wave of COVID-19, aims to provide relief to users through audio-based conversations. The platform looks similar to Clubhouse in terms of design and features, though its availability on Android aims to give it an edge over rivals. Fireside also competes against Twitter’s own audio-based chatroom Spaces that started rolling out to iOs and Android users early in May. Spaces is available to use through the existing Twitter app for Android and iOS.

The Fireside app also has enabled a virtual space that dispenses information on COVID-19 and lets users send SOS requests. The company had announced that 24×7 COVID-19 helpline rooms within the app, where users leave their queries. Speaking over the development, Sumit Ghosh, chief executive officer at Fireside said that the early success of the app indicates a growing demand for an audio-based chatroom to “instill” emotions and a “sense of belonging” among social media users. “In today’s time when isolation has become a​ reality, Fireside gives huge ​​support by creating a virtual room to bridge emotional ​and communication ​gaps. The features have been conceptualised​ and curated especially​ to give space to voices, support ideas, allow debates, simplify learning and nurture creativity. We are buoyed by the initial response and believe that Fireside’s popularity will continue to grow in ​near future,” he added in a statement.

The app is also conceptualised by Aditya Kothari and Ashwat Venkateshan. Fireside’s sister brand, Chingari, founded by the same founders currently has over one crore downloads on the Google Play app store.