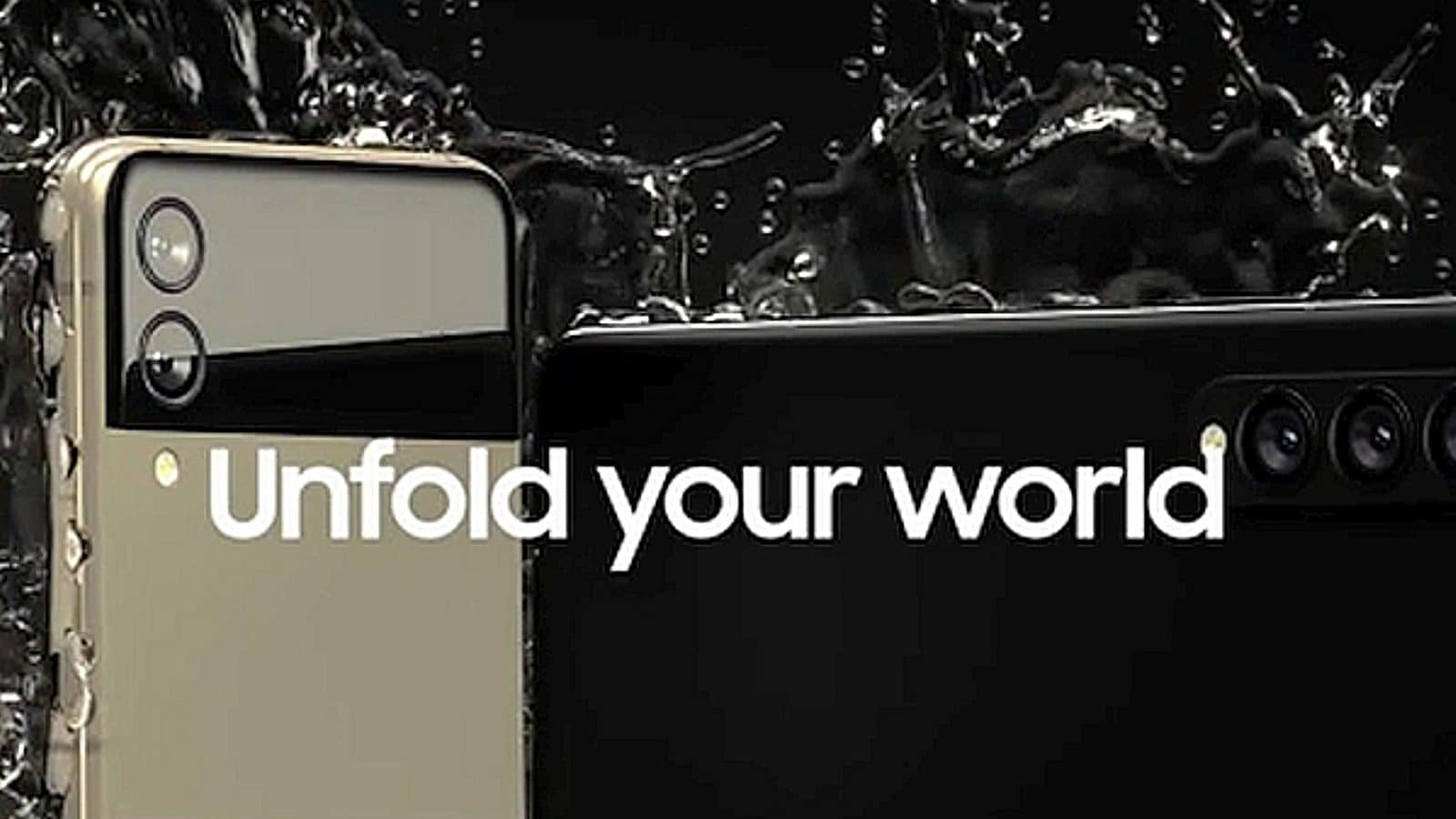 The Samsung Galaxy Unpacked event is slated to showcase the third generation foldable phones, and give a glimpse of the new wearable OS by Samsung and Google.

The Samsung Galaxy Unpacked event is set to begin in some time. By now, we have a fairly strong idea in terms of how the event is slated to go, and the list of devices expected to be launched at the event include the Samsung Galaxy Z Fold 3, the Galaxy Z Flip 3, the Galaxy Watch 4 and the Galaxy Buds 2 true wireless stereo earbuds. The event marks the second major Samsung event for the year, after the first Galaxy Unpacked of the year introducing the Galaxy S21 series flagship smartphones. The biggest attraction of this launch is slated to be the two new foldable smartphones.

The Samsung Galaxy Z Fold 3 and Z Flip 3 are both expected to get straighter edges as part of a general design overhaul, while keeping the form factor constant for both the Fold and the Flip. Fundamental new features include stylus support for the Z Fold 3, and a better outer display and better cameras on the Z Flip 3. The Fold is tipped to get three 12MP rear cameras, and 120Hz refresh rates on both the interior and exterior displays. The interior folding display may also get an under-display camera, while the Z Flip 3 is expected to feature a drill hole slot for the front camera.

The Samsung Galaxy Watch 4 is expected to get three watch sizes and two materials — aluminium and stainless steel. The big deal, though, is going to be the new Wear OS 3 software experience, and a lot of interest is going to be around that only. The Buds 2, meanwhile, are expected to be similar but offer better noise cancellation and possibly better battery life as well. All of this is expected to be part of the Galaxy Unpacked 2021 lineup, and final details including their India prices, launch dates and more should come our way, shortly.