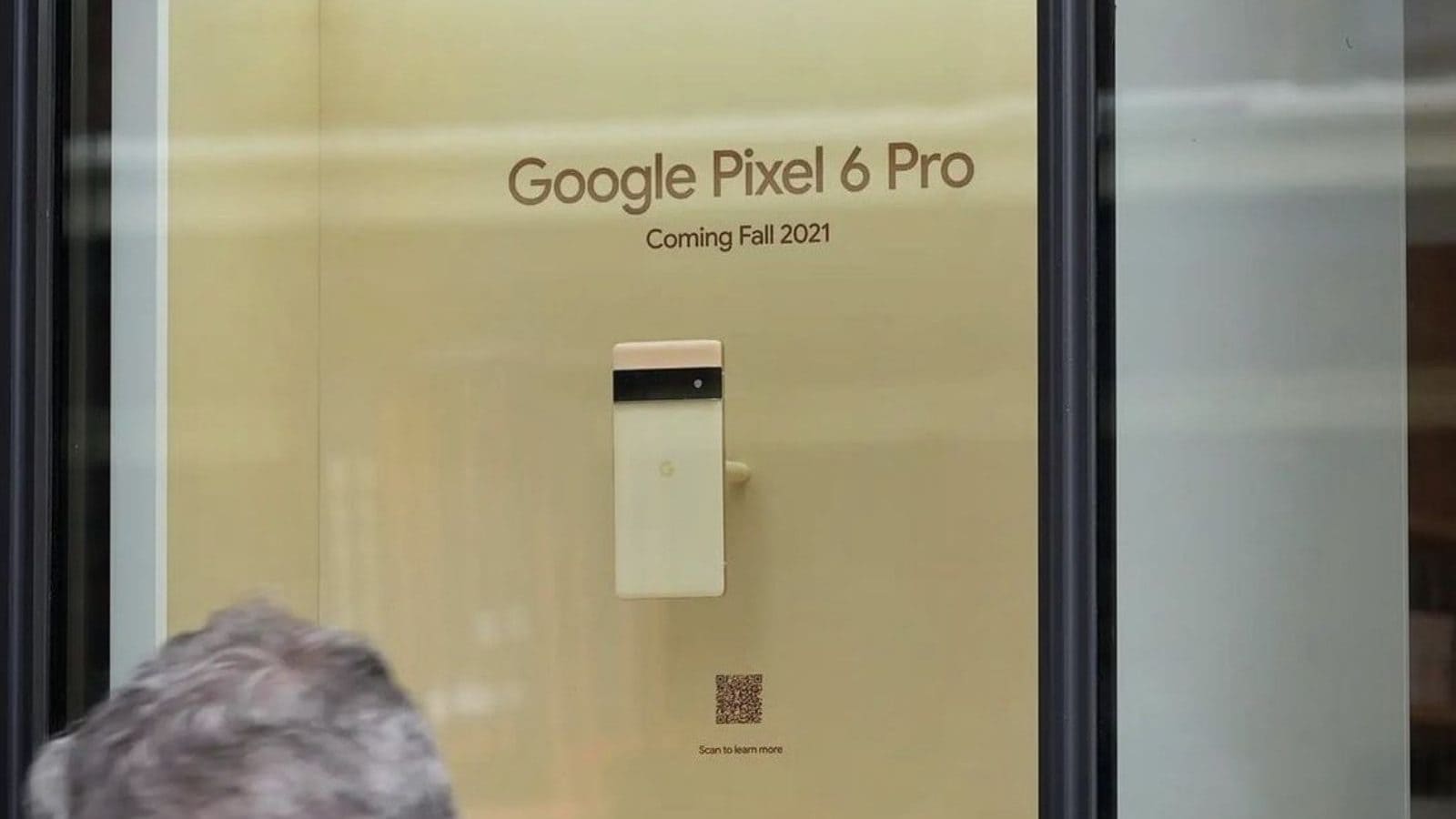 A day after Apple announced its much-awaited iPhone 13 series, Google’s Pixel 6 series has been spotted in a Google store in New York. According to images shared by a Twitter user, the Google Pixel 6 and Pixel 6 can be seen on display in a Google Store in New York City. According to a report in GSMArena, the photos of the smartphone on display were first shared on Reddit.

Last week, Google released its flagship Google Pixel 6 and Pixel 6 Pro’s trailer on YouTube. Rather than revealing all of the information about its new Android phones, Google is focusing on the new chipset or System on a Chip (SoC) that’ll power new Pixel 6 series. The Tensor SoC is named after the Tensor Processing Units (TPU) used in Google’s data centres.

Google has already revealed some information about the Pixel 6 and Pixel 6 Pro smartphones. Last month, Google confirmed probably the biggest change on Pixel 6 series that has been rumour since quite a while – the Pixel 6 will, in fact, come with Google’s in-house Silicon chipset, which Google has named Tensor. The Google Tensor chipset can process Google’s most powerful AI and ML models directly on the Pixel 6 smartphones, Google said. Google said that the Tensor chip will help improve the smartphone’s camera capabilities, speech recognition, and many other features. The smartphones have a camera bar that runs through the width of the Pixel 6 series. The Pixel 6 Pro will come with a triple rear camera, while the Pixel 6 vanilla will come with a dual rear camera setup (without the telephoto lens). Google did not show samples of the Pixel 6 camera.

Although there is no official Google Pixel 6 release date, the window display does say that both phones will be available in “Fall 2021″. Google’s flagship smartphones are typically released around October, however, the Google Pixel 5 was released in late September. According to multiple sources, the new Google Pixel is expected to launch on October 19.

Google also never passes up an opportunity to mock its ultimate competitor, Apple. With the recent release of the iPhone13 series, a tweet from Google’s long-defunct Nexus account stated, “I’d wait for the Pixel 6″ after Apple’s iPhone launch event on September 14.