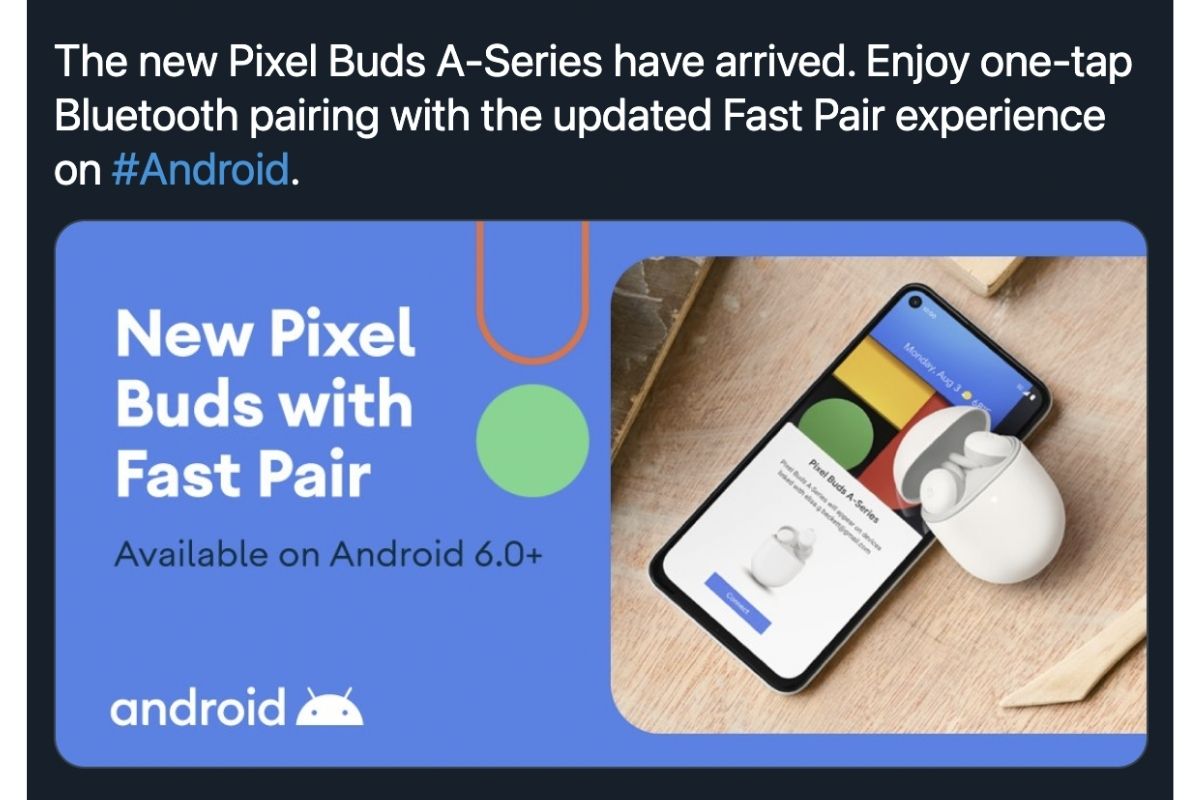 The accidental reveal reveals the name of the next version of Google Pixel Buds, and gives us a hint of a subtle change in the colour scheme.

Pixel Buds from Google were launched last year as the company’s first TWS earphones and were launched to a largely positive response from all sides including customers and reviewers. This year, the company is said to launch a successor to last year’s Pixel Buds and it will be called Pixel Buds A-Series, according to a recent accidental tweet from Google. The company announced the Pixel Buds A-Series on Twitter accidentally via the @Android handle. While it was deleted within 10 minutes of going live, folks at 9to5Google were quick enough to spot the tweet and do the needful. The Twitter post, according to the 9to5Google report, is likely the result of accidental scheduling.

The accidental tweet from Google advertised the recently-designed Fast Pair experience on the Google Pixel Buds. No posts were made on other Google handles like Made By Google and no Google Store listing. The tweet however, indicates at the name of the next Google Pixel Buds. They will be called the Pixel Buds A-Series, as seen in both the tweet, as well as the image shared with it. In the image shared by Google, the earbuds are shown in a white colour, with a light grey underside and stabiliser arc. The grey colour is also used on the inside of the pebble-shaped charging case, replacing the black colour used in last year’s Pixel Buds.

The accidental tweet, however, did not give us much apart from the name and the subtle change in the colour scheme. The tweet, however, said that the Pixel Buds A-Series will come with “Quality sound,” apart from the quick Bluetooth pairing that will be a result of the Fast Pair feature on Android. The image shared with the tweet also said that the new Pixel Buds A-Series will be supported on smartphones running on Android 6.0 and above. The 9to5Google report, however, indicates that the “A” branding could imply at something affordable like the Pixel 3a and the Pixel 4a.