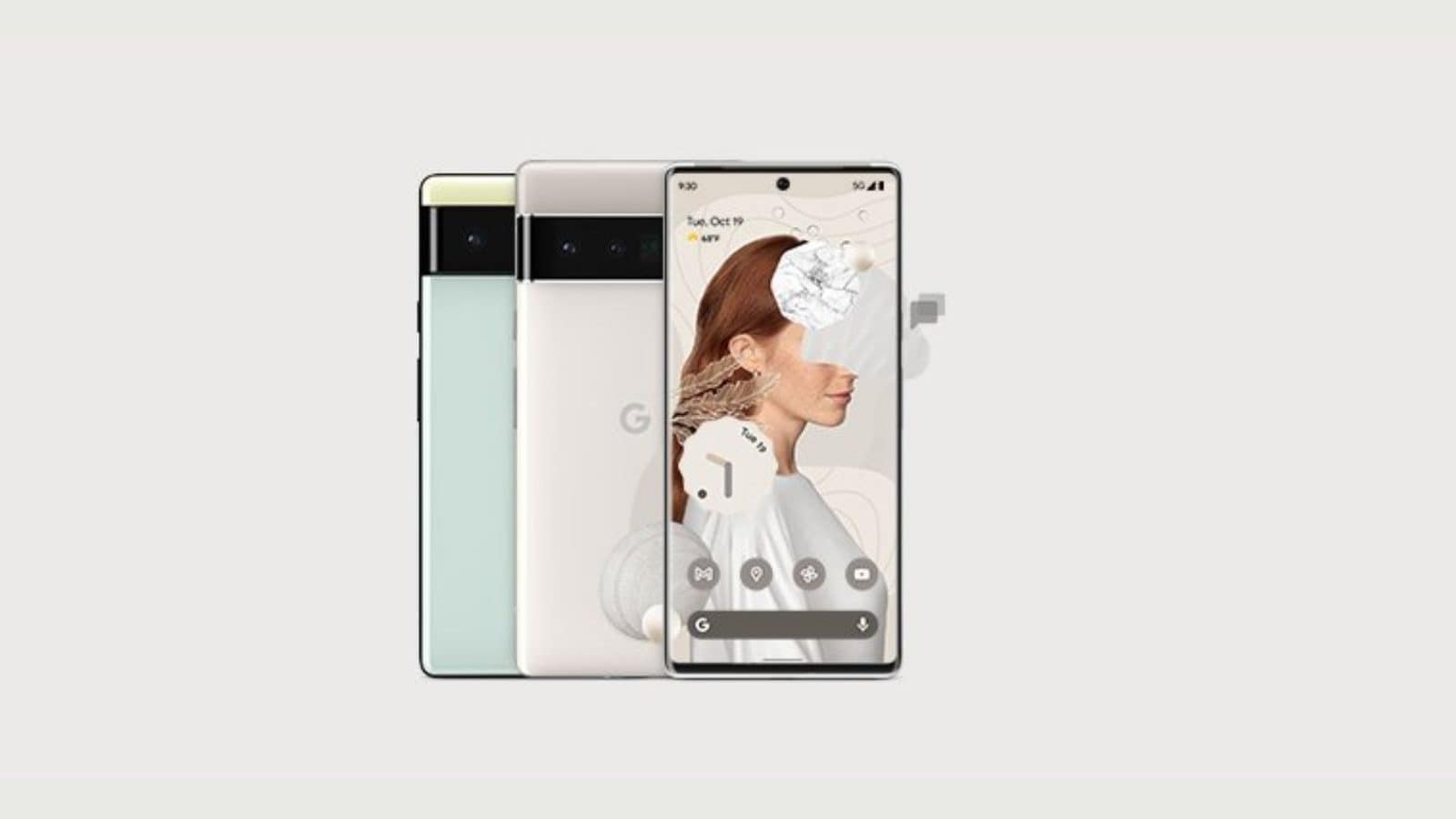 Google Pixel 6 series is finally here! The company, at its fall launch event, launched the Pixel 6 and Pixel 6 Pro, that are powered by the company’s in-house Google Tensor chip that enhances the Android experience on the Pixel 6 series. Google said that the Tensor has been designed specifically for Google’s work with AI. The Google Pixel 6 has been launched at a price of $599 (roughly Rs 45,000) in the US, while the Pixel 6 Pro has been priced at $899 (roughly Rs 67,500). The smartphones will initially be launched in eight regions – US, UK, Australia, Canada, France, Germany, Japan and Taiwan. Availability in other regions like India is not known yet. The pre-orders start today with the smartphone being available for sale on

Now, throughout the event, Google executives talked about how Google’s Tensor chipset has helped the company achieve new features and remove barriers that the company has faced in the past. The Pixel 6 series with the Google Tensor chip and “state of the art” hardware, brings a completely new AI-driven experience, Google said during the event. The company says that the Tensor chip has helped it achieve the “best speech recognition,” “most advanced smartphone camera,” and the “highest security” on the Pixel 6 and Pixel 6 Pro.

The Tensor chip allows Google to enhance its machine learning algorithms, especially in terms of camera and AI features. The company said that the translation is now faster than ever, and Google Pixel 6 and Pixel 6 Pro users will be able to do many AI-related things with much ease with the Tensor chip within the Pixel 6 smartphones. The company has also been able to achieve 4K video recording at 60FPS frame rate, with Pixel-level image quality with the power of the Google Tensor chip.

During the event, Google also said that the Pixel 6 smartphones are the most secure Pixel devices the company has made. There is a Tensor security core that is a separate CPU-based subsystem for security purposes. The Pixel 6 and Pixel 6 Pro also come with a new Titan M2 security chip, and Google says that the Pixel 6 series will get at least 5 years of security updates.

The Pixel 6 comes with a 6.4-inch display with a 90Hz refresh rate. The smartphone is powered by Google’s Tensor chip and comes with AI capabilities that enhance security, Google Assistant, and other things. The smartphone comes with a redesigned camera bar that contains a dual camera setup – a 50-megapixel primary shooter that captures 2.5 times more light than Pixel 5, and a 12-megapixel wide-angle lens.

The Pixel 6 Pro, on the oher hand, comes with a larger, more advanced 6.7-inch LTPO panel that comes with adaptive refresh rate. The Pixel 6 Pro’s screen curves towards the edges. The Google Pixel 6 Pro is powered by Google Tensor paired with 12GB of RAM and has a triple rear camera that includes an additional 48-megapixel telephoto lens that enables 20X zoom and 4X optical zoom. There is an ultrawide front camera with 4k video recording on the Pixel 6 Pro, and the smartphone comes with the biggest battery ever on a Pixel.