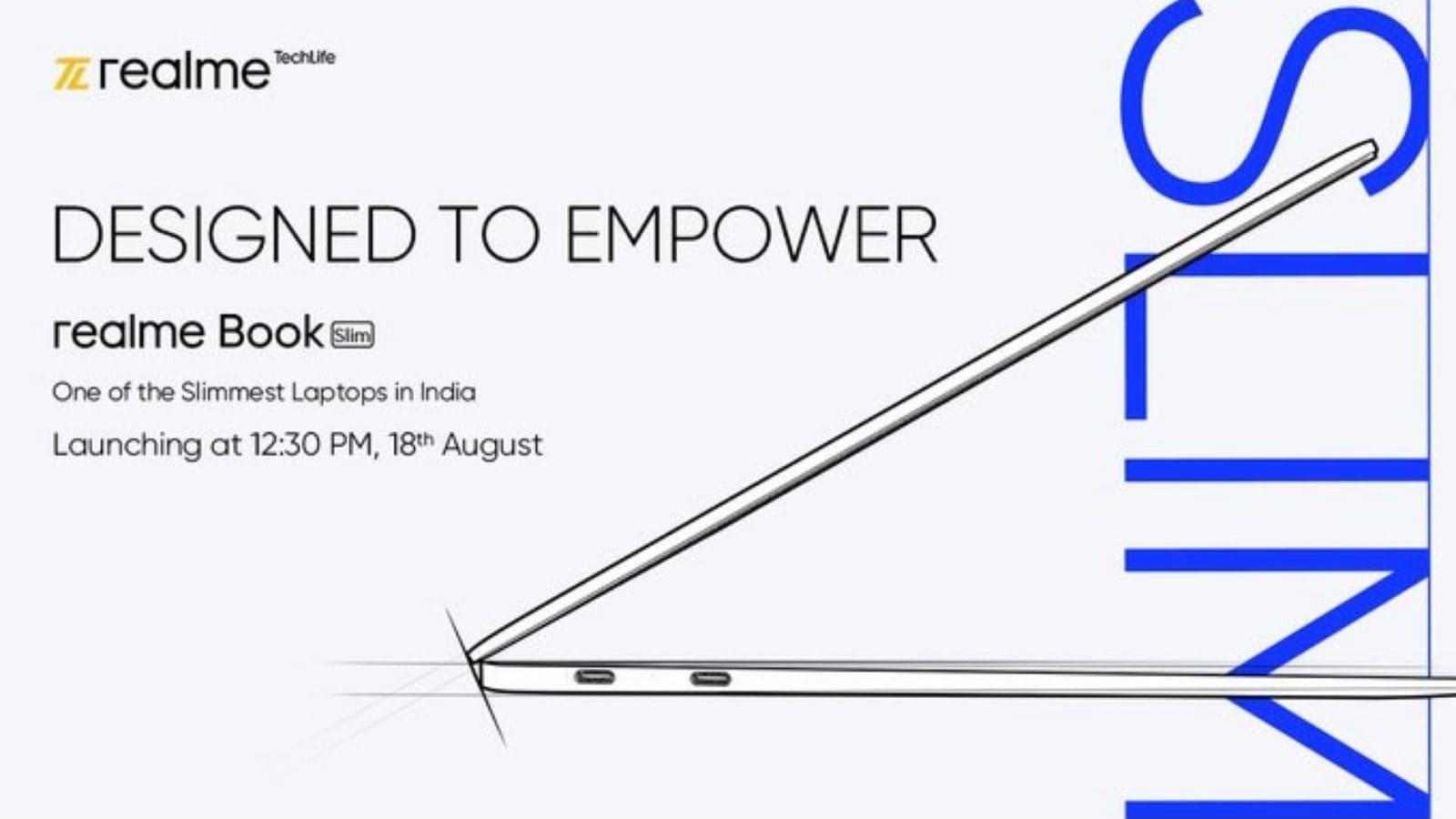 The Realme Book Slim will launch in India on August 18 with Realme GT 5G and Realme GT Master Edition.

Realme India has announced that its upcoming Realme Book Slim laptop will feature an 11th-Gen Intel Core i5 CPU ahead of the official India launch on August 18. The company has set up a dedicated micro-site that also offers a host of other information. The website reveals that the notebook will sport a display with 2K resolution, 90 percent screen-to-body ratio, and 100 percent colour gamut. Last week, Realme claimed the its first laptop features an aluminium alloy body design and measure 14.9mm in thickness. From the promotional posters available on the website, the Realme Book Slim looks similar to Apple’s MacBook laptops. There will be at least two colour options (Silver and Blue) with connectivity options such as a USB Type-C port with Thunderbolt 4 support, two USB Type-A ports, and a standard headphones jack.

Its high-resolution renders also surfaced online last month. The leaked renders highlight the Realme Book (or the Realme Book Slim) in a silver colour design and narrow bezels on the screen, with the Realme logo again on the lid and chin of the screen. In terms of specifications, the Realme Book might carry 11th-generation Intel Core i3 and i5 CPUs under the hood, with multiple RAM and SSD options. The company had previously confirmed that the laptop would be eligible for Windows 11 update whenever Microsoft rolls out the stable version.