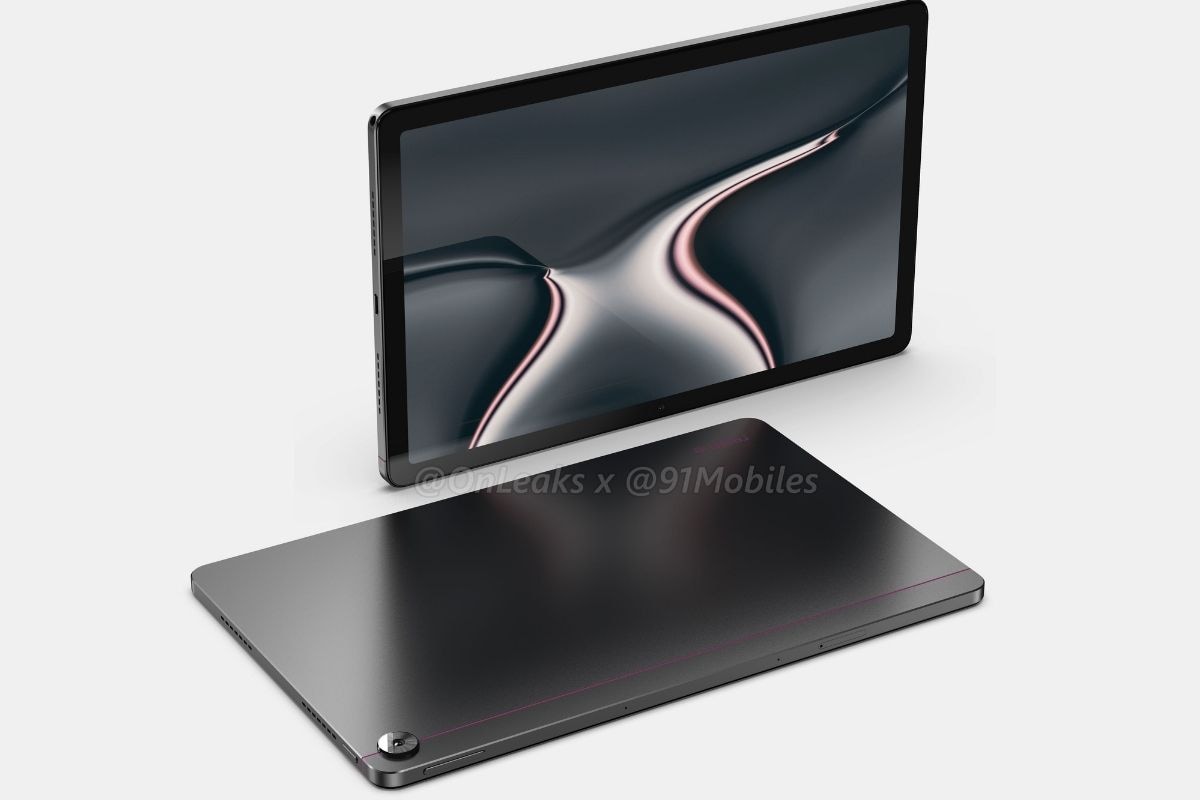 Realme has confirmed the development of Realme Pad (Image: 91 Mobiles with OnLeaks)

A certification recently tipped that the Realme Pad would carry a 7,100mAh battery and have model number BLT001.

The Realme Pad tablet has been confirmed to be in the works for quite some time, though most of its details remained sparse. A new report by 91Mobiles with tipster OnLeaks highlights the tablet’s high-resolution renders that tease its Apple iPad Air 2020-inspired design with narrow bezels on the screen. The Realme logo sits at the bottom of the rear panel that also adopts a dark grey finish, which appears to be made of metal. According to the report, the upcoming Realme Pad sports a 10.4-inch display with a single selfie camera at the centre for video calling. The rear panel also carries a single primary shooter, but the camera specifications remain unclear. Notably, the same tipster recently shared the alleged renders of Realme’s first laptop dubbed Realme Book that is said to launch later this year.

The renders further highlight a flat-edge design and volume rockers on the right. At the top, we can notice the power button (likely integrated with fingerprint scanner), and the bottom includes a USB Type-C port and two speakers. There also appears to be a slot for a microSD card for memory expansion and a stylus that may come bundled with the tablet. The report notes that the Realme Pad would measure 246.1×155.8x 6.8mm, though the thickness increases to 8.4mm if the protruding rear camera is taken into account. To recall, the iPad Air 2021 measures 247.1×178.3×5.8mm and weighs 1.01 kg.

Meanwhile, a certification recently tipped that the Realme Pad would carry a 7,100mAh battery and have model number BLT001. On the other hand, the upcoming Realme Book is said to feature 11th-generation Intel Core i3 and i5 CPUs, with multiple RAM and SSD configurations. The company had previously confirmed that the laptop would be eligible for Windows 11 update whenever Microsoft rolls out the stable version. Realme is yet to reveal the exact launch date of Realme Pad and Book.