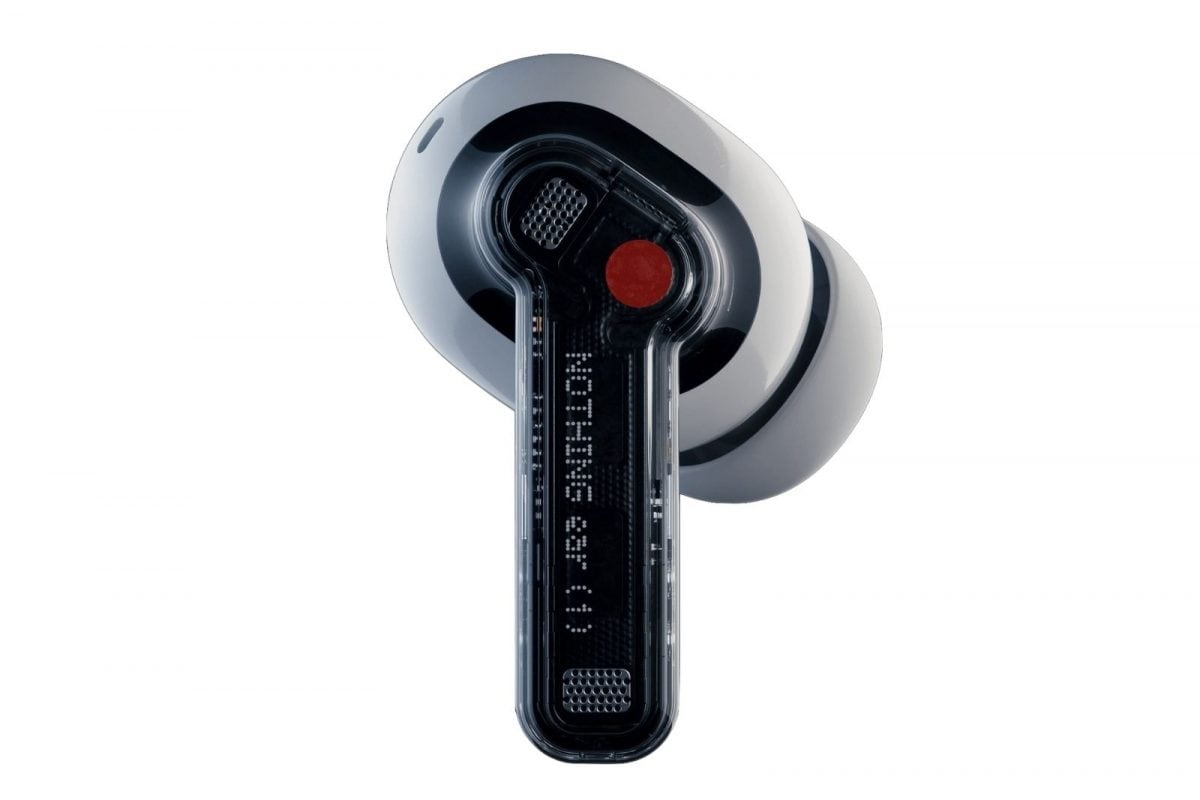 There are often times when palpable excitement precedes a product launch. You may be excited about a different tech product than I may be, but it happens only ever so often. This is one of those times. The odds of you being excited about the Nothing ear (1) wireless earbuds, are strong. Transparent buds and case as well as noise cancellation (ANC). Earbuds as a category has been catching everyone’s attention over the past 12 months, also accelerated perhaps by changing work scenarios than just the need to get rid of wires. Fast forward, and no other wireless earbuds perhaps except the Apple AirPods, have had such a weight of expectation on their shoulders. After all, these are Nothing’s first tech product. Spoiler alert, this really impresses in some respects, while there are occasional typical gen 1 product niggles that should eventually get ironed out.

First Impression Is The Lasting Impression? Nothing made all the right noises pre-launch and that was also helped by the fact that the price tag wasn’t left at the altar of speculation. The Nothing ear (1) wireless earbuds are priced at Rs 5,999 and if you didn’t notice, Nothing didn’t take the lazy route and simply do a direct conversion of the global price tags, bolt on the local taxes for India and sell you these wireless earbuds at whatever it all totaled up to. Globally, the Nothing ear (1) wireless earbuds are priced at £99, $99 and €99. We must complement Nothing for this rational look at pricing in India—a direct conversion from the S99 price point would have meant a price tag of around Rs 7,300 before taxes etc. would have been added on.

Nothing Like You Have Seen Before: We have seen some really pretty wireless earbuds. We have also seen some very unique looking wireless earbuds. But we surely haven’t seen anything quite like this. For all the wow factor of the Samsung Galaxy Buds Live, the pleasing blue finish of the OnePlus Buds, the sophistication of the Anker Soundcore Liberty Air 2 Pro, the brilliance of Sennheiser’s earbuds or the familiarity of the Apple AirPods, there is the Nothing ear (1) wireless earbuds which have something very different indeed. Transparent stems on each earbud reveal what’s inside. You normally don’t see the skeleton and the innards of gadgets, but in this case, you do. The workings, up close and as personal as they can get without human contact.

Familiar Yet Very Different: At first glance, the design and the contours of the Nothing ear (1) wireless earbuds looks familiar. To perhaps the Apple AirPods Pro. But they aren’t. There’s that slight extra right angle that defines the interlink between where the ear tips fit inside your ear and the rest of the buds. The stem is also flatter which most certainly makes it easier for your finger to deploy the touch controls. More often than not, buds have curved stems, and touch responses don’t always get activated at the first attempt. Look closely around the curves of each earbud and you’ll spot where the noise cancellation pressure relieving vents are and where the mics sit. You can customize triple touch and touch-and-hold gestures for each earbud. Oh, and speaking of the ear tips, these aren’t normal silicone that most earbuds ship by default, but something called liquid silicone. Don’t expect a drastic difference in the feel and finish, but these definitely are a tad more supple, and that extra flexibility is easier on your ear canal.

The Case Is As Pretty As The Buds: We don’t often spend a lot of time talking about the cases of wireless earbuds, except a cursory mention of the colour and that everything works okay enough. In the case of the Nothing ear (1) wireless earbuds, there’s a lot more. The transparent veneer extends to this as well. For once, you’ll be able to see the earbuds as they sit in the case. I know you are thinking of this—yes, the charging notification LED is very much visible, but I did plug this in for charging one night and the orange LED to signify charging didn’t illuminate the room or bother my sleep. However, even after being fully charged, the case LED didn’t change to green, as I had chosen in the ear (1) app. Now that’s a typical first gen product niggle, mostly because of software. Mind you, that can be ironed out.

Delivers On The Sound, Where It Matters The Most: The Nothing ear (1) wireless earbuds starts building on the sound experience with a large 11.6mm audio driver. To be fair, not many come close except the OnePlus Buds which have a 13.4mm audio driver. From the very outset, the Nothing ear (1) will approach your music playlists with a neutral sound signature. That’s to give the extra flexibility for addition usage scenarios, including podcasts and Netflix binging where voice plays a larger role of importance than powerful bass. Then there’s the second layer of controls you get from the ear (1) app, which lets you choose between Balanced, More Treble, More Bass and Voice EQ options. All of these respond with subtle changes, and you’ll not suddenly feel any regret for selecting a particular mode just because it overdoes things. What’s missing is any ability to manually tweak the EQ, but then again, that isn’t a commonplace feature anyway.

The Secret Ingredient: You may not have realized this, but the sound tuning and getting the software to work with the hardware has been done by the experts over at Teenage Engineering, a Swedish tech company that specializes in audio products and accessories. The audio codecs which the Nothing ear (1) supports include AAC and SBC, and I can report that Dolby Atmos sound with the Apple Music streaming platform works seamlessly on the Apple iPhone as well as the Apple Music app for Android phones.

At Least There Is An App: The ear (1) app for the Nothing ear (1) is a companion app that I’m really pleased exists. A lot of earbuds don’t offer this sort of customization, which is a glaring omission. The ear (1) app is really neat and you can get around without ever getting lost along the way. The features are laid out well, and you have a general sense of intuitiveness about it all. That being said, a few features could add to the experience. For instance, right now, it doesn’t give any indication of the battery charge level in the case. Secondly, I didn’t see any further sound tweaks or anything to enable or disable Dolby Atmos, for instance. More than anything else, this may just help people discover their new ear (1) buds more.

Blocking Out The Din, If ANC Is What You Want: The ANC is rated at -40dB and Nothing says even wind noise at speeds as high as 40km/h can be isolated to amplify your voice via the microphone, during voice calls. My experience with ANC in wireless earbuds in general pretty much tells me that eventually, the pressure inside the ears tends to build up—that isn’t the case with headphones, simply because the design and implementation is totally different. In the Nothing ear (1), it’s a multi-layered approach to ANC, with the primary choices between Noise Cancellation, Transparency and Off. And for NC, you choose between Light and Maximum. Though it looks like a slider, it is actually not that. Kind of reminds me of the finer controls that Sony wireless earbuds get, for instance, with their companion app. If you notice a slight hum in any earbud with ANC on or off, open the ear (1) app on the paired phone and toggle ANC on or off, depending on how it was earlier—and this always worked for me.

Robust Battery Life Makes A Case For Itself: Nothing says the ear (1) wireless earbuds will be able to deliver up to 5.7 hours of battery life on the earbuds and up to 34 hours with the charging case, with the ANC off. With the ANC on, this will be up to 4 hours on the earbuds and up to 24 hours on the wireless charging case. Important to also point out that the transparent and visually distinct charging case is wireless charging ready, with any Qi wireless charger, which should make things super convenient. In my experience, and mind you that I tend to keep the volume quite low to not trigger a further worse reaction for my tinnitus, the battery life was actually a few minutes more than what Nothing claims for the ear (1) with ANC off. Times are such that I haven’t been able to use ANC extensively in stretches to get an exact data on battery life then, but the drain that I’ve noticed with staggered use of ANC matches the time estimates that Nothing claims.

The Last Word: Nothing ear (1) Set The New Benchmark For Affordable Wireless Earbuds