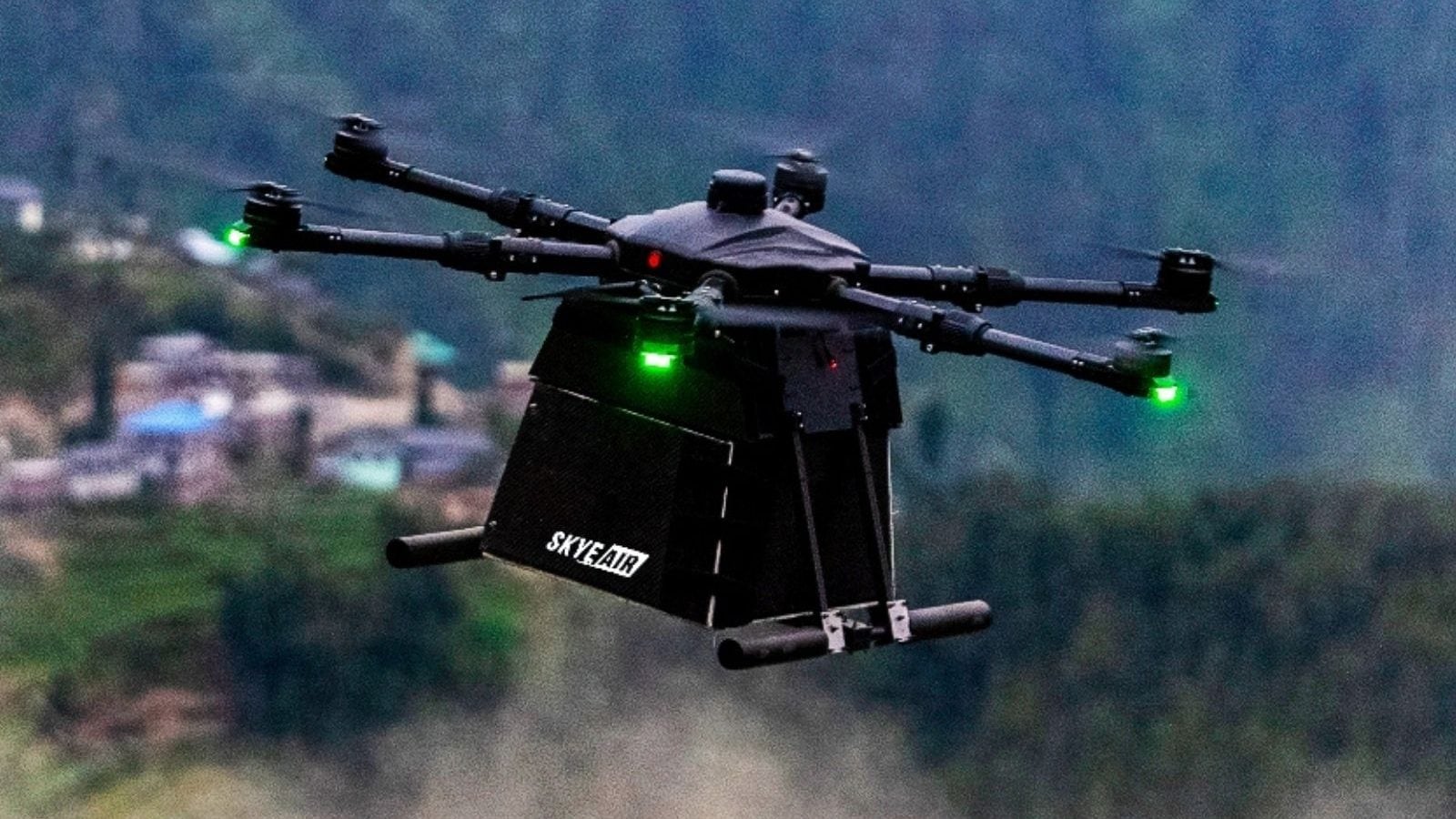 Skye Air Mobility’s focus on healthcare, ecommerce and food logistics, the company was also part of the “Medicines from the Sky” trials of the Telangana Government earlier this year

This week, the Government of India has released The Drone Rules 2021. The Drone Logistics Ecosystem will include companies, universities as well as public and govt. orgs. globally

The Drone Logistics Ecosystem has gotten its first Indian member, the drone delivery tech startup Skye Air Mobility. This comes at a time when the Ministry Of Civil Aviation of the Government of India has announced The Drone Rules 2021 for the use of unmanned aircrafts in India. the Drone Logistics Ecosystem has Singapore based AirGo Design, French start-up Dragonfly Pads and Australian company Freespace Operations. The idea is to evolve drone logistics market and the standardization or drone delivery technologies including delivery systems. With Skye Air Mobility’s collaboration with AirGo Design and the focus on healthcare, ecommerce and food logistics, the company was also part of the “Medicines from the Sky” trials of the Telangana Government earlier this year.

“The environment is optimistic, people have the right mind set, favourable government policy & projects and aerial technological advancements, drone delivery will be a game changer sooner than we think. Hence, we are certain that the collaboration between Skye Air and AirGo Design via Drone logistics ecosystem will prove to be mutually beneficial,” says Swapnik Jakkampuddi, co-founder and COO of Skye Air Mobility, in an official statement. Skye Air is working with companies in urban as well as semi-urban and rural areas to further reduce cost of deliveries as well as time taken for drone deliveries. The Drone Logistics Ecosystem will include companies, universities as well as public and government organizations globally, to build standardizations for the drone logistics.