Upcoming Smartphone Launches To Watch Out For 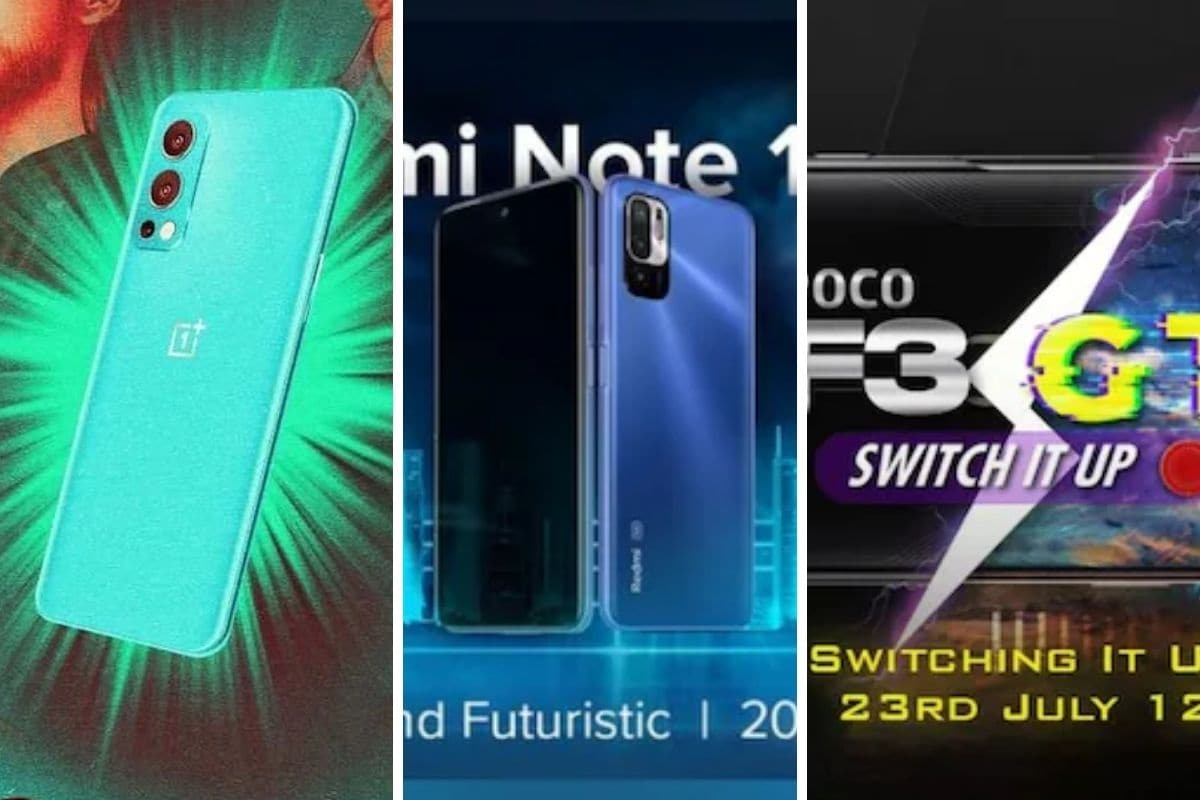 Every week, we see several launches in the tech industry across categories. The coming week we will see some important gadgets that will be launched in the country. One of the most anticipated launch scheduled for the upcoming week is the OnePlus Nord 2 5G launch. The company will launch the successor to last year’s successful mid-ranger, alongside its high-end true wireless earbuds, the OnePlus Buds Pro. Further, Poco will finally launch its much-awaited Poco F3 GT smartphone in the country, and Xiaomi will launch the Redmi Note 10T, among other launches. Let us take a look at what all is waiting for us in store:

2. Poco F3 GT: Poco’s highly anticipated smartphone – the true successor to the company’s Poco F1, the Poco F3 GT is all set to launch in India on July 23. The smartphone is rumoured to come as a rebranded version of the Redmi K40 Gaming Edition and will come with a MediaTek Dimensity 1200 SoC, a 120Hz display, and more. The Poco F3 GT will be priced somewhere around Rs 30,000 in India, a Poco executive said recently.

4. OnePlus Buds Pro: OnePlus, alongside the OnePlus Nord 2 5G, will launch the OnePlus Buds Pro on July 22. The high-end earbuds from OnePlus will come the company’s adaptive noise cancellation” technology and have other premium features like wireless charging and a new design.