Wrapping up the Arsenal transfer news, rumors and gossip in the 2021 summer window.

Who have Arsenal been linked with?

Various – Arsenal are continuing to revamp their transfer department with the addition of three new scouts (The Sun, August 19); Arsenal are prepared to sanction three more transfers for Mikel Arteta before the transfer window deadline at the end of the month (Daily Mirror, August 17).

Dusan Vlahovic – Arsenal and Tottenham have been quoted £60m by Fiorentina as they eye a transfer for striker Vlahovic (Sunday Mirror, August 15).

Houssem Aouar – Arsenal will turn to Lyon midfielder Houssem Aouar if they are unable to secure deals with either Martin Odegaard or James Maddison (The Sun, August 13)

Lautaro Martinez – Arsenal are ready to offer Martinez a lucrative £275,000-a-week contract to tempt him to leave Inter Milan and have a crack at the Premier League (The Sun, August 12); Arsenal were given a swift “no” by Inter Milan after offering to swap Alexandre Lacazette straight up for Martinez (Daily Mirror, August 3).

Freddie Woodman – The Newcastle goalkeeper has emerged as another possible option for Arsenal as they seek more depth in the position behind current No 1 Bernd Leno (Mirror, August 14).

Corentin Tolisso – Arsenal could have a free pass at signing the Bayern Munich midfielder this summer, with Manchester United reportedly having dropped their interest in a cut-price £8.5m deal (Daily Express, August 12).

Yacine Adli – North London rivals Arsenal and Tottenham are reportedly set to battle it out to sign the attacking midfielder from Bordeaux (The Sun, August 10). 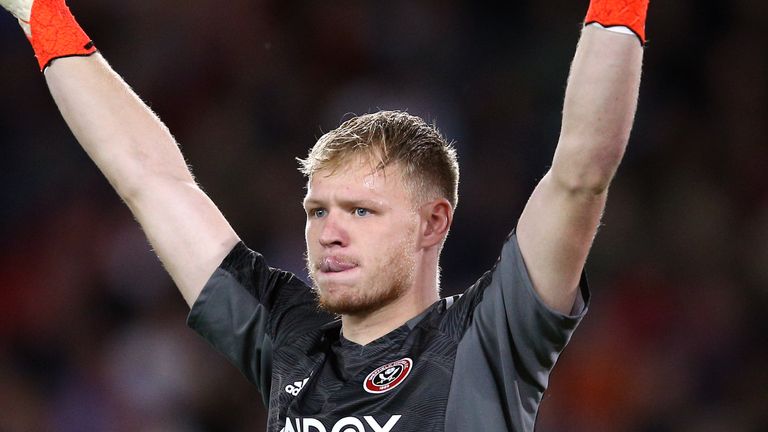 Bernardo Silva – Arsenal are exploring a shock move for the Manchester City midfielder as boss Mikel Arteta looks to add more creativity to his side (Sunday Mirror, August 8).

Marco Asensio – Arsenal could turn their attention to Real Madrid’s Asensio if they continue to be frustrated by their pursuit of Leicester’s James Maddison (Daily Mirror, August 5); Arsenal are leading the race for Real Madrid star Asensio (The Sun, August 3).

Sander Berge – Arsenal are set to be considering a double-raid on Sheffield United for midfielder Berge and goalkeeper Ramsdale (Daily Mail, August 5).

Matthew Hope – Arsenal and Everton are both reportedly interested in signing Schalke’s American striker this summer after his impressive displays in the CONCACAF Gold Cup (Daily Star, August 2).

Arsenal manager Mikel Arteta has hinted that the club’s transfer business may not be over this summer, and says they still have work to do to get what they want

The latest players linked with a Arsenal exit

After signing in January for Newcastle on loan from Arsenal, Joe Willock scored nine Premier League goals for the Magpies as he was crucial in their survival in the Premier League

Lucas Torreira – Arsenal midfielder Torreira is back in London but he could soon be on his way to Italy, according to reports (The Sun, August 20)

Hector Bellerin – Bellerin is growing increasingly frustrated at Arsenal and could see further competition at right-back added to the squad in the form of Barcelona’s Emerson (Daily Star, August 17); Bellerin’s agent is heading to London for talks over the Arsenal defender’s future (Daily Star, July 29); the agent was in Milan last week negotiating a move to Serie A champions Inter Milan. Inter want to sign the Arsenal right-back on loan but Arsenal want a sale, or at least a loan with an obligation to buy (Sky Sports News, July 28); Bellerin appears to be heading closer to the Arsenal exit door following reports Mikel Arteta is set to leave him out of his starting XI for the opening game of the season (Daily Mirror, July 26).

Eddie Nketiah – Brighton could swoop for £20m-rated striker Nketiah to help address their goalscoring form (The Sun on Sunday, August 8); Nketiah could be used as makeweights as Arsenal pursue a player-plus-cash deal for Leicester City’s James Maddison (Daily Mirror, August 4);

Reiss Nelson – Arsenal hope Nelson will sign a new contract before sending him out on loan (The Sun on Sunday, August 15); Crystal Palace are interested in signing the Arsenal forward on loan. Arsenal will allow the academy product to leave in the summer transfer window as his game time is likely to be limited next season (Sky Sports, August 3); Crystal Palace boss Patrick Vieira is going back to Arsenal with a bid for the winger (Sun, Aug 1).

Alex Runarsson – The Arsenal goalkeeper is on the verge of a loan transfer to Altay SK (Sun, July 27).

Sead Kolasinac – The Arsenal outcast is reportedly in negotiations to terminate his deal with the club (Sun, Aug 1).

Granit Xhaka – Xhaka has signed a one-year contract extension with Arsenal. The 28-year-old Switzerland captain’s new deal will run until at least 2024, with the option for a further year.

Emile Smith Rowe – The midfielder had been the subject of two bids from Aston Villa, but signed a new contract at Arsenal on July 22.