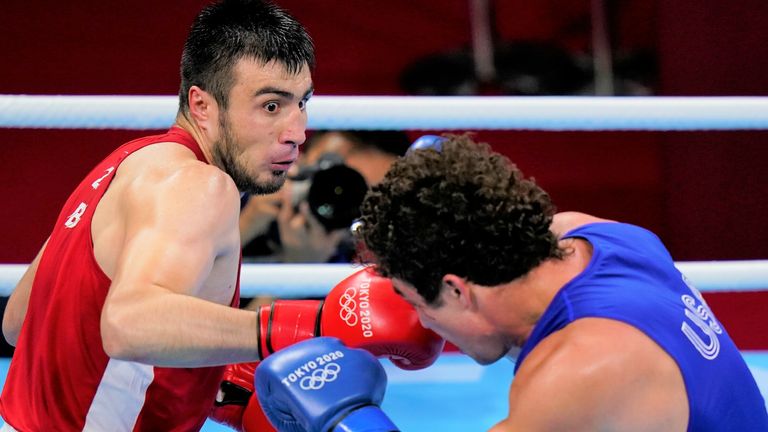 The Uzbekistan fighter was hurt in the opening round by a ferocious assault from Torrez, but inflicted a standing count on the Californian before receiving an emphatic 5-0 unanimously decision win in Tokyo.

Jalolov had inflicted a crushing knockout on Torrez while triumphing in the 2019 World Championships, but he endured an early scare when they reignited their rivalry.

An overhand left stiffened Jalolov’s legs as Torrez weaved into range to unload looping punches in a fiery first round.

But Jalolov asserted his authority in the second as his powerful left hands opened a cut and enforced a standing count for Torrez, who was also deducted a point for use of the head.

Torrez desperately tried to land a fight-ending shot in the third, although Jalolov eased out of range in the closing minutes to become an Olympic champion.

Keyshawn Davis had earlier been unable to claim gold for America as he suffered a 4-1 unanimous decision loss to Cuba’s Andy Cruz in the lightweight final.

Davis had quickly established his accurate jab in the opening round, but Cruz replied with crisp counter punches.

Raising the tempo, Davis rammed in a short right hand on Cruz to set up a tense finale.

But Cruz’s blurring fists breached the defenses of Davis in the closing round as the two-time world amateur champion added an Olympic gold to his impressive medal collection.