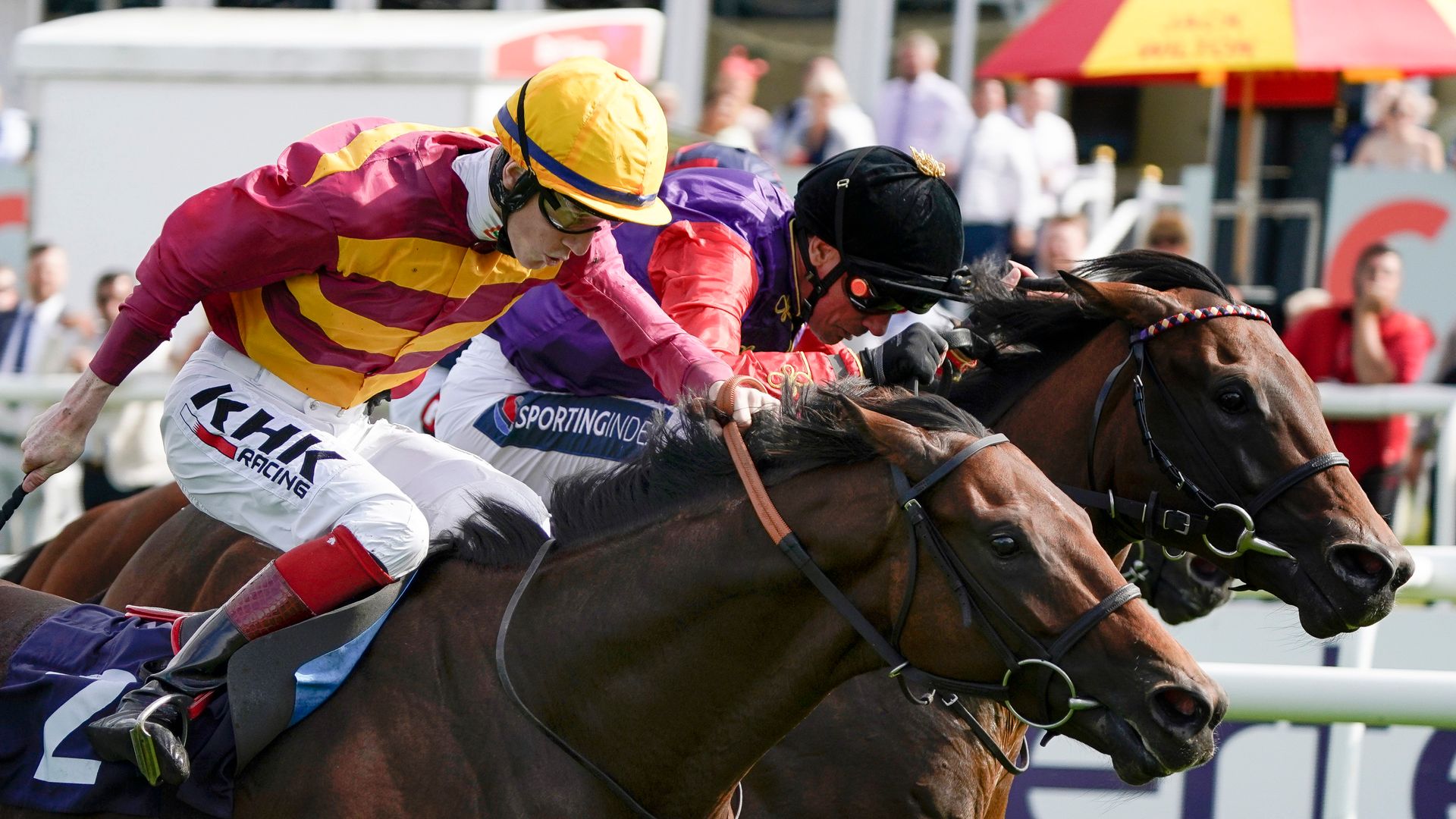 The Darley Dewhurst Stakes at Newmarket is the most likely next objective for Roger Varian’s exciting juvenile Bayside Boy.

Impressive when making a winning start to his career at Newbury in mid-July, the son of New Bay was narrowly beaten by previous Superlative Stakes runner-up Masekela on his return to the Berkshire circuit for a Listed event last month.

That form was well advertised over the weekend, with Bayside Boy beating hot favorite Reach For The Moon in the Group Two Champagne Stakes at Doncaster, and Charlie Appleby’s Superlative winner Native Trail claiming Group One honors in the National Stakes in Ireland.

The pair look likely to lock horns in the Dewhurst on October 9.

“We were very impressed with Charlie’s horse at the Curragh on Sunday – but our horse has only had three starts as well, and he couldn’t do much more than beat Reach For The Moon in the Champagne. He’d have to be considered as a high-class juvenile, I think.

“He’s a horse that will stay beyond seven furlongs, but he’s not a slow horse. He’s a strong traveler and has won a Group Two race that often points to the Dewhurst.

“He wouldn’t be out of place in the Dewhurst field, and I’m sure that will be the number one target – but he’s got entries in all the big races, and we’ll have to see how he trains over the next fortnight or so and speak to connections.”