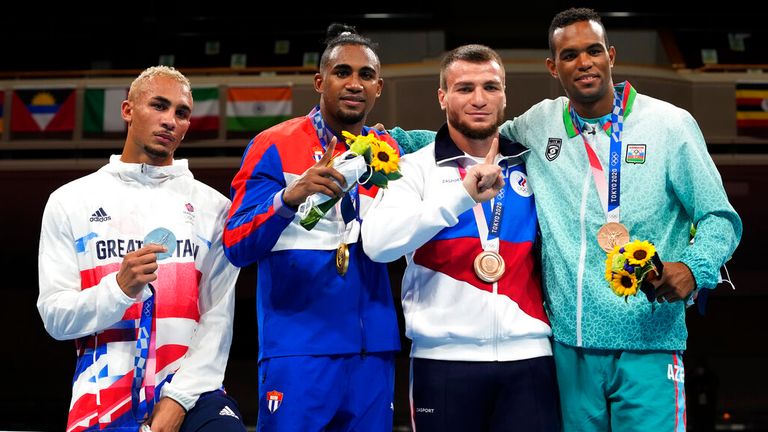 Ben Whittaker has spoken of his regret at not wearing his Olympic silver medal on the podium after his devastation at losing in the light-heavyweight final.

Whittaker became one of Team GB’s boxers’ record six-medal haul on Wednesday morning although he was beaten by Cuba’s Arlen Lopez, who became a back-to-back Olympic champion.

Whittaker was visibly upset when his opponent’s hand was raised and during the official photographs when the medallists stood on the podium.

“I was doing it for everybody at home and I felt like a failure,” he said.

“At the time, I should have put this beautiful silver medal round my neck and smiled because this is not just for me, it’s for the country.

“Even when I’m playing FIFA with my mates and I lose, I’m not talking to them for the next couple of hours.

“I wasn’t trying to take the shine away from Arlen’s moment but it hurt me so deep, and I felt so embarrassed.

“When I look back in a few years, it will probably feel like a great achievement, but I was so upset that I couldn’t enjoy it.”

Whittaker added he will look back at not wearing his silver medal and think: “What was I doing?”

He insisted he meant no disrespect to his opponent or any other Olympian.